January, especially early January, is not a good time for concerts, even in New York City.... January, especially early January, is not a good time for concerts, even in New York City. It’s cold out. Everyone still has their hangovers from the holidays. No tours are still ongoing, and no new ones have started. People are going back to work (unless you’re a federal employee and someone has decided to shut down the government…), not going out. Elvis Presley & David Bowie might have been born a just week after New Year’s Day & two weeks after Christmas, but there’s not much going on in the first few weeks of a new year.

Which is why it was so great that Blue Point Brewing put on a party for their The IPA at Avant Gardner in Brooklyn, on Saturday, January 12th, with Matt & Kim, Phony Ppl, Small Black, and S’natra.

First things first: Avant Gardner is kind of out there, off the Jefferson stop of the L train, and even then it’s farther than it appears on your phone’s map, for there’s a train track and industrial site blocking the direct route. One could literally see the top of a giant blow-up doll of a Blue Point can, yet fences and heavy machinery stood in the way. Thankfully, one didn’t need to be there on the dot, for it was a long event, and an afternoon one at that, running noon to six.

Once actually inside Avant Gardner, the check-in process included the regular, checking one’s I.D. for age and name on the list, and unusual, with a special wristband. Just past the entry desk, there were banks of electronic tablet-kiosks for one to register your wristband, including your credit card and creating a code. One would use that activated wristband to get drinks further inside, including the two free IPAs that everyone got. Yes, the wristbands were kind of confusing (needing to give a credit card for your free drinks), and yes, it wasn’t full open bar, even of the sponsored drink.

[note: your correspondent got VIP, which let him into the side VIP area, with buckets of free IPA. He could have tried to see how it fared as a regular attendee, but not using an open bar is not why he got into this…]

Through another large space, which had a large coat check off it (useful in January), was the actual concert area – this far into this industrial a part of Brooklyn, there is space for Avant Gardner to spread out. Despite it being early afternoon, the space was dark like the big EDM nightclub that Avant Gardner is (Destructo was playing there that night; Aphex Twin’s first NYC show this millennium will be there in April). The bars were fully stocked, so one could even buy non-IPA drinks from the tablets used to make your order. There were even two food trucks in the outside smoking area, Twin Greek and Eddie’s Pizza, key for a long weekend afternoon event, plus t-shirt maker. 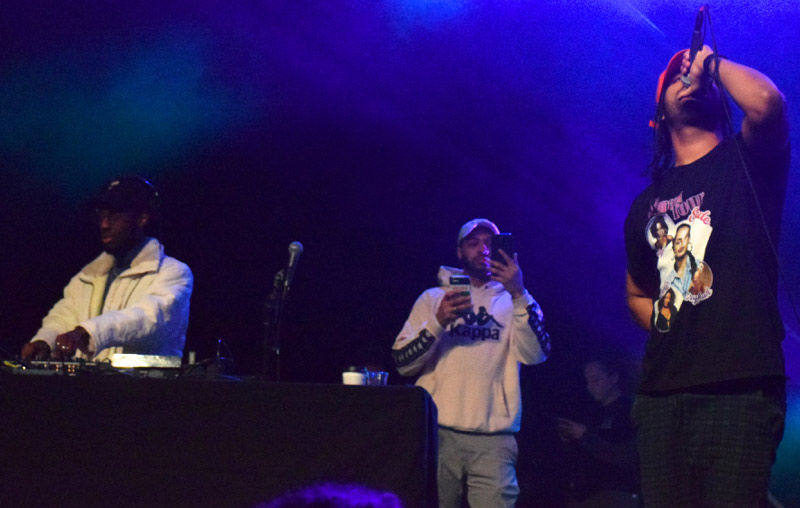 S’natra went on to an admittedly not huge or wholly engaged crowd, but it was 1:00 PM. Just the rapper and his DJ (plus of course some hanger-on making a shaky, low-quality recording of the whole thing on his phone, despite the ample professional video crew for the event), he did give it his all. The synth-led indie of Small Black fit well only about an hour later. While definitely an evening outfit, it was dark & cold & drunk enough for them at this time. Leaning away from their more intimate and emotional side and into their more electric, they were light enough without being too light. Sort of combining the prior two, sort of, was Phony Ppl, who had hip-hop energy with more avant-skill musicality. The group were more laid back at first, but that allowed them to ease the by now sizeable crowd into their music, displaying great excitement by the end. But no one’s as excited as Matt & Kim – except maybe a Matt & Kim crowd. While certainly no strangers to playing sponsored events, one still might have wondered whether the audience would be your wild Matt & Kim audience (especially without minors). It was also the duo’s first show of the new year. But it was a home show, a few L train stops away from their home on Grand (QRO review – it’s celebrating its tenth anniversary this year). And Mr. Johnson & Ms. Schifino are never not up for it. 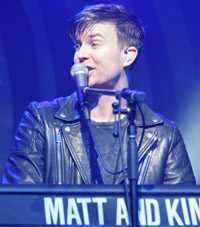 The set list had everything from oldies like Grand’s “Good Ol’ Fashioned Nightmare” to new pieces such as “Like I Used To Be” (from last year’s Almost Everyday – QRO review), not to mention covers from Duck Sauce’s “Barbra Streisand” to the very appropriate Van Halen classic “Jump”. They didn’t just bring their usual balloons for the fans to blow up and throw in the air, but also supplied inflatable sex dolls (already blown) to crowd-surf later on. And it’s always great to not only hear Kim talk about the filthiest subjects (her vagina talk would make the Sex & The City girls blush…), but watch Matt’s surprised reaction (you think he would be used to it by now). 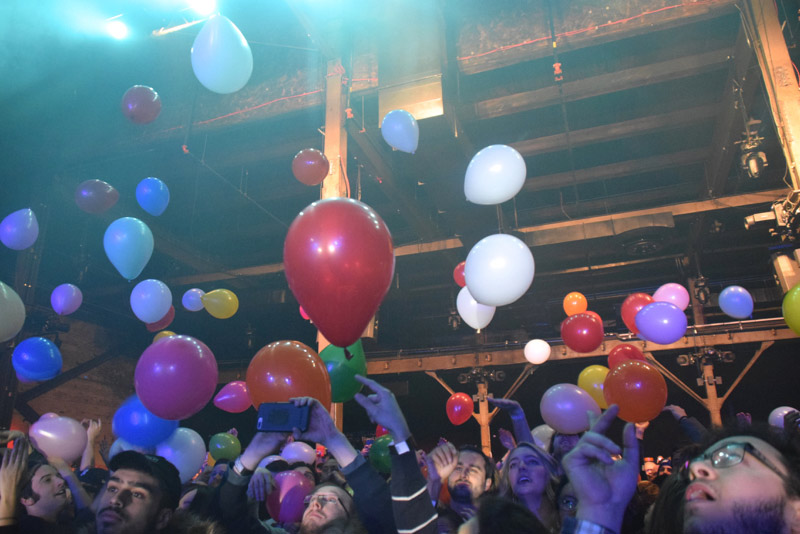 [note: Kim, surprised that she didn’t have a beer on stage, asked the crowd for one, and your correspondent, in the photo pit, selflessly gave her his (free) beer] 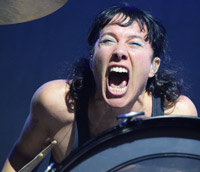 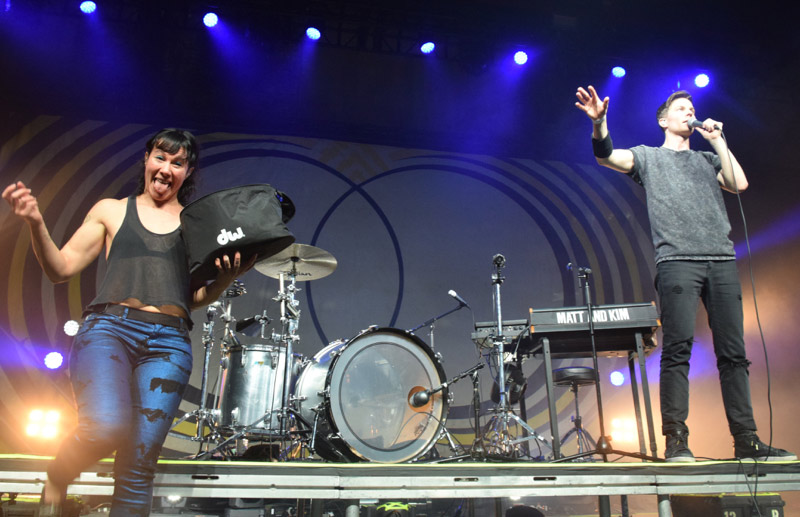 Deerhunter – Why Hasn’t Everything Already Disappeared?