This past weekend, May 12th & 13th, hip-hop and R&B came to Oakland in a big way as the inaugural Blurry Vision Festival took place at Middle Harbor Shoreline... 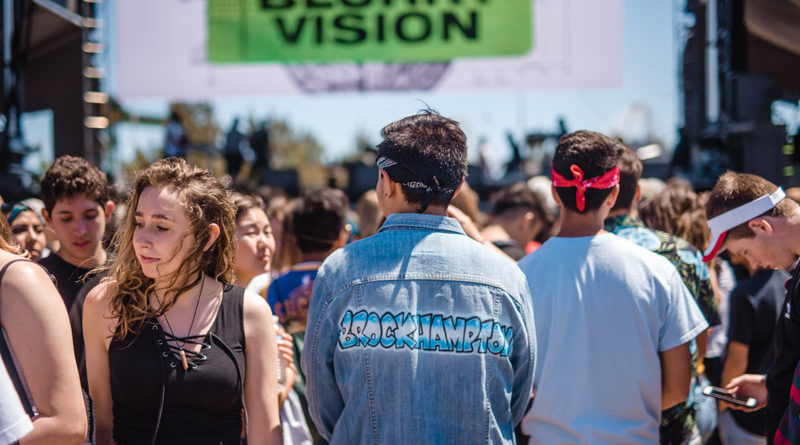 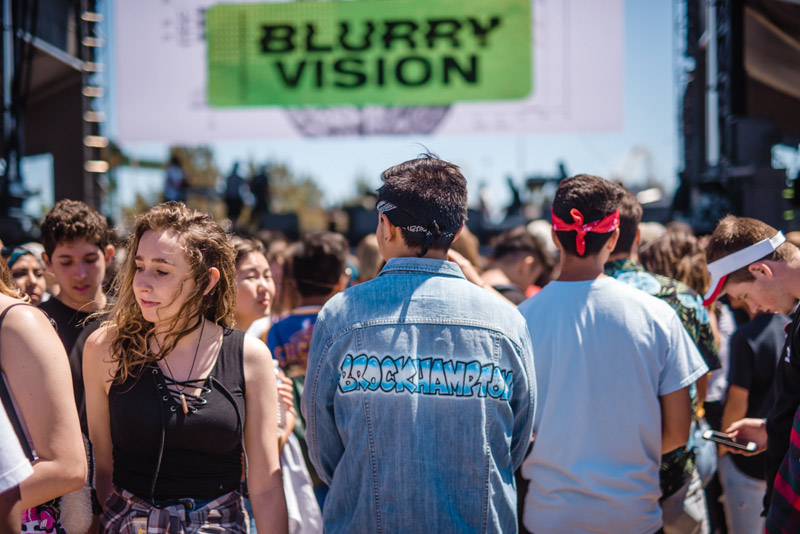 This past weekend, May 12th & 13th, hip-hop and R&B came to Oakland in a big way as the inaugural Blurry Vision Festival took place at Middle Harbor Shoreline Park. 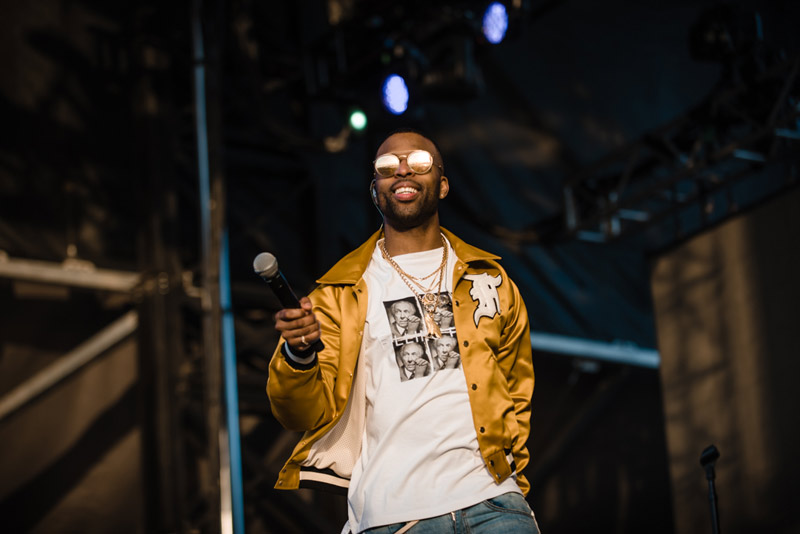 The festival – thrown by Goldenvoice’s San Francisco team – featured headline performances from SZA and Migos, but also featured a bunch of standout sets from NxWorries (Anderson .Paak’s side project with beat-maker Knxwledge), Alina Baraz, Brockhampton, DVSN, and Kamaiyah, among others.

The setup was simple – one stage that rotated so that there was very little downtime between performers.

Saturday was a bit hot until the temperature dropped dramatically once the sun went down. The festival sold out of their official sweatshirts by 3:00 PM on the first day, leaving a bunch of lightly clothed people shivering for much of the day. 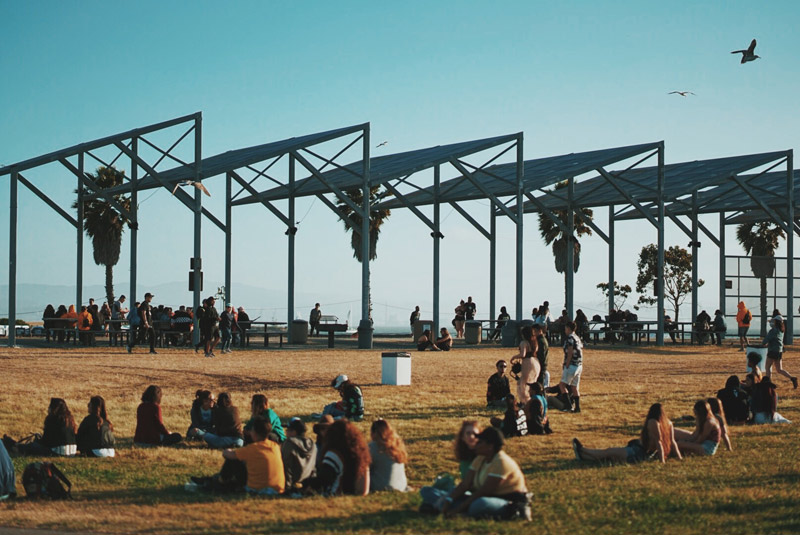 A lot of people questioned why this festival was scheduled for Mother’s Day Weekend. A lot of the artists are favorites of teens and people in their early twenties – a.k.a. the demographic most likely to still be living at home with their parents, or at least in close proximity. The crowd on Sunday seemed far thinner than Saturday, because how many kids can truly wriggle out of Mother’s Day plans by saying they’re going to see Migos?

That’s not to say that some didn’t try and make it a family affair. I saw what had to be a one-year old baby bouncing on the shoulders of her father during local Bay Area favorite Kamaiyah’s raunchy set, which featured booty-shaking dancers. The mom and dad also had two young daughters in tow. 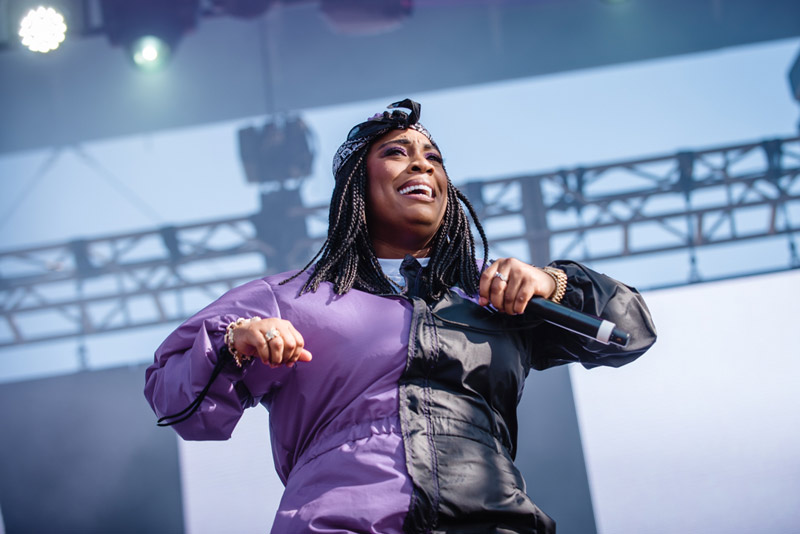 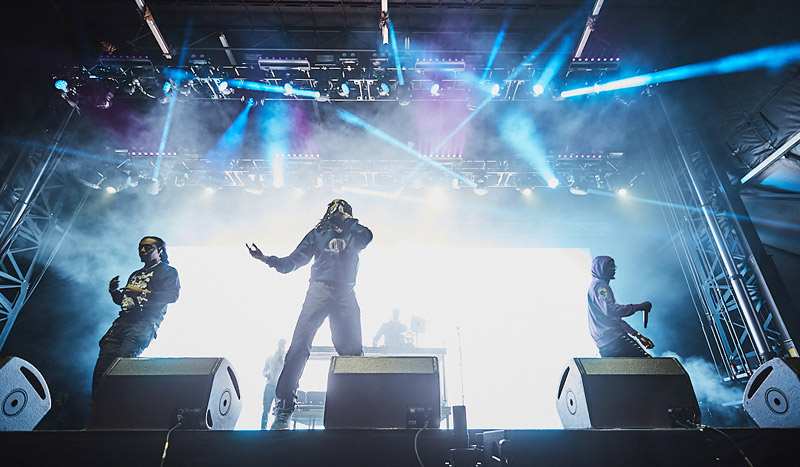 Migos were surprisingly on point. I’ve seen them a number of times before, most recently at Coachella weekend one where they showed up extremely late and delivered a pretty lackluster performance. They seemed on their game Sunday as they ran through their cavalcade of hits in front of adoring fans. 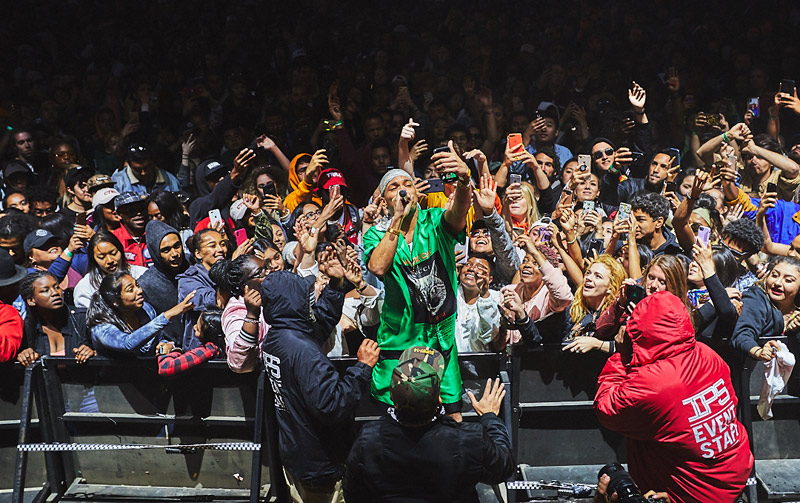 My favorite performance of the weekend came just prior to Migos. Anderson .Paak is my favorite live hip-hop performer right now, and he brought his side project NxWorries to the festival for a rare performance. Though it was weird seeing him just emcee and not jump behind a drum kit, the project features more of his singing skills than his own stuff. He is quite the crooner, and delivered some Sisqo-quality vocals. They closed things out with their swagged-out track “Suede”, which coincidentally was how I first discovered .Paak when doing research for Coachella 2016. 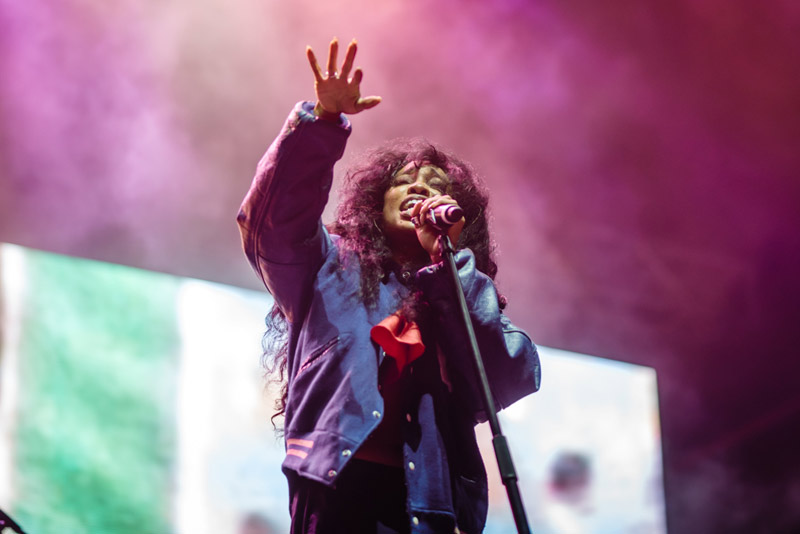 SZA closed out Saturday’s performance with a vibe-filled set. The singer has exploded in recent years thanks to her scintillating 2017 album Ctrl, which many people felt should have earned her a Grammy. 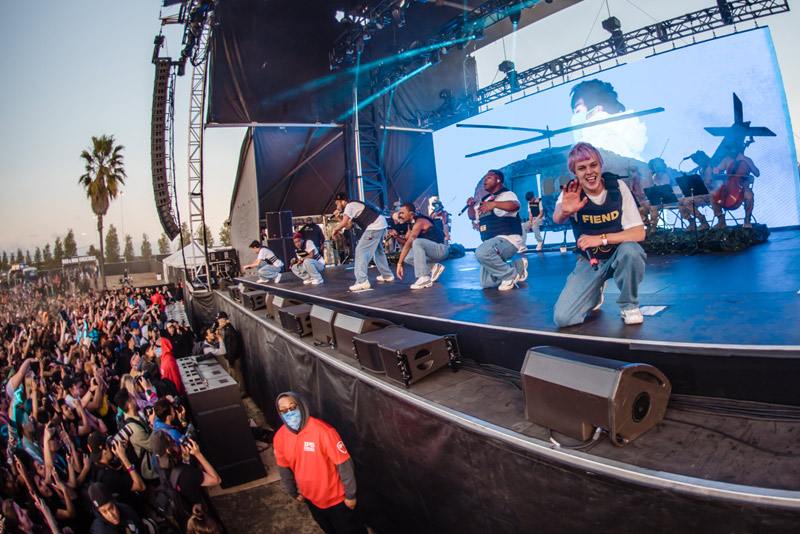 Brockhampton is for the teens. The self-proclaimed boy-band had fiery energy to their Saturday performance and the crowd ate it up. Many of them dipped out before SZA’s performance. 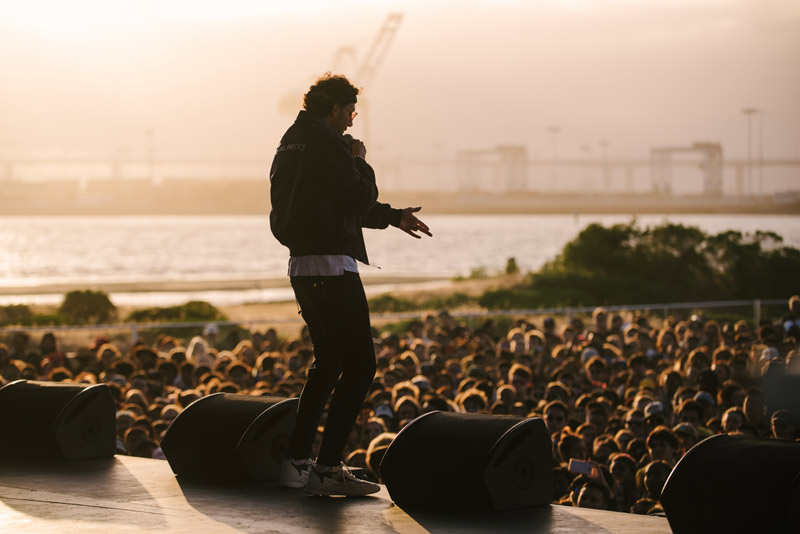 Majid Jordan brought some R&B flavor to Saturday, and the duo warmed the crowd up once the sun went down.

A favorite of Sunday for me was Alina Baraz, whose debut solo EP The Color of You dropped earlier this year to much fanfare. She’s got an angelic singing voice and was a favorite of the crowd as well. 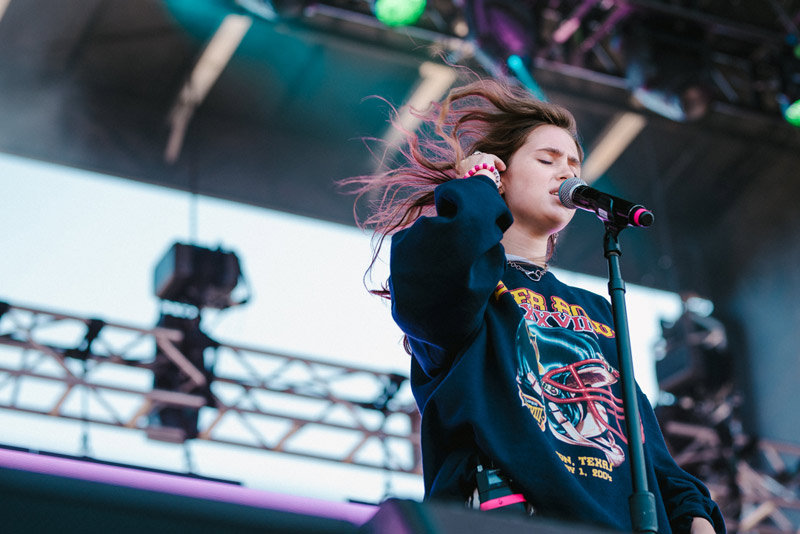 Up-and-comers like bedroom pop artists Clairo, R&B singer Xavier Omar, and singer Roy Wood$ also drew solid crowds and made the most of their brief sets. 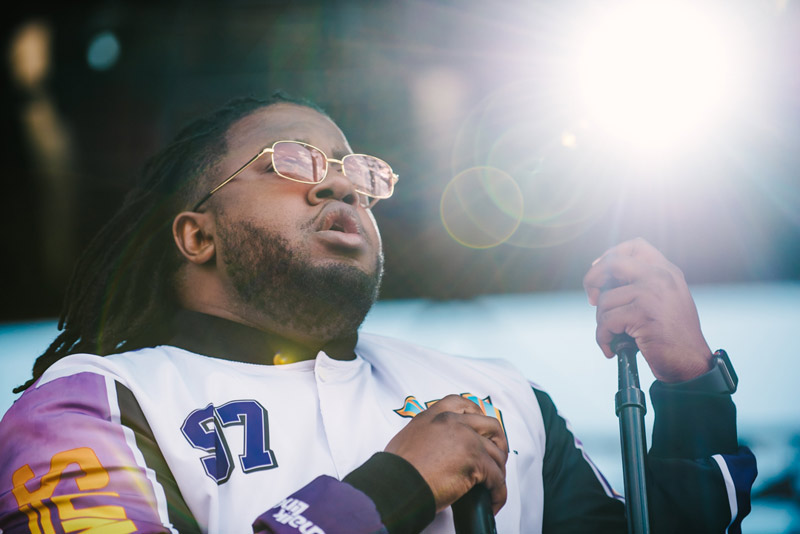 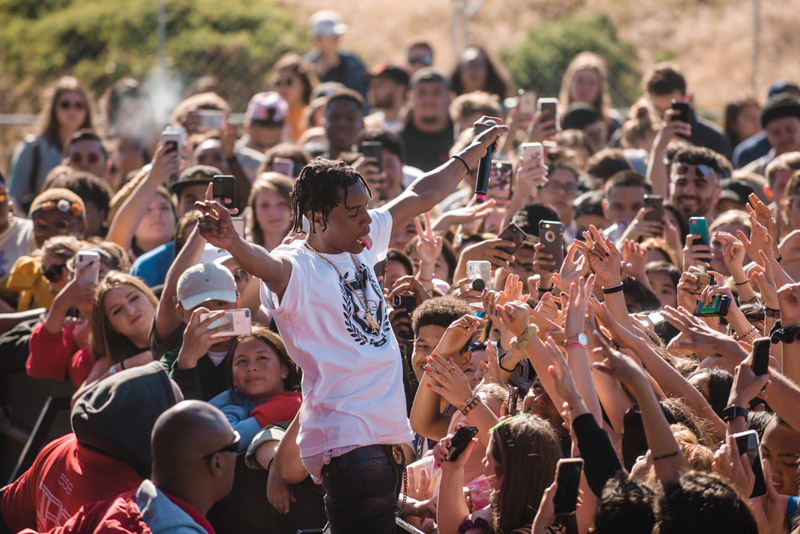 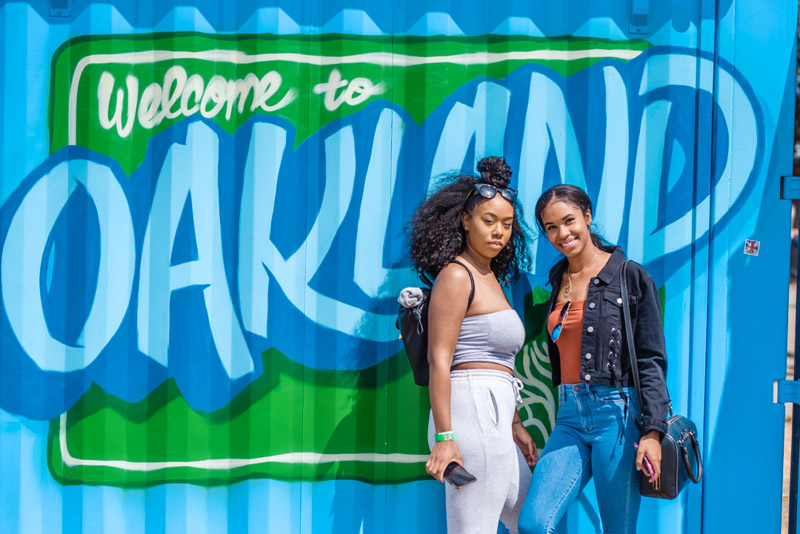 It’ll be interesting to see if Blurry Vision returns in 2019. They didn’t move a ton of tickets, but perhaps with better timing, it could continue. Those that I spoke to at the festival enjoyed the laid-back nature of the festival, though they thought the price tag was too steep for what was offered.

Oakland and the Bay Area has a big love for hip-hop dating to its earliest days – one thing the festival could do moving forward is book more local favorites. Outside of Kamaiyah, there wasn’t any local big-name recognition. Were Too $hort or E-40 too busy this weekend?