Some artists have such a long and great discography that there’s no way that they’re gonna place even close to all the songs that you want when you go... 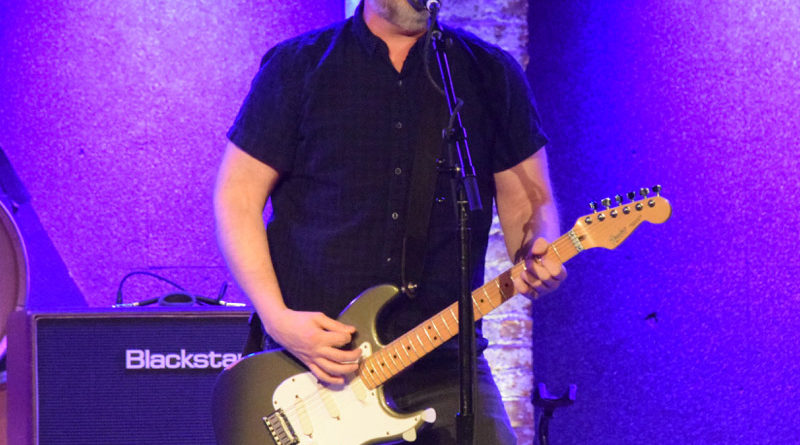 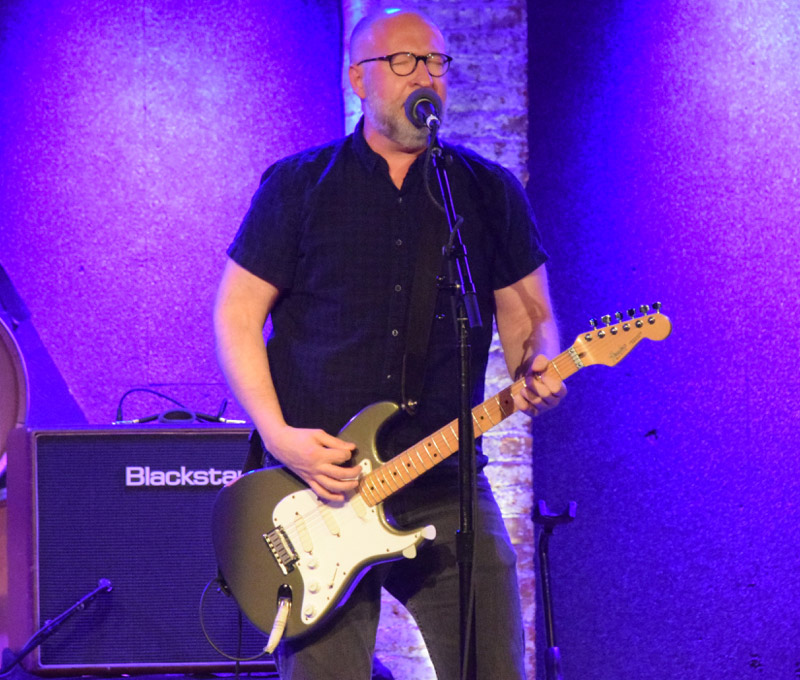 Some artists have such a long and great discography that there’s no way that they’re gonna place even close to all the songs that you want when you go to see them. Bob Mould has been making music for almost forty years now, first in seminal eighties punk band Hüsker Dü (QRO spotlight on), then solo, then nineties alt-greats Sugar, and again solo for the past two decades or so. He’s compiled a mass of songs and a dedicated fan base, which came out to see him at New York’s City Winery on Friday, February 10th.

The second of his two nights at the classy, seated winery/restaurant/venue (QRO venue review), yes, the crowd was an older one. But it must be said that, even to see a rocker such as Mould, it is kind of nice to be able to sit down, get not just drinks but also food delivered to you by a waitress, and just pay your check at the end of the evening. No getting beer spilled on you, no trying to find a place to stand, no slam dancing.

Two years ago, Mould and his band played City Winery (QRO live review) celebrating the twenty-fifth anniversary of his first solo album, Workbook (QRO deluxe edition review). For this night, it was just Mould solo (after a more folk solo set from opener Ethan Charles – QRO photos), but still with his electric guitar. It was also a set list that leaned much more towards his more recent material, particularly last year’s Patch the Sky (QRO review). While Patch is another strong record from Mould, one couldn’t help but wish that he’d lessened the new songs in favor of some old ones, though Sky’s “The End of Things” early on, “Voices In My Head” in the middle, and “Black Confetti” into the encore break did all stand out.

Still, it’s not like Mould didn’t do any old material. The night started with two Sugar tracks, “Hoover Dam” and “Your Favorite Thing”, plus maybe that band’s best known, most essential song, “If I Can’t Change Your Mind”, in the middle. And yes, there was Hüsker. At this point a few Hüsker songs, like Sugar’s “Change Your Mind”, are almost expected/required of Mould, notably the evening’s closer “Celebrated Summer”, and particularly for a solo show, the emotional “Hardly Getting Over It”. But thee were also a few surprises, such as rarely played “Up In the Air” and very timely “In a Free Land”.

But the best surprise was the encore return, “Love Is All Around”, a.k.a. The Mary Tyler Moore Show theme song. Hüsker Dü came from Minneapolis, which had embraced the classic television show set in that city, and Hüsker had covered it as a b-side that later earned it’s own video. Mould had put the song in his rear view mirror – to be fair, it’s a b-side cover he did in his old, old band – but had revived it last year. Thankfully, he’s kept it, or at least brought it back again, in tribute to the recently departed Moore.

Early on in the show, Mould mentioned that he had been political the prior night, so wasn’t going to this night. But, egged on by the crowd, he just had to say that he couldn’t believe what is happening (who can?), and can barely look a social media. When he asked, almost rhetorically, what is to be done, a fan shouted out, “Shoot the motherfucker!” Even for an audience as to the left as Mould’s, it would have been awkward, had Mould not gamely and quickly replied, “Which one?” Mould went on to point out that the guy who would take over could be just as bad, especially to him, a gay man.

Mould added that he thought he had a knowledgeable crowd, but has gotten flack for being political, hearing at other times, ‘We just want to hear the songs – leave the politics out of it!’ But, he noted, he’s been political for decades now, so no one should be surprised at this point. Indeed, for the ‘Bob Mould Signature Wine’ being sold at City Winery that night (a regular thing the place does when artists play, even teetotalers like Mould), all the proceeds were going to the ACLU.

Yes, Bob Mould didn’t play all, or even close to all, the songs that his long-term fans that night wanted to hear, but he really couldn’t (and “Love Is All Around” was the song you most wanted to hear…). For an artist as accomplished as him, you’ll always be wanting more. 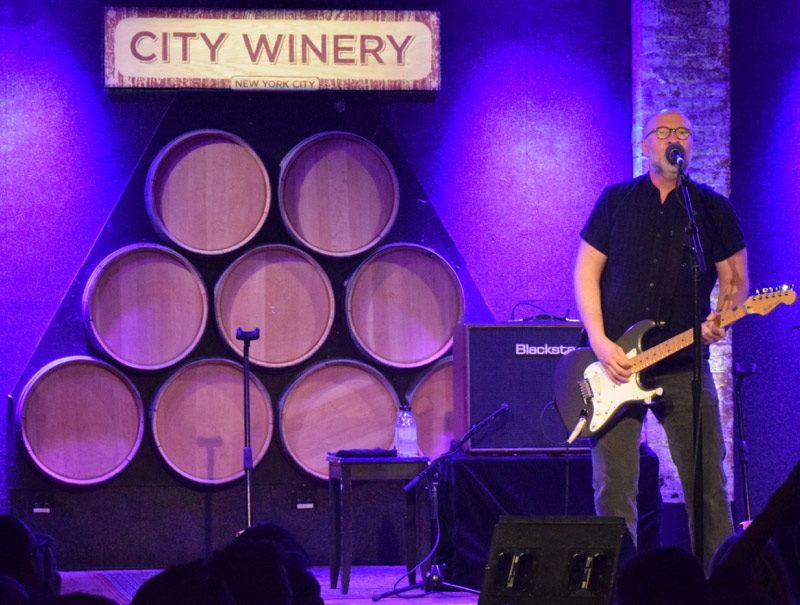 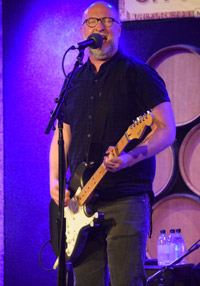 Hoover Dam
Favorite Thing
The End of Things
See a Little Light
I Apologize
The War
The Descent
You Say You
Up In the Air
Voices In My Head
Hold On
If I Can’t Change Your Mind
Hey, Mr. Grey
Hardly Getting Over It
Too Far Down
Pray For Rain
Tomorrow Morning
Chartered Trips
In a Free Land
Daddy’s Favorite
Black Confetti

encore
Love Is All Around
Celebrated Summer 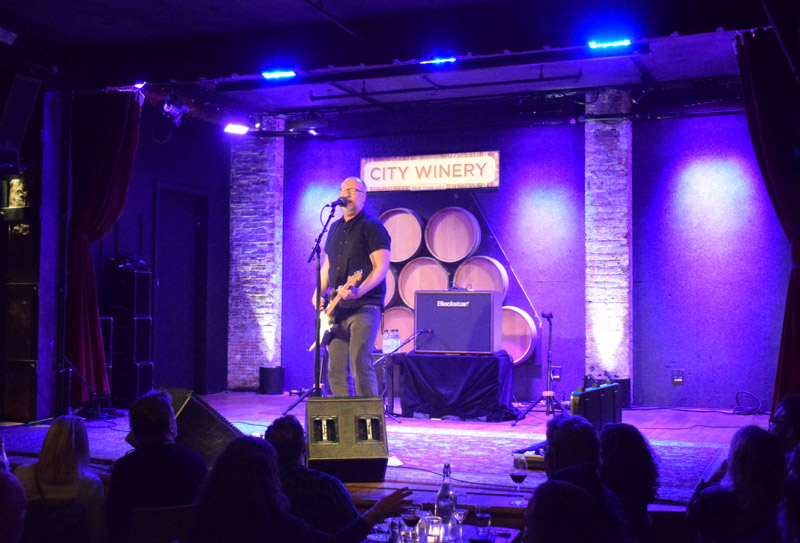