Bob Mould has been making great music for so long now, it’s amazing that he still has so much to say.... 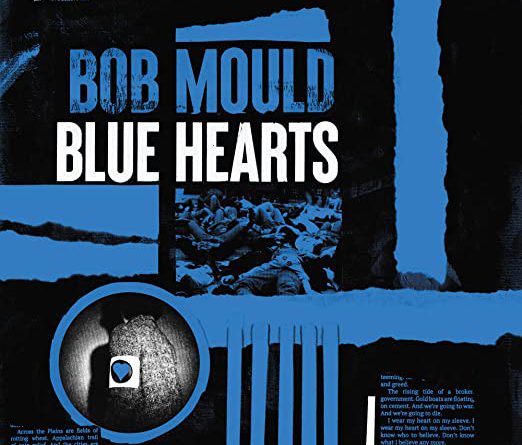 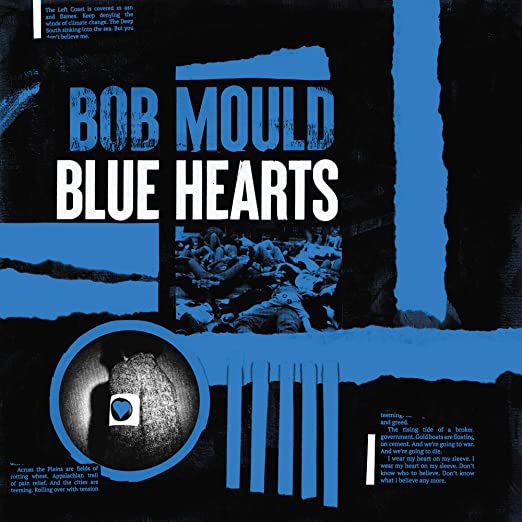 Bob Mould has been making great music for so long now, from his early eighties punk days in Hüsker Dü to his nineties alt-hits Sugar to his lengthy solo career (which has ranged all the way from acoustic to electronic), that it’s amazing that he still has so much to say.  Blue Hearts is definitely a take on all the crap that’s going down right now, with anger, sadness, and even hope.

Maybe like his turn-of-the-millennium phase of electronic output, Blue Hearts is one whole piece, from the acoustic lament opener “Heart on My Sleeve” to the wistful extended close “The Ocean”.  Yes, there are many moments of rage, because this is Bob Mould and this is where we are right now, with “American Crisis” (QRO review) the most obvious, but also the active indie-punk of “Siberian Butterfly” (QRO review) and even the more sarcastic “Baby Needs a Cookie” (which brings to mind fellow veteran punks Superchunk, with whom Mould shares a rhythm section, bassist Jason Narducy & drummer Jon Wurster).  But there is also the emotional call of “Everything to You”, the looking back of “Leather Dreams”, looking forward of “Forecast of Rain”, and even the hopeful “Little Pieces”.

Bob Mould takes us on his journey in Blue Hearts, a record very much of the now, but also applies to everywhen.  There is so much of today’s world that we can’t wait to see the back of (no coincidence this was released before November…), but only yet more of Bob Mould.

Billie Eilish – “No Time To Die”