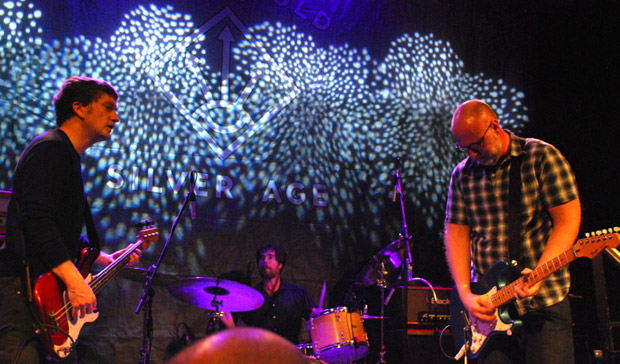 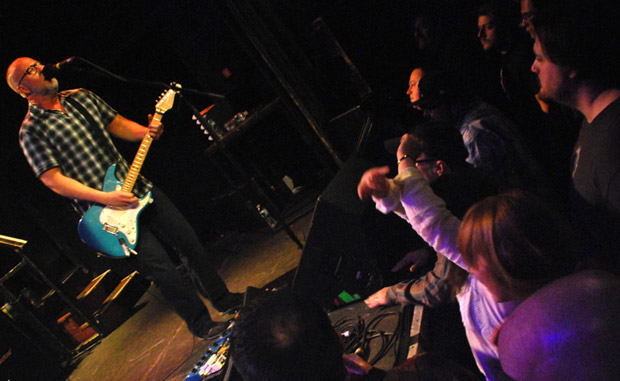 “It’s been what, all of five months?”  Bob Mould greeted the crowd at Bowery Ballroom (QRO venue review) for his first of two back-to-back nights there on Tuesday, February 26th, and it had been only five months since he played Williamsburg Park (QRO live review), albeit a one-night, free show in Brooklyn at a much bigger venue (QRO venue review).  That autumn night he had started off by playing all of Copper Blue, his seminal 1992 album (QRO deluxe edition review) when he was the main man in Sugar, before hitting up his new Silver Age (QRO review) and then closing with songs from his first band, eighties punk icons Hüsker Dü (QRO spotlight on).  But at Bowery, he… started with songs from Copper Blue, and then did some from Silver Age, before closing with (mostly) Hüsker material.  Still, Your Wig was Flipped. 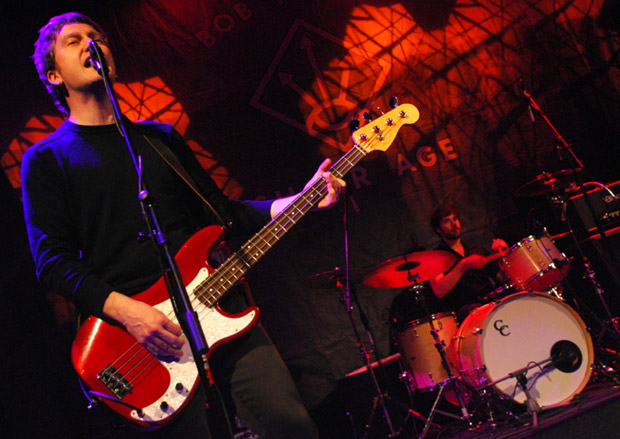 Last year was the twentieth anniversary of Copper Blue, and Mould (with backing band of bassist Jason Narducy and drummer Jon Wurster, also of Superchunk – QRO live review) played it cross-country, not just in Brooklyn but at festivals like Austin’s South-by-Southwest (QRO photos) in the spring and Fun Fun Fun Fest (QRO photos) in the fall.  For 2013 Mould announced that he was done with the front-to-back Blue performances, but would still keep tracks from it in his set list – and that was certainly true at Bowery.  The evening opened with four from Copper Blue in rough order (skipped third track “Changes”), “The Act We Act”, “A Good Idea”, “Helpless”, and “Hoover Dam”, and “Fortune Teller” made an appearance a few songs later.  Of course, Copper Blue is an amazing record, and one can never be unhappy hearing it live, but after having done the whole thing so recently (and you have to believe that the people who paid to see Mould on a Tuesday night in February had also been willing to go see him for free on a Friday night in September), it just couldn’t be as special. 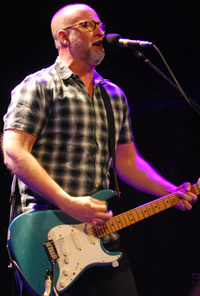 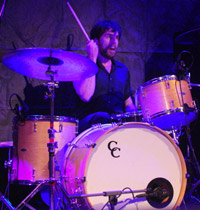 See also them playing “Could You Be the One?” and “I Apologize”

And then there was the encore.  Liberated from the set list, Mould & co. opened with a solo song that’s not from Silver Age, “Egøverride”.  The killer single from Mould’s underappreciated post-Sugar self-titled release, it was refreshing and still comical.  They jumped back to Copper Blue for “If I Can’t Change Your Mind”, but that’s one of Mould’s best songs ever, and it was a change & surprise, playing it so late in the set. 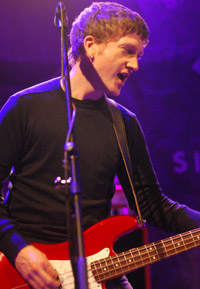 But the pièce-de-résistance had to be the final four pieces, all from Hüsker Dü’s 1985 release, Flip Your Wig.  If you were going to pick a record that Mould was going to dive into, it wouldn’t have been Flip, as it’s been overshadowed by the band’s double-LP masterpiece Zen Arcade, not to mention the more accessible prior Celebrated Summer, following major label debut Candy Apple Grey, or final record (and another double-LP), Warehouse: Songs and Stories.  Indeed, each of those four provided one of Mould’s four ‘usual’ Hüsker songs earlier in the night.  But when Mould & co. hit the crowd with Flip opener “Flip Your Wig”, “Hate Paper Doll” (a real rarity & surprise), single “Makes No Sense At All”, and barn-burning closer “Divide and Conquer”, it was amazing.  By the end, even the definitely older crowd (Mould joked early on about it being a “school night” and, “How many people have a babysitter to 1:00 AM?…”) started a good-natured mosh.

If there’s an artist who’s gonna repeat himself, Mould both has the great songs you’d love to hear again – and the great songs you’re dying to hear that you haven’t heard live even once.  He might be a bit heavy with Copper Blue (how about some from Sugar’s also-great File Under: Easy Listening?) and Silver Age (how about more from Bob Mould, or from his solo debut, Workbook?), and could use to vary up the Hüsker staples (how about “Something I Learned Today”, “New Day Rising”, “Too Far Down”, and/or “These Important Years”?).  But he’ll still make you Flip Your Wig.

Toro Y Moi : Anything In Return