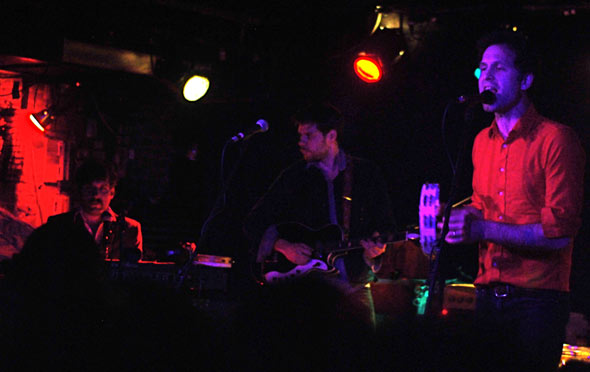 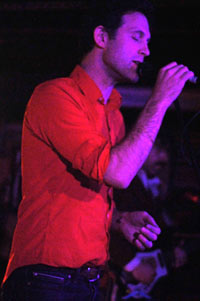 "I’ve seen rock ‘n’ roll dwindle because of fire codes.  Playing to a half-empty room just ain’t the same thing.  There should be some danger…"

Before Jason Collett (QRO interview) said the above quote, he admitted that he was going to "show his age" – throwing back to the days when rock ‘n’ roll was played in dingy, unsafe establishments like the late CBGB’s (or, as someone in the crowd shouted, "Fuck Giuliani!").  Collett’s certainly been accused of drawing to heavily on the rose-colored past, getting a little too Dylan on his latest, Rat a Tat Tat (QRO review).  But his show at New York’s Mercury Lounge on Friday, April 23rd wasn’t just about bringing back the best bits – not that there’s anything wrong with that – but more about returning rock ‘n’ roll to where it should be, the edges not shaved off, the party not marketed, and the music without a break. 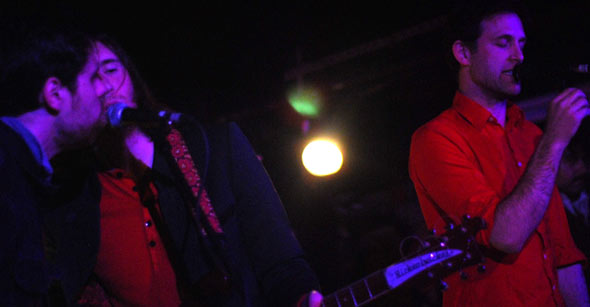 Click here for photos of Jason Collett, with Zeus and Bahamas, from this show in the QRO Concert Photo Gallery

Click here for photos of Jason Collett, with Zeus, at SXSW 2010 in Austin, TX in the QRO Concert Photo Gallery

Click here for photos of Jason Collett at Mercury Lounge on April 10th, 2008 in the QRO Concert Photo Gallery

This wasn’t just Collett’s show, as he was touring with labelmates Zeus and Bahamas, with the four-person Zeus serving as his backing band (and for Afie Jurvanen’s solo-project Bahamas).  Dubbed ‘The Bonfire Ball Revue’, the tour eschewed the standard ‘first opener-break-main opener-break-headliner-encore break-encore’ set up.  Instead, Zeus was on stage from the get-go, with Collett and Jurvanen stepping on stage to lead/join them at times.  Though this could definitely have come as a surprise to the audience – the Mercury gig was booked & billed as "Jason Collett, 8:30 PM; Zeus, 7:30 PM" (because it was booked as an early show, Bahamas wasn’t on the bill at all).  So if you’d come for Collett, and planned around the actual set times at Mercury being a half-hour after the advertised ones (the usual arrangement at Mercury – QRO venue review), you could have missed a lot of 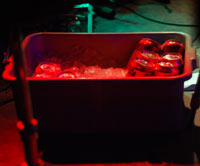 Collett.  Also, if you were in Mercury’s front bar, waiting for the post-Zeus break before making your way to the back stage area, no cue was coming.  Most importantly, when were you supposed to go get a beer?  The band had them on stage, in a tub of ice, but the crowd wasn’t so lucky…

Click here for photos of Zeus, with Bahamas, from this show in the QRO Concert Photo Gallery

Click here for photos of Zeus at 2012 Osheaga Music Festival in Montreal, PQ, Canada in the QRO Concert Photo Gallery

Click here for photos of Zeus at Music Hall of Williamsburg in Brooklyn, NY on May 8th, 2010 in the QRO Concert Photo Gallery

Click here for photos of Zeus at SXSW 2010 in Austin, TX in the QRO Concert Photo Gallery

This set-up also did mean that Zeus were on stage performing for a while – but the band was more than up for it.  For one thing, unlike the ‘aged’ Collett, Zeus are young folks (well, the drummer might be older, but he 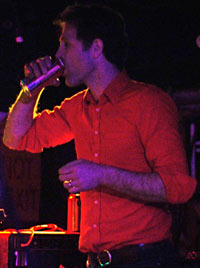 probably just looks that way because he’s a drummer with a beard…).  You could say their music isn’t, as their release this year, Say Us (QRO review), certainly hews to ’70s rock stylings, harder than Collett’s more singer/songwriter fare.  But live, their energy and just the sound of the rock amped up such tracks as "You Gotta Tell’er" or the new "Cornerstones".  Not once did they show a hint of fatigue. 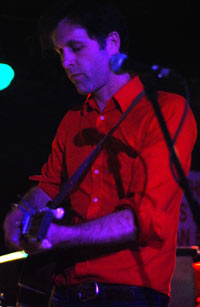 Still, there may have been more Zeus than you were looking for, if only because every time they did one of their songs, they weren’t doing one of whom you were looking for, Jason Collett.  And Collett stuck almost exclusively to Rat a Tat Tat, with only older ones seeming to be early piece "Hangover Days" (from 2006’s Idols of Exile) and late piece "Blue Sky" (from 2003’s Motor Motel Love Songs) – and apparently nothing from the record before Rat, Here’s To Being Here (QRO review).  But that did mean that you got all of Rat, like the excellent, relaxed sly "Lake Superior", or the following back-to-back "Love Is a Dirty Word" and "Love Is a Chain" ("I’m have trouble making up my mind…").  Before "High Summer", Collett explained the song’s Canadian reference, which came from famed Canadian writer Pierre Berton’s line that "A true Canadian is one who can make love in a canoe without tipping."  Some of the over-Dylan-ness of Rat was lifted in favor of a more upbeat atmosphere live, such as with the Rat threesome "Rave On Sad Songs", "The Slowest Dance", and "Long May You Love" in the middle of the show.  But Collett still showed off his folk-troubadour mentality with the new "Never Again".

Click here for photos of Bahamas at 2010 Osheaga Music Festival in Montreal, PQ, Canada in the QRO Concert Photo Gallery

Jurvanen got relative a short shrift, sitting in the back side of the stage for much of the show, looking like a roadie.  However, he did get to perform his "Already Yours" and "I Got You Babe", as well as give one of the best introductions to a song ever, "Hope it’s all right with you – we’re gonna do this with four electric guitars…"  And what would you rather play: as first opener, or with the headliner for effectively a double-, near triple-set?

Whether the guitar-party rock of Zeus, or the folk singer/songwriter of Jason Collett (and Bahamas), both 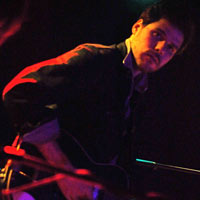 have been called retreads of earlier days of rock ‘n’ roll.  But must rock always be getting bigger and more hi-tech?  Didn’t stadium-ness lead to backlash against the spectacle rock of the seventies, or hair metal of the eighties?  Isn’t rock ‘n’ roll the music of the people, not up on a pedestal but down amongst everyone?  Take the closing cover of The Bee Gees’ "Jive Talkin’" – yes, not an original or even recent, but it also rocked, and isn’t that what’s important?  The Bonfire Ball Revue might just be what rock ‘n’ roll has always supposed to be. 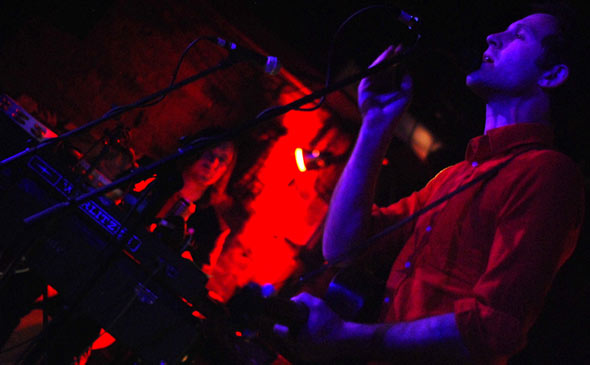