Wild Oldham had the last stop of his Bonnie 'Prince' Billy tour at Casino l'Alianca del Poble Nou in Barcelona. ... 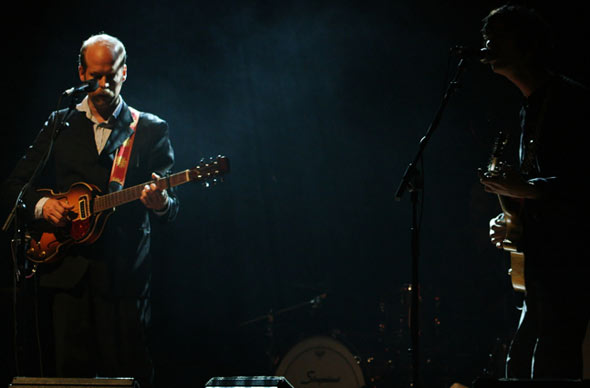 Click here for photos of Bonnie ‘Prince’ Billy at 2014 Le Guess Who? Festival in Utrecht, Netherlands in the QRO Concert Photo Gallery

Click here for photos of Bonnie ‘Prince’ Billy at Millennium Park in Chicago, IL on May 23rd, 2011 in the QRO Concert Photo Gallery 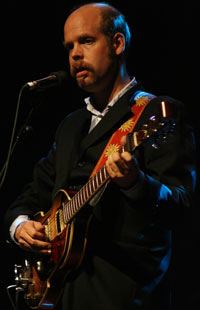 When you release records almost every six months with different names, and your work is not only limited to the music but you also contribute to many other things and even have time to appear in TV movies, it’s easy to lose focus – it’s easy to disguise yourself and think people won’t realize you’re just playing in another city and in front of yet another audience who will just cheer to any song you throw at them.

But Will Oldham, under his alias Bonnie ‘Prince’ Billy in this case, knows really well that a musician has to take care of the audience, and that it’s much better to show his true self instead of fooling those who pay him his wage. 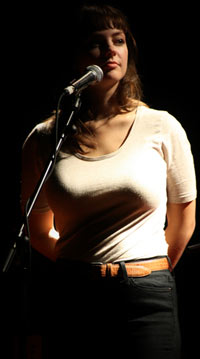 The Casino l’Aliança del Poble Nou, the venue used by many renowned artists during the last Primavera Club (QRO festival recap) in Barcelona, was the final stop of Oldham’s Spanish 2011 tour, on Thursday, October 27th.  His current band includes the talents of country voluptuous singer Angel Olsen and guitarist Emmett Kelly, among others, and as one who doesn’t like to play/do/act the same all the time, the set list was filled with many past references.  Beginning with two country songs, “Quail and Dumpling” and “No Match” from his latest record Wolfroy Goes To Town that were mixed with “The Letting Go (Love Comes to Me)” and “Beware (I Don’t 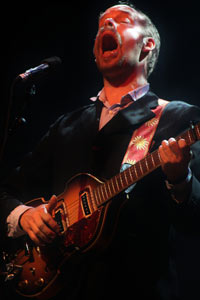 Belong To Anyone)”, the set then fluctuated from that and his previous ‘Billy’ works like “The Wonder Show of the World” to those as Palace Brothers.  Songs like “Beast for Thee” and “Teach Me to Bear You” sounded really well, with no cracks, with Oldham displaying his usual repertoire of movements that put him halfway between a mad man, a contortionist and a good-natured warlock of the desert.  “I See a Darkness” was the song that, past the hour of performance ended up becoming the central piece of the gig, when Oldham won over the audience and when the atmosphere was finally a relaxed and festive one from both sides. 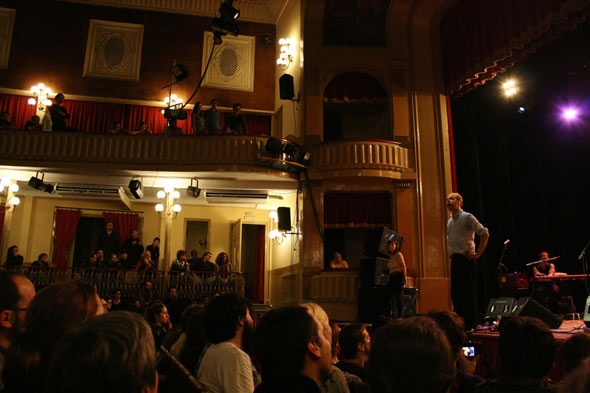 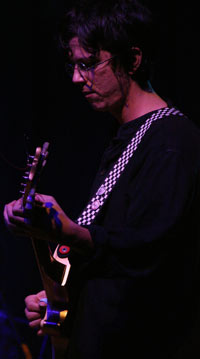 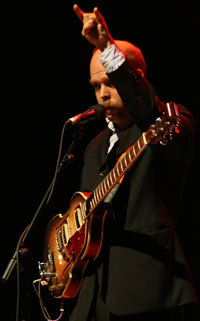 After some references that put him close to Jason Molina, the first encore was “Master and Everyone” and right then, after two exact excellent hours, Oldham asked the Casino crew to close the doors, “As we don’t want to bother the neighbours and be kicked out of here.”  Then he, Olsen and Kelly just went on the verge of the stage and then dive into the audience to sing a cappella the last trio of songs.  They ended with “I Called You Back”, a tender love song that simply showed that, with a proper venue, a proper atmosphere and a bunch of good hard-worked songs, an artist could take the risk of showing his true self without fearing to be ridiculous. 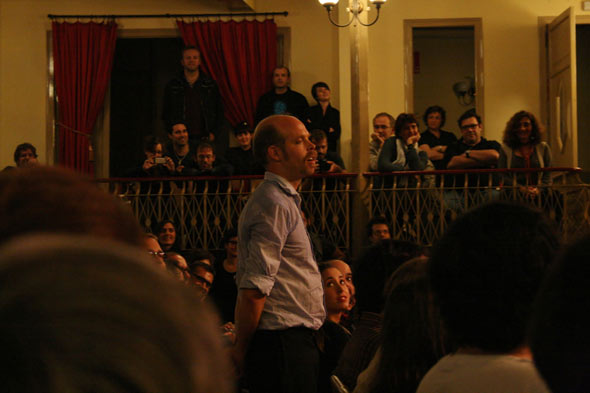