GOBBLE GOBBLE has changed their name to Born Gold — their new album Bodysongs drops 9/9.   What prompted the switch? Who knows…but the Canadian electro pop powerhouse glitter... 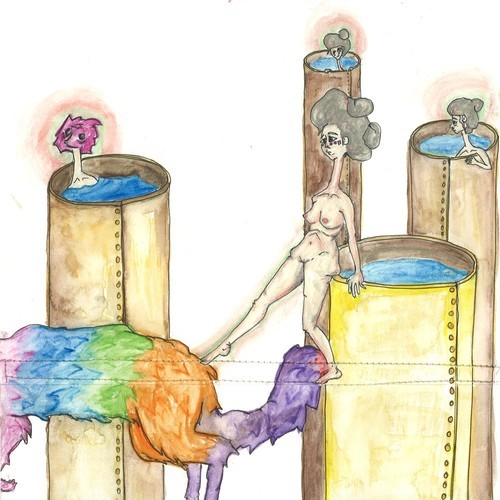 What prompted the switch? Who knows…but the Canadian electro pop powerhouse glitter monkeys march to the beat of their own drum. If you want to get your hands on the limited vinyl pressing of Bodysongs, I suggest you jump on it at Insound because the supply of 300 will surely not last long. During their epic cross-continent Infinitour, Gobble Gobble earned fans & friends all over that would love a vinyl remembrance of what is probably one of the best live acts going.

With the name change, who knows what will happen to the Gobble Gobble Tumblr, but you can check in at their Twitter, which has already changed its name to Born Gold. Stream the tracks below — "Alabaster Bodyworlds" from the new album (download it via Yours Truly), and a Gobble Gobble remix of Bike Month I’ve been enjoying lately. Cheers!