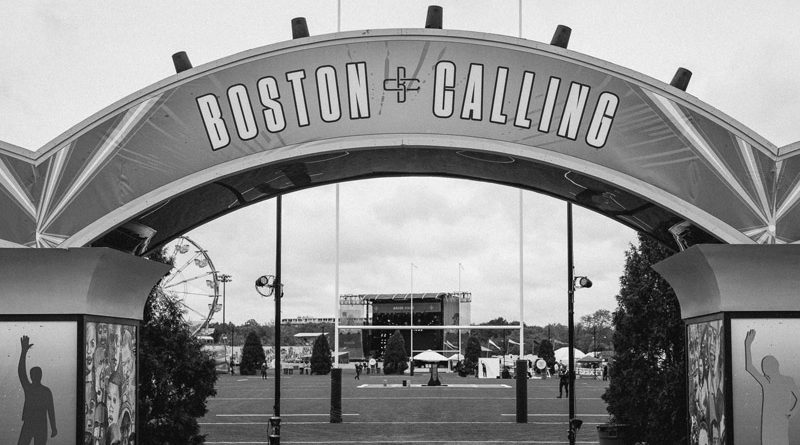 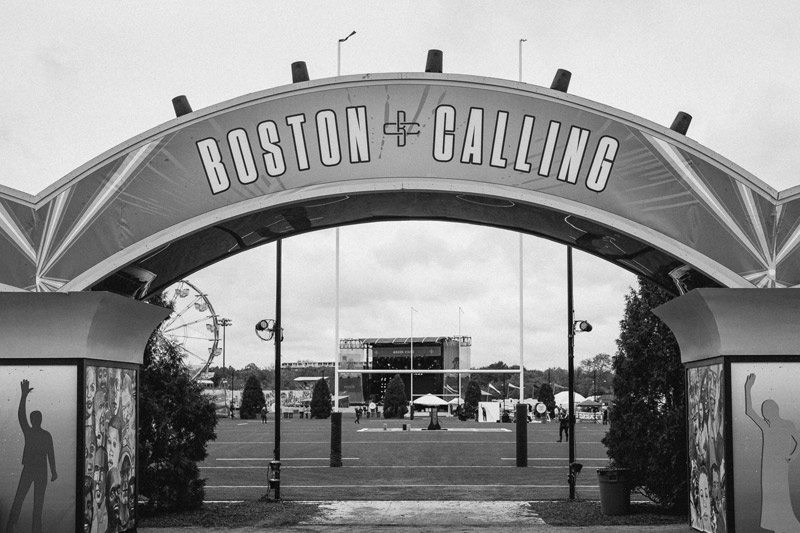 Though Boston Calling was alt-rock legends Tool’s triumphant return to the famed city, only those as close as the soundbooth got the full experience.

Two songs into their festival-closing set Sunday, attendees near where I stood started a spirited chant of “turn it up!” – in reference to the volume issue that plagued the festival once the sun went down each day. The festival was taking place at the Harvard Athletic Complex for the first time, headlined by Tool, Chance the Rapper, and Mumford & Sons. Though I didn’t notice any issues with the sound during Chance’s closing set Friday, Mumford definitely lacked the oomph of their set at Hangout Fest the previous weekend because of their volume. 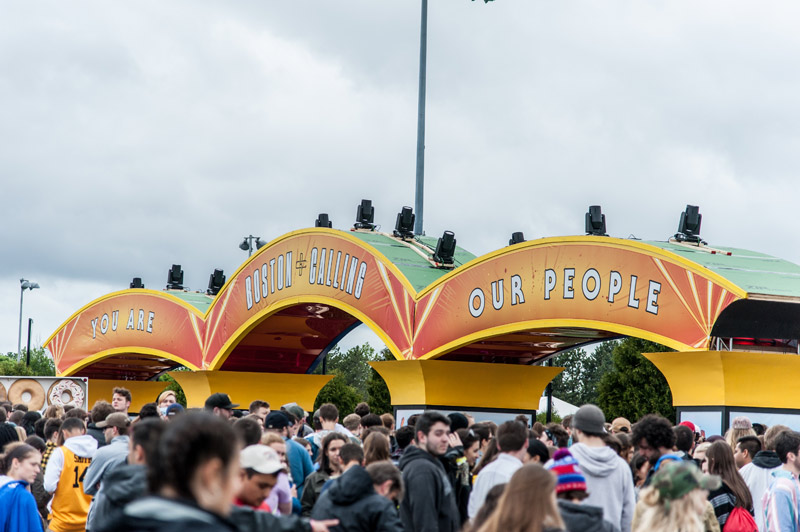 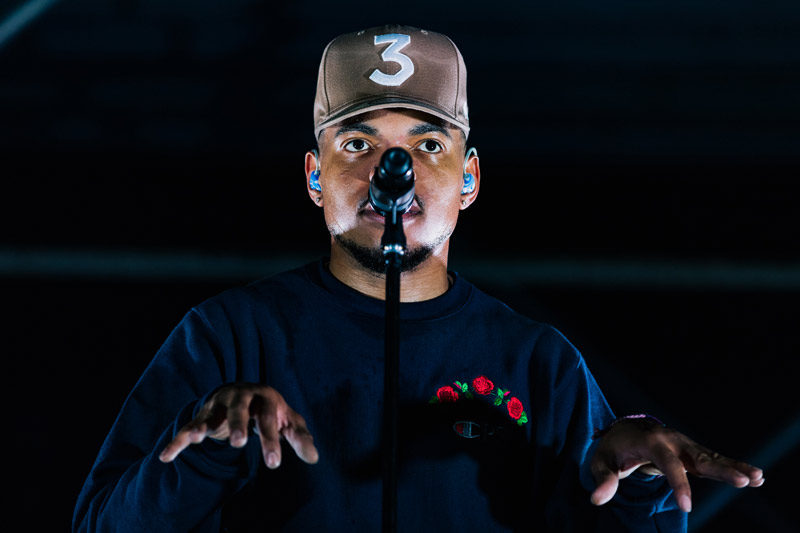 On Friday, kids rushed through the gates to get a spot on the rail at the main stage Chance would close out that day. He rewarded them with a hugely uplifting performance. If teens today are going to choose one role model in music, Chance the Rapper is as solid a choice as any. He was a bit preachy at times, but with that came good vibes that rolled over from one song to the next. 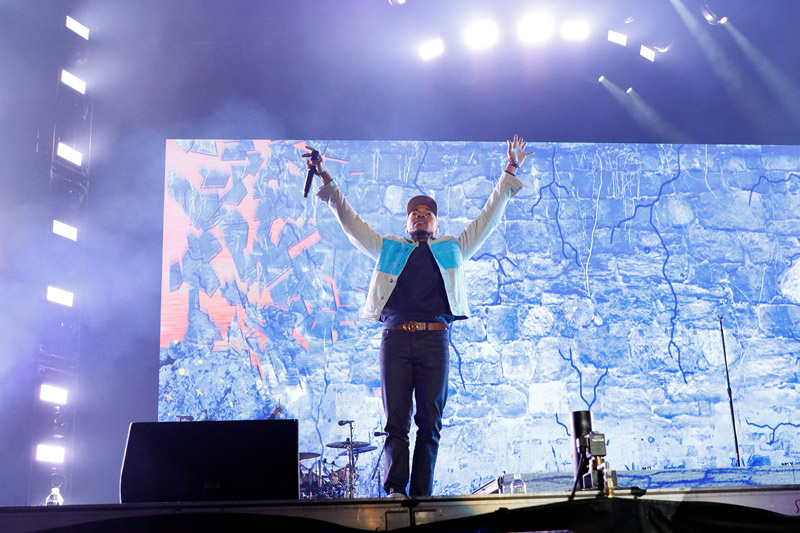 Highlights from Chance’s set included old cut “Sunday Candy” and the set-closing ballad “Same Drugs” – one of the finest pieces of songwriting from 2016. 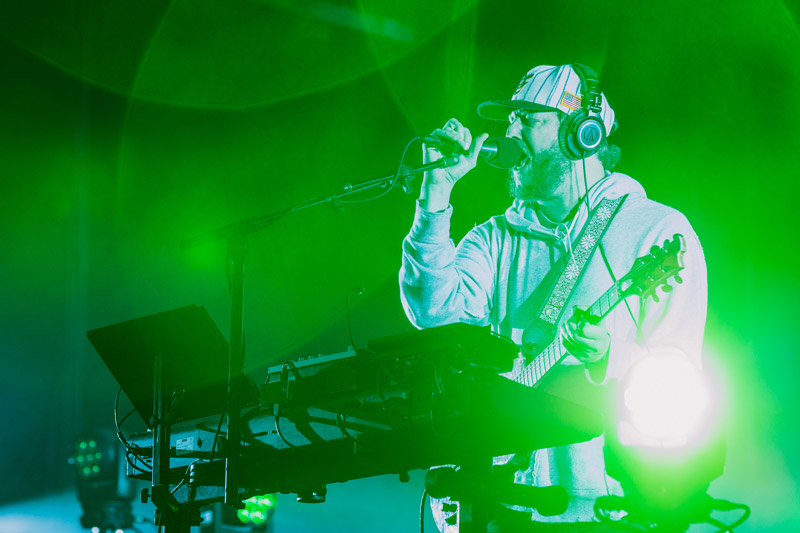 The weather promised to be stormy heading into the weekend, but rain only really came down Friday in spurts. In fact, one of the highlights of the fest was when Bon Iver turned in a mesmerizing set Friday at sunset. As the indie king played “Holocene”, the rain really began to come in strong, and the gathered crowd reacted with heavy cheers, hands up towards the sky. He followed it up with his signature track “Skinny Love”, one of the biggest sing-along moments of the weekend. 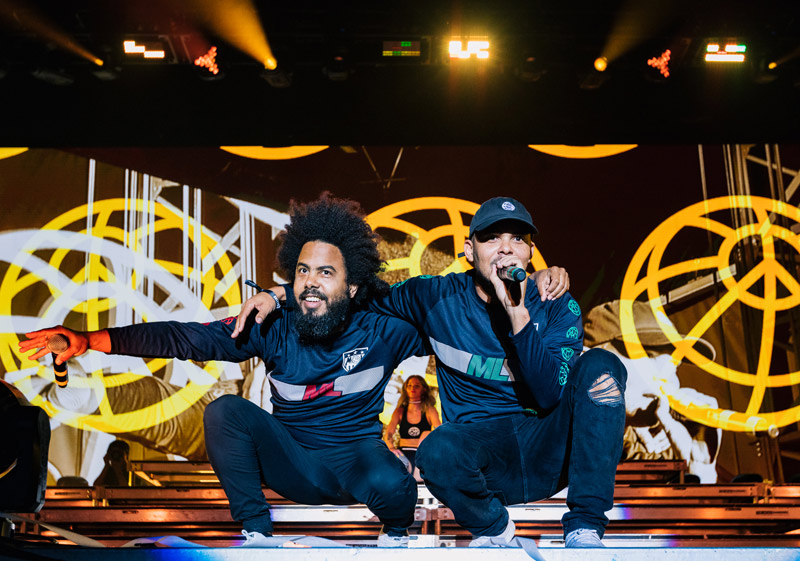 The festival drew a wide demographic with musical offerings heavily from the indie rock, folk, and rap genres – and one EDM act Sunday in Major Lazer. Coachella this was not – very few were running around in outfits that begged for attention. But there was a strong youth element in play. Chance, The 1975, Major Lazer, and Cage the Elephant brought out the teens. With marijuana decriminalized in Massachusetts and a lack of a heavy search coming into the gates each day, the festival featured the most kids smoking pot in braces I can recall at a fest.

Boston Calling did a great job of pairing their bigger names with up-and-coming acts from related genres. If you are a Tool fan, there’s a good chance you dug sets from Piebald, Mitski, Converge, and PUP. If you were there Saturday to see Mumford, then Nathaniel Rateliff, Brandi Carlile, Strand of Oaks, Kevin Morby, and Alexandra Savior were up your alley. 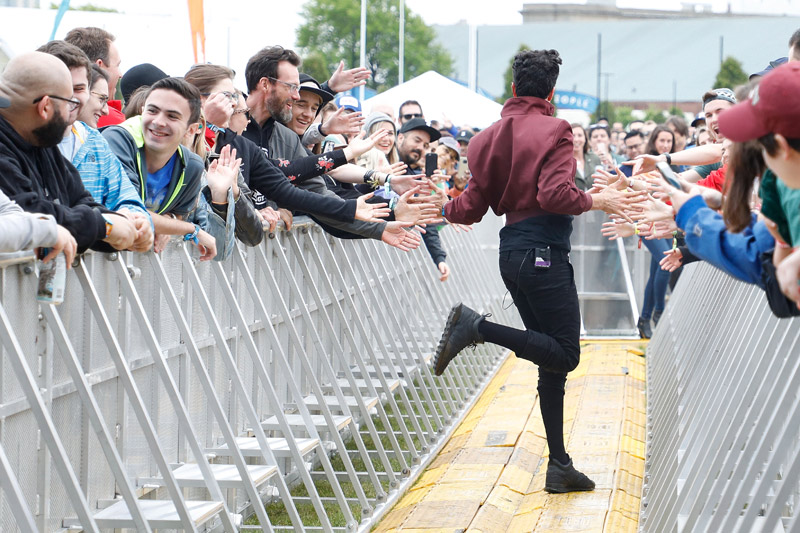 On Friday, Francis & The Lights wowed the crowd with his dance moves and his Peter Gabriel-esque singing voice. On the set-closing “May I Have This Dance”, friend and collaborator Chance the Rapper appeared on stage and the two did their dance from the recently released video for the track. 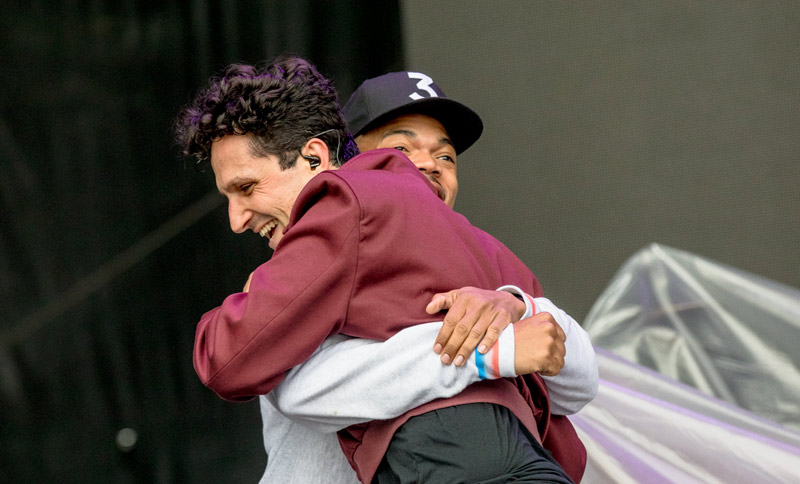 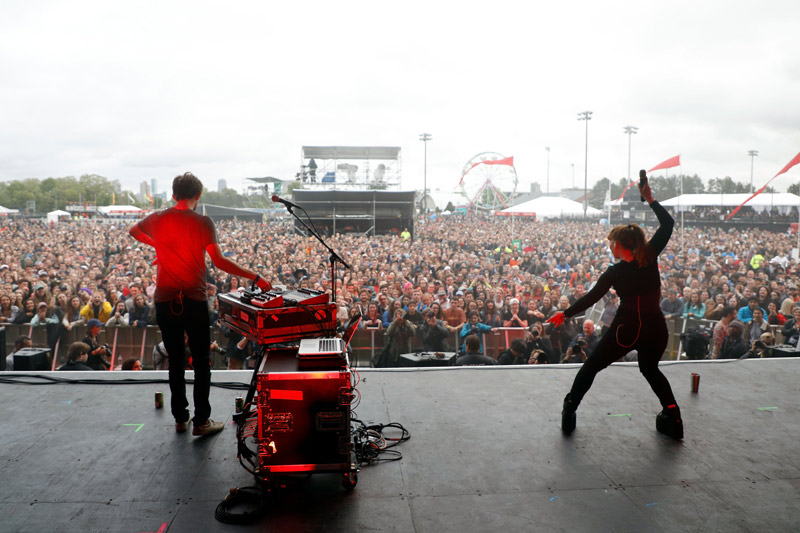 Sylvan Esso also drew a massive crowd Friday and earned their love with their high-energy performance. For being just two people on stage playing what I call electro folk, they really know how to command a crowd. Vocalist Amelia Meath said it was a return home for her, that she grew up in Cambridge and felt immediately at home because everyone was so mean, she laughed. She dedicated the song “Hey Mami” to Harvard Square, saying it was the first place she ever got catcalled.

Alexandra Savior opened up Saturday with a vibe that matched late-era Fiona Apple with a dash of Lana del Rey under bright blue skies. 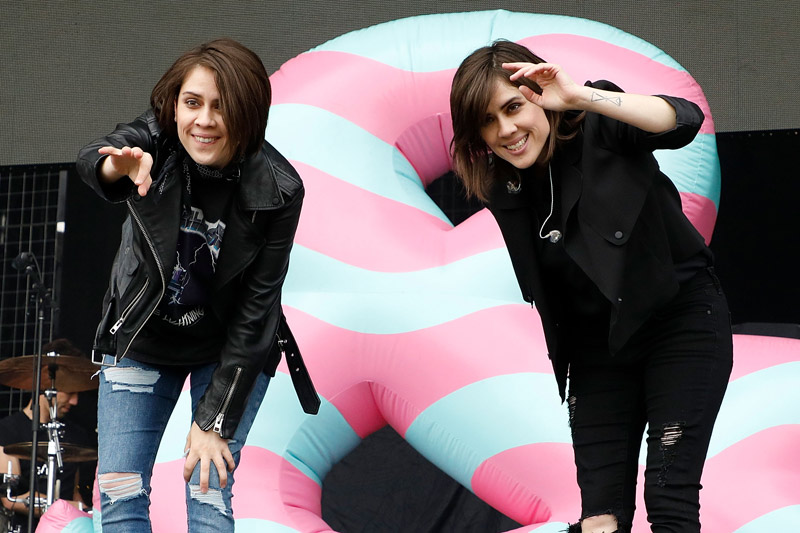 Also Saturday, Tegan & Sara provided a bit of comic relief to go with their upbeat synthy set. The laughs countered some of the more sentimental tunes they performed, mostly from their most recent album, 2016’s Love You to Death (QRO review). 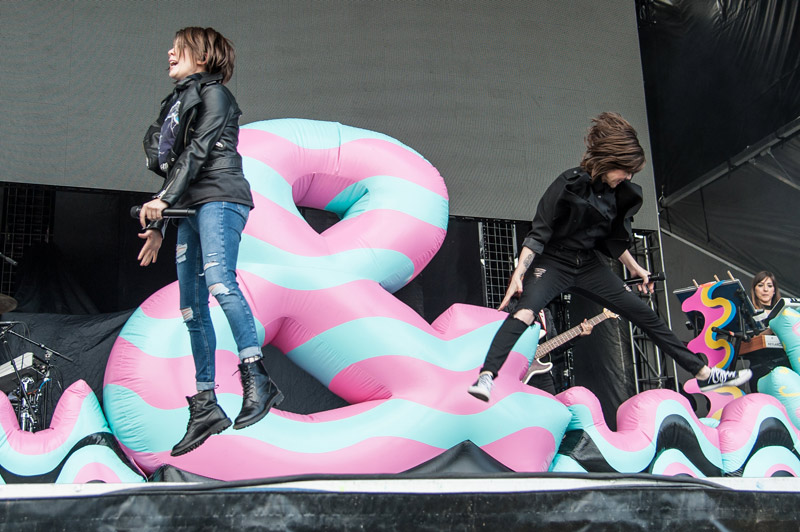 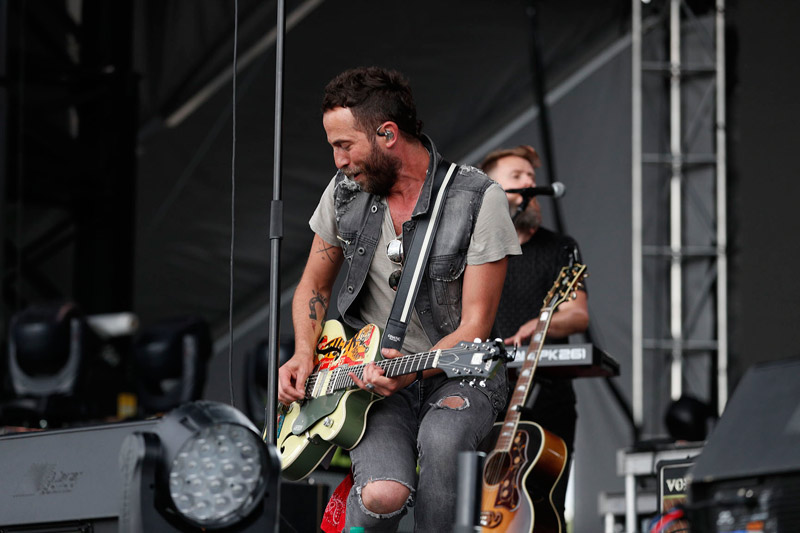 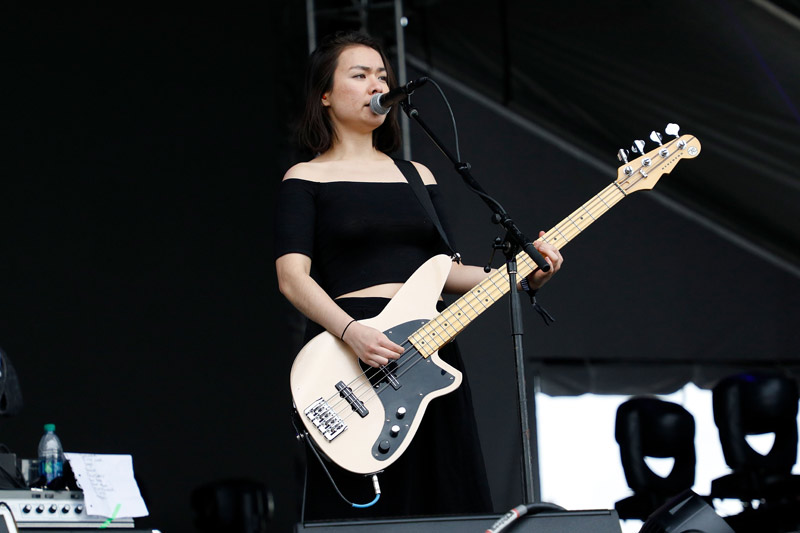 Mitski stood out greatly on the final day. There were moments she combined equal parts the vocal prowess and angst of Chris Cornell and Alanis Morissette. I saw many around me receive her set with jaws dropped. 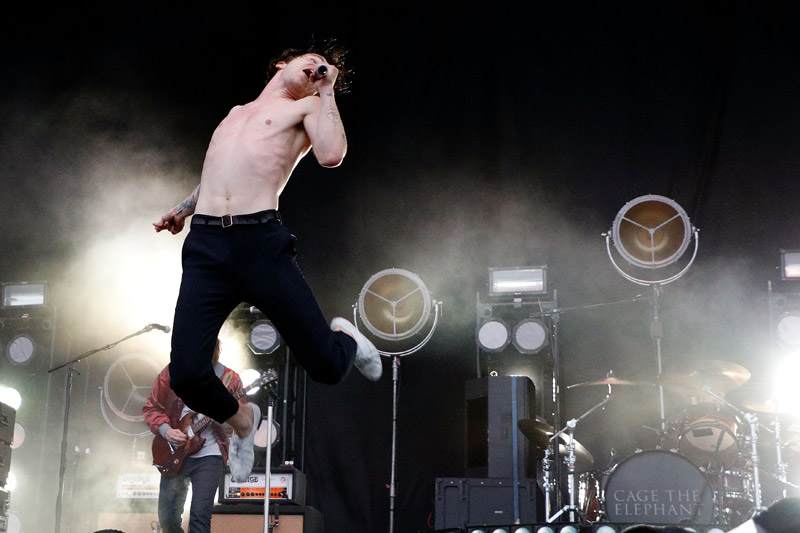 Cage the Elephant did what they do best – ignite the crowd and raise the bar for the headliners of the night to try and match. Someone got on stage and tried to do a stage dive but ate it so bad that lead singer Matt Schultz had to look away and said after the song “Don’t die. You should probably get your kidneys checked, I would.” Their never-ending run of anthems fired up a very young crowd. 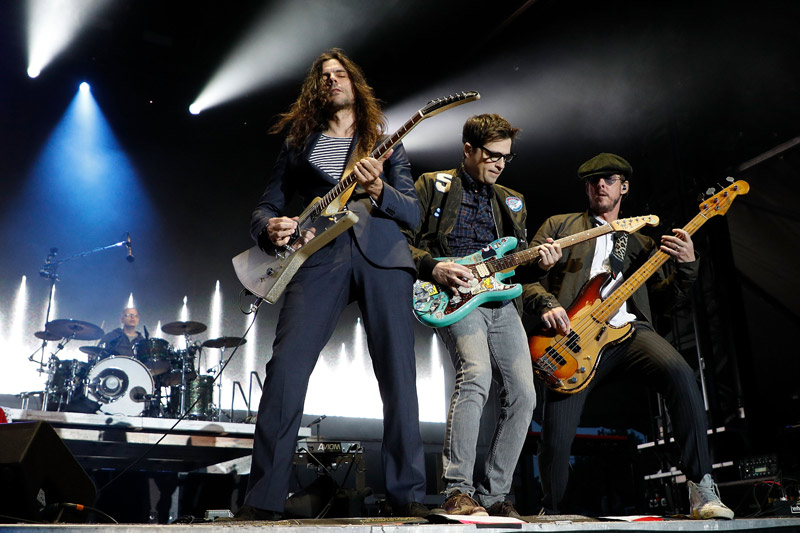 Weezer closed out the standalone Blue Stage on the opposite side of the fest, drawing monster crowds in comparison to Sigur Rós and The 1975, who closed that stage the previous two nights. Nostalgia is a helluva drug, and with Boston Calling featuring a largely older crowd Sunday, it made sense. 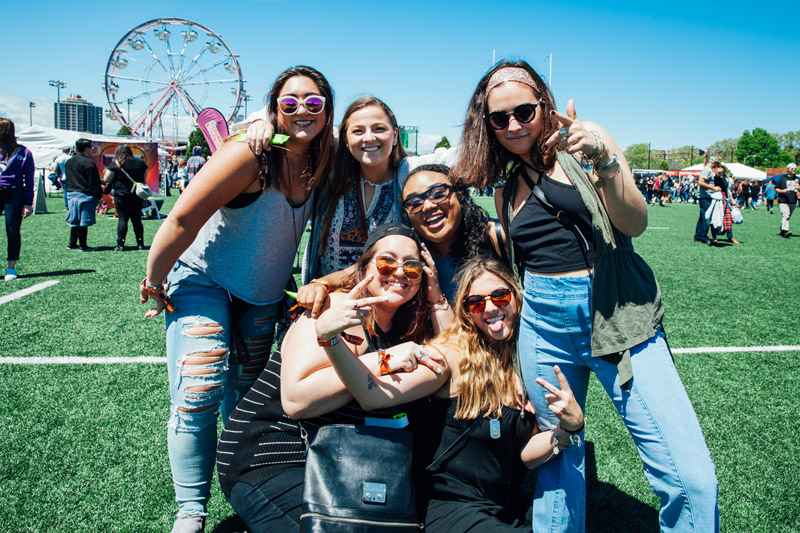 Overall, Boston Calling was a pretty damn good city festival. Sure, it was a bit muddy after day one, but it was nothing that was going to ruin anyone’s good time. Being the first year in a new location, some logistical fixes should be easy to make. But there is room for the fest to really grow at the new spot. And in a crowded landscape, being able to grow should be the goal of any music festival. 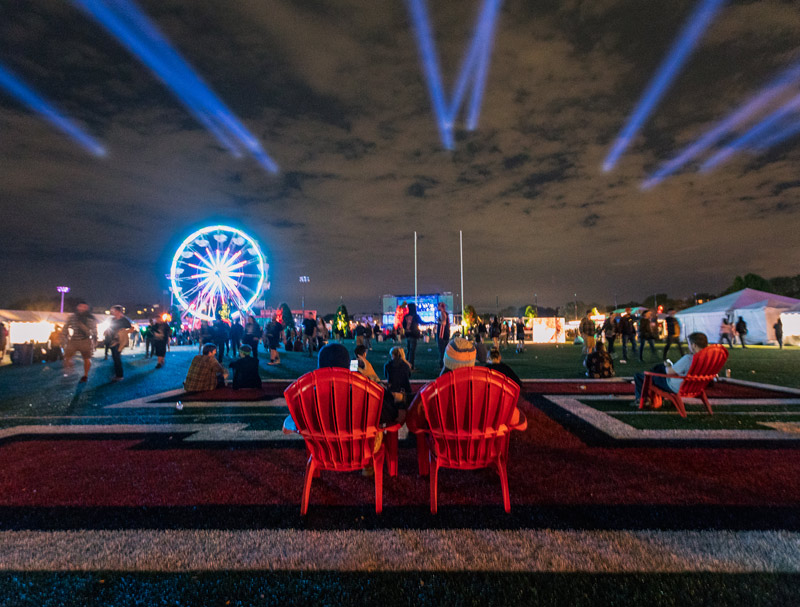