As other festival brands have taken a step back in the last couple years, there’s one that’s been thriving – northern California’s BottleRock Napa....

As other festival brands have taken a step back in the last couple years, there’s one that’s been thriving – northern California’s BottleRock Napa, which returned Memorial Day Weekend, Friday-Sunday, May 25th-27th.

After a tumultuous start its first year six years ago (QRO photos of inaugural BottleRock Napa), production company Latitude 38 came in and bought the festival and have revitalized the brand to the tune of three straight sellouts. A year ago, promotional juggernaut Live Nation bought a major stake in the festival, though Latitude 38’s Dave Graham told me they don’t interfere. 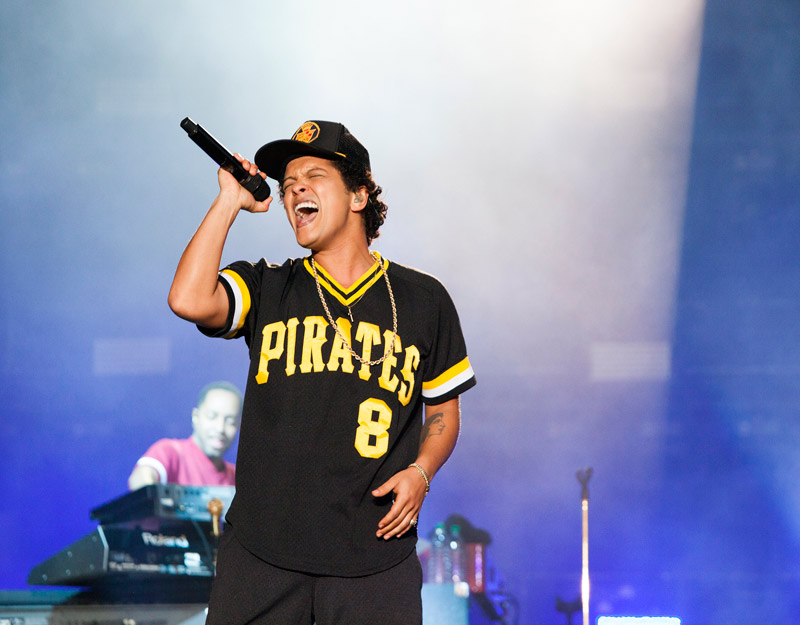 Bruno Mars capped the festival off with a blistering performance that really shows how far the festival has come. Bruno Mars hasn’t headlined any major multi-day music festivals in America until BottleRock Napa (though later this year he headlines Lollapalooza). Mars was a home run with BottleRock’s demographic – which skews older and features a ton of families. As I looked around Sunday night, I noticed everyone around me singing along as the singing and dancing sensation ran through hit after hit. 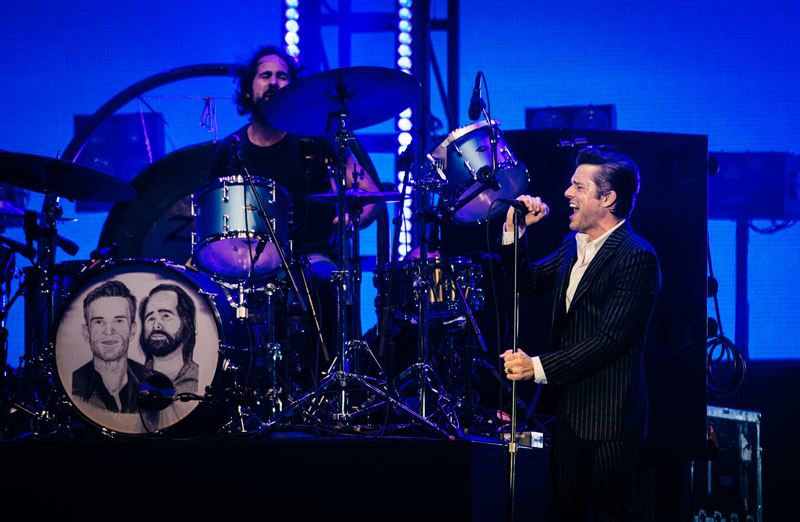 Saturday night, it was The Killers who closed things down on the main stage. The festival veterans have been closing out festivals for the last several years and it hasn’t gotten stale in the slightest. Brandon Flowers has the charisma and stage presence to rival any frontman and he led the crowd in dozens of sing-alongs as they ran through their cavalcade of hits. 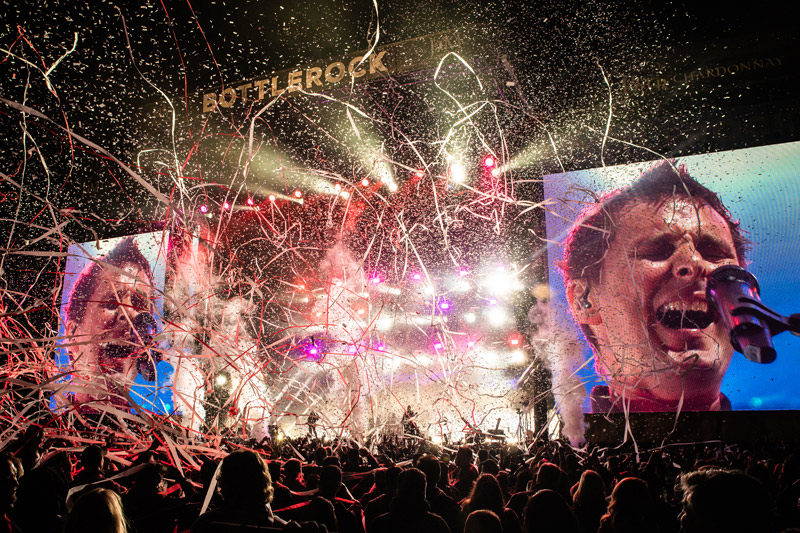 English rockers Muse kicked things off with a closing set Friday night on the main stage. One faux pas that frontman Matt Bellamy kept making is referring to the area as “San Francisco”, which elicited groans nearly every time. This is a Napa festival and the locals are very proud of their town – referring to it by a city that’s more than an hour away wasn’t going to win them any fans. But luckily they rocked hard enough that this was forgotten pretty quickly. 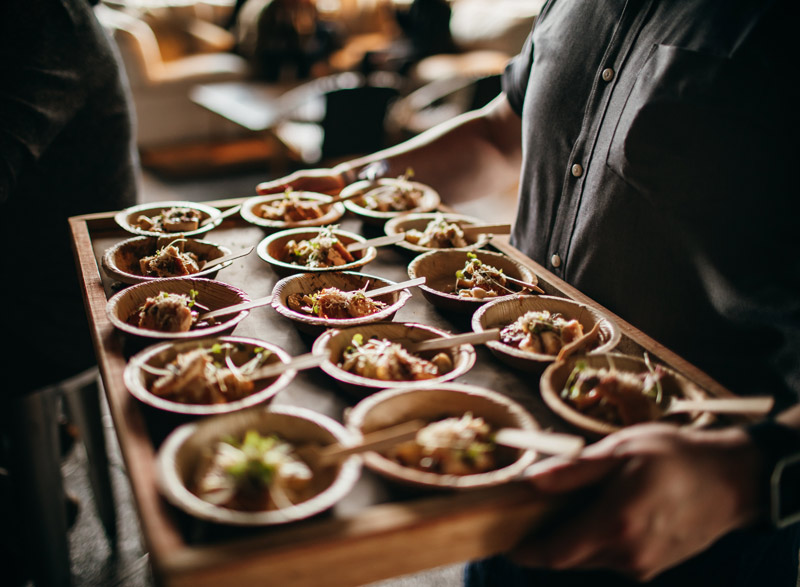 The food and drink portion of BottleRock is where the festival really shines – especially if you shell out for the VIP and Platinum VIP experiences. The Platinum VIP has an open bar in a lounge that’s adjacent to the main stage. Servers walked around with delectable delights like street corn and caviar, really playing into the Napa vibes. There was also every type of wine you could hope for.

Platinum VIP was also able to watch the main stage from atop a platform above the soundboard, 20 people at a time. It’s the first time I can recall any festival offering this viewpoint and it was pretty breathtaking. 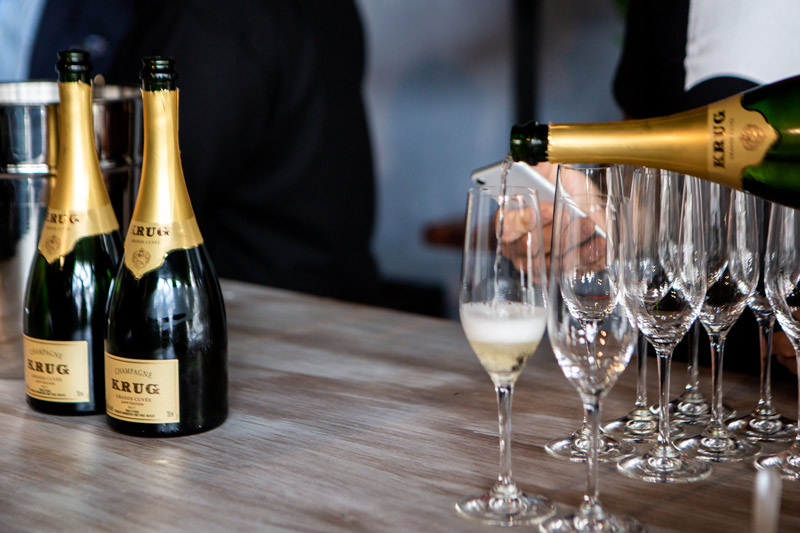 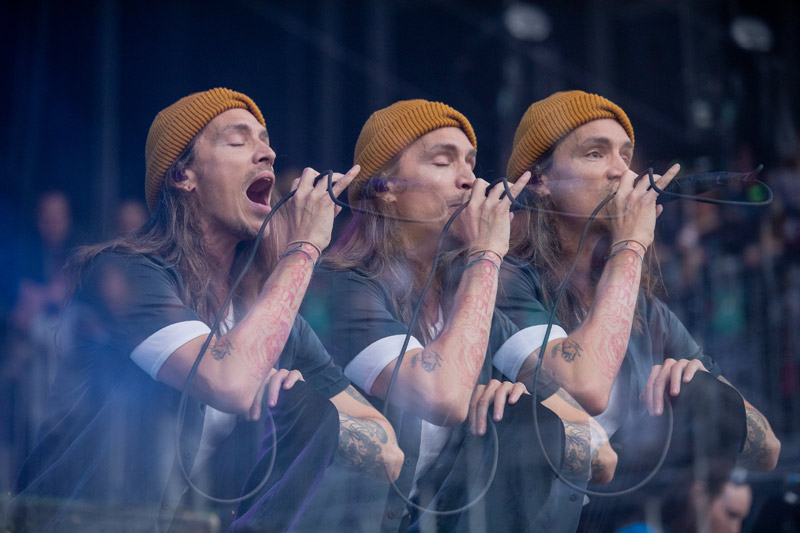 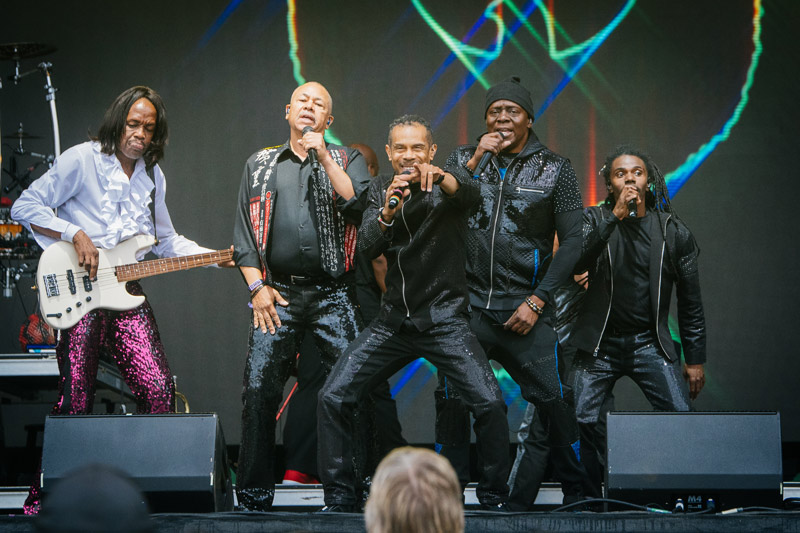 The BottleRock Napa undercard was quite deep. Incubus, Earth, Wind & Fire, Snoop Dogg, and Billy Idol were a good fit for the older demographic. Halsey, The Chainsmokers, Phantogram, Bleachers, and Oh Wonder fit the younger generation. There was also an amazing offering of folk and soul music – from The Head and The Heart to Lake Street Dive to Durand Jones & The Indications. 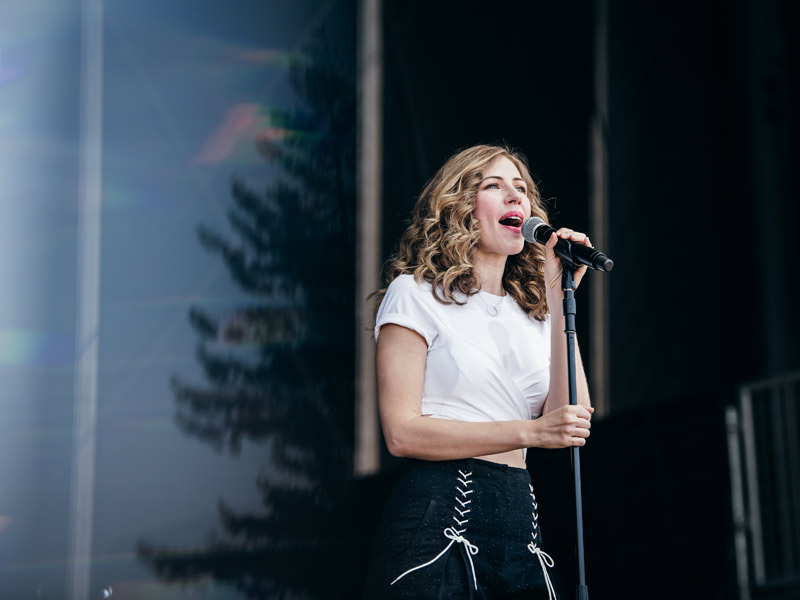 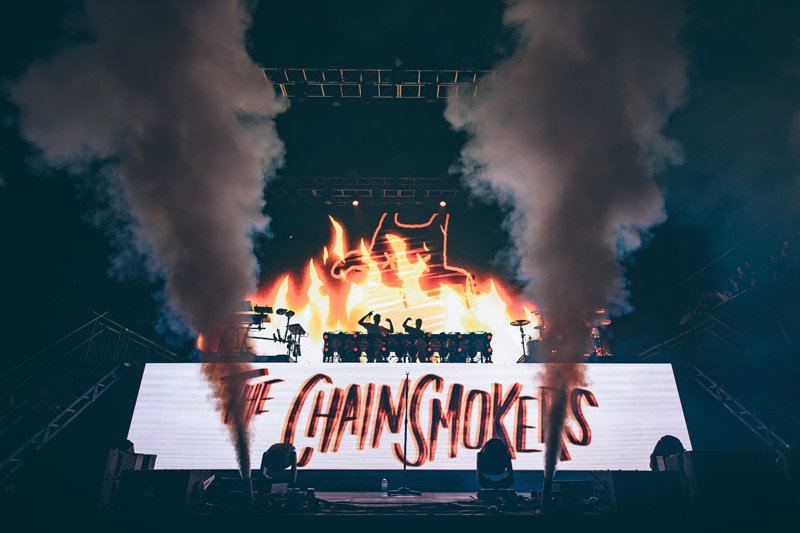 One of the standout acts early in the day to me was The Aces. The female four-piece pop-rock band has a little bit of HAIM to them meets ‘90s pop singer Amy Grant. They rocked the main stage early in the day Saturday. Another favorite was rising Los Angeles singer NoMBe. He has a little bit of Prince in him and his genre-bending tunes got the crowd into things on Friday. 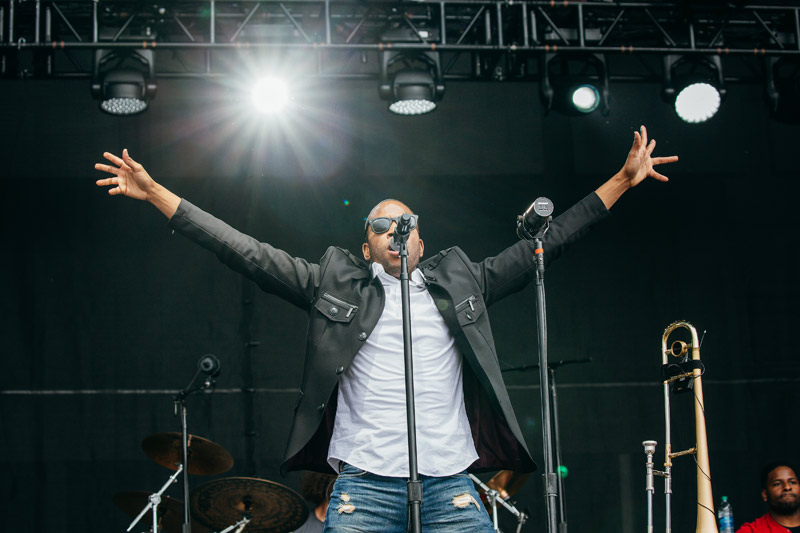 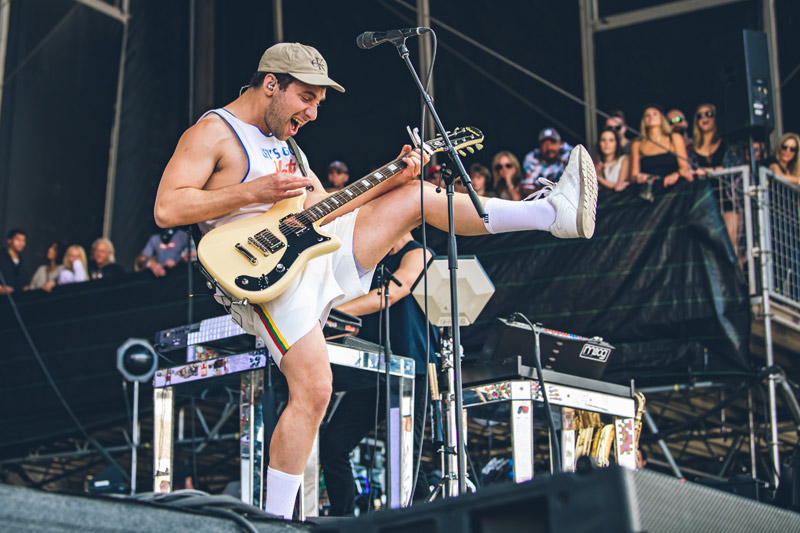 Bands also knew their audience when picking cover songs. The Head and The Heart covered Crowded House’s “Don’t Dream It’s Over”, Bleachers covered Depeche Mode, The Night Game covered Annie Lennox, and The Struts covered Springsteen’s “Dancin’ in the Dark”, even bringing an older lady on stage to sing and dance with them. 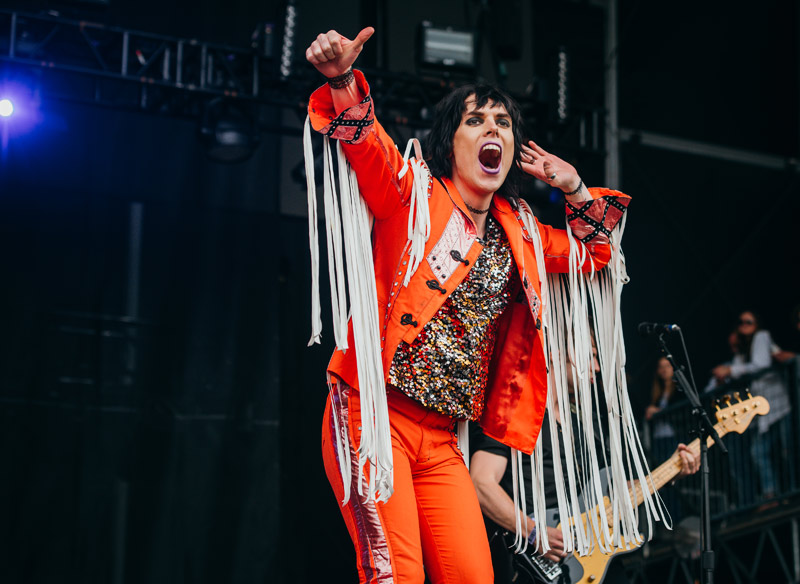 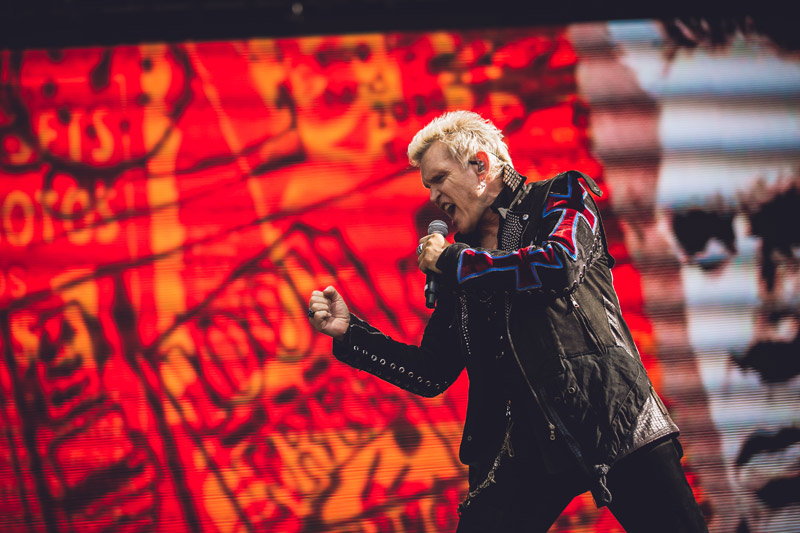 The reason this festival has continued to thrive while other festivals have fallen off is that they seem to put all their profits right back into the festival. When I first attended in 2015, the fields were dusty as hell and I felt like I was at Coachella based on how my sinuses felt afterwards. Three years later, there is a ton of grass and turf everywhere. They’ve added a ton of things like a spa, the Coors Lite lounge where people watched the Warriors beat the Rockets in Game 6 on Saturday, and a ton of other cool experiences.

This is a festival that knows its demographic – the three guys that run this festival all grew up in Napa. There’s something to be said for that, and also why I don’t think this is just a phase of success for BottleRock Napa. I’m already looking forward to seeing what they bring in 2019. 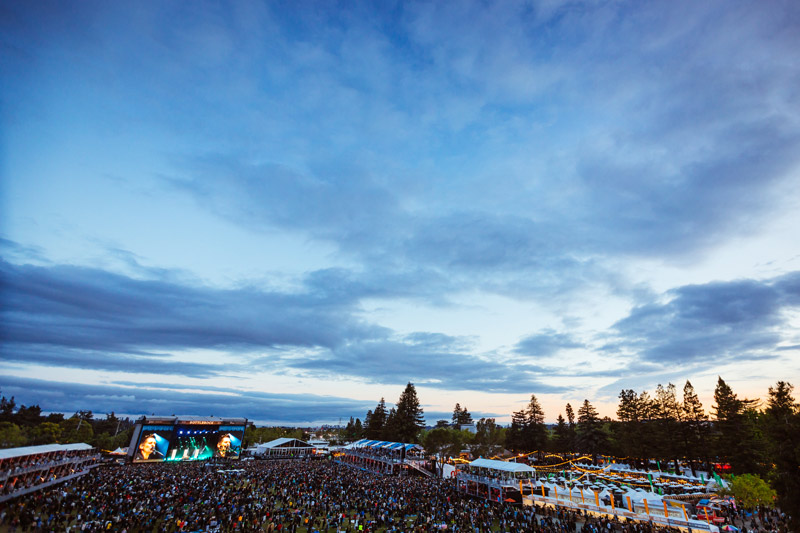