DWP’s Bourbon & Beyond Festival took over Louisville, KY during the third weekend of September.... 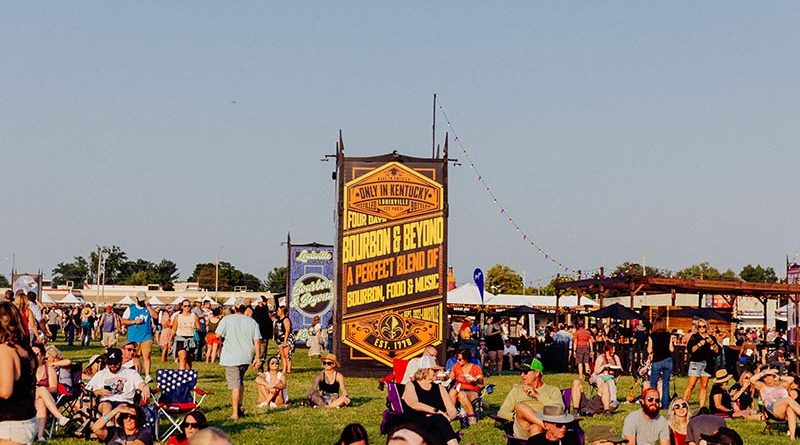 DWP’s Bourbon & Beyond Festival took over Louisville, KY during the third weekend of September, 15th to 18th, Thursday to Sunday. Bourbon & Beyond has pretty much always had a line-up that catered to everyone, but that was definitely amplified this year. With headliners such as Jack White, Kings of Leon, Pearl Jam, and Chris Stapleton, this was definitely a memorable weekend in Louisville. The festival also had a record breaking attendance rate this year, ranking in at about 140,000 fans going in and out of the Festival Grounds at the Kentucky Exposition Center throughout the weekend.

Thursday’s performances kicked the weekend into full swing, with performers such as Japanese Breakfast, Shaky Graves, and The Revivalists taking the stage. Kentucky’s culture was also emphasized all throughout the festival, with The ‘bourbon’ part of ‘Bourbon & Beyond’ being revealed pretty early on in the weekend, as bourbon tastings and sales were scattered throughout festival grounds. There was even an entire stage, titled the Bourbon Stage, which was specifically for culinary and bourbon sets. On Thursday, this stage featured a bourbon tasting entitled “Vampires and Bourbon”, which featured Ian Somerhalder and Paul Wesley from The Vampire Diaries, as they promoted their new bourbon, Brother’s Bond Bourbon. Thursday came in strong with headliner performances, with Alanis Morissette taking the stage as the sun set, getting the crowd ready for an amazing set by Jack White. Morissette opened her set with 1995 hit, “All I Really Want”, as screams erupted from very excited festival-goers. Before ending her set with fan favorite “Thank U”, she made sure to get into smash hits such as “Ironic” and “You Oughta Know”, which had everyone on the festival grounds singing along. Up next was former member of The White Stripes, the talented Jack White! Fans were definitely excited that he added Bourbon & Beyond as a stop on his 2022 Supply Chain Issues Tour. White played hits such as “Sixteen Saltines”, “Hi-De-Ho”, and “Love Is Selfish”, before finishing his set with the fan-favorite song by The White Stripes, “Seven Nation Army”. It is pretty safe to say that Day One of Bourbon & Beyond was nothing short of a success.

Before Day Two headliners, Brandi Carlile and Kings of Leon, took the stage, memorable performances also took place from artists such as Houndmouth, Courtney Barnett, and Jason Isbell & The 400 Unit. With Houndmouth being from New Albany, IN, which is practically Louisville… the crowd was nothing short of excited for their performance! Country star Brandi Carlile also took the stage with hits such as “Broken Horses”, “Mainstream Kid”, and “The Mother” before taking on very powerful covers of Radiohead’s “Creep” and David Bowie’s “Space Oddity”. Up next was Kings Of Leon, and for their first show in Louisville in almost five years, they surely did not disappoint. With a full 21-song set, fans enjoyed performances of hits such as “Radioactive”, “Use Somebody”, and “Sex On Fire”.

Saturday might have been the biggest day of the festival, with headliner Pearl Jam drawing in almost 41,000 people, as they played their first show in Louisville in almost 28 years. The band played an almost two-hour set, which proved that lead vocalist Eddie Vedder has not lost any of his talent in the past 28 years. The band played hits such as “Alive”, “Jeremy”, and “Even Flow”, but ended the night with a very special cover of Prince’s “Purple Rain”, leaving the audience wanting more. Vedder even stopped the show at one point to draw attention to someone in the crowd having a medical emergency, calling for the crowd to split so that the paramedics could get to the attendee. Saturday also contained numerous other jaw-dropping performances, such as Greta Van Fleet, Elle King, and St. Vincent. Greta Van Fleet also drew in a very large crowd, as Josh Kiszka came out in a white sparkly jumpsuit while they played hits such as “Safari Song”, “Light My Love”, and the very famous “Highway Tune”. It was very interesting to see the wide array of people that GVF brought in, young to old, everyone seemed to be at that stage!

Although Pearl Jam brought in a massive crowd, Sunday might have been a very close tie. With Lexington, KY native Chris Stapleton headlining that night, it seemed as though the entire state of Kentucky had shown up for him. Bands such as CAAMP, NEEDTOBREATHE, and Jukebox The Ghost warmed up the day for attendees, as everyone got ready for an amazing performance by Chris Stapleton. He opened his set with smash hit “Nobody To Blame”, but this was only the beginning. He soon got into other hits such as “Parachute”, “Starting Over”, and “Joy of My Life”. Stapleton also threw in a good mix of covers, such as Tom Petty and The Heartbreakers’ “I Should Have Known It”, and Kevin Welch’s “Millionaire”, but made sure to end his set with his iconic cover of David Allan Coe’s “Tennessee Whiskey”, which was the perfect way to end the festival.

It is pretty safe to say that Bourbon & Beyond 2022 was nothing short of a success. I mean, between bourbon and live music, how does it get better?! Bourbon & Beyond 2023 is set to take place on September 14th-17th next year, I’m sure it is not something you will want to miss!