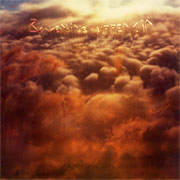 Bowerbirds have some magical touch.  After releasing an EP then their shining debut album, Hymns for a Dark Horse, they’re back with Upper Air, an unassumingly tender collection of acoustic melodies and seemingly pollinated harmonies from the band’s singers, Phil Moore and Beth Tacular.  As stripped-down, organic folk-rock has a cozy part in today’s music world, Bowerbirds fit in as snugly as any.

Upper Air is an altogether light affair as the name might suggest, composed mainly of delicate, toe-tapping ballads led by Moore & Tacular’s wispy vocals. The album begins with the soft shuffle "House of Diamonds", and while occasionally, the band features Tacular’s accordion, or a piano riff, Upper Air is dominated by an introspective acoustic guitar, gently nudged along by subtle drum tracks.

On their second album, Bowerbirds have created a heartfelt set of songs that feel as organic as tree bark and are as sincere as they are soothing.