<img src="http://www.qromag.com/wp-content/uploads/2012/05/bowlingforsoupmay1.jpg" alt="Bowling For Soup : Live" />What's better than seeing one of your favorite bands in your hometown?<span>  </span>How about seeing them in an intimate, 300-person venue?... 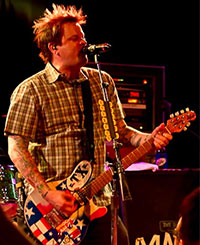 Great Drinks!  Great Food!  Great Music!  What’s better than seeing one of your favorite bands in your hometown?  How about seeing them in an intimate, 300-person venue?  The Old Rock House, at 1200 S 7th St. in downtown St. Louis, MO, is just that venue.  Sitting atop a stone foundation from the 1700s and having a set of gates in the basement from the 1904 World’s Fair, this isn’t just another bar.  This versatile establishment can host anything from a wedding or a private party one day to a national headlining musical artist the next.

After partying hard in Chicago the night before, Bowling For Soup were still fired up and ready to rock on Tuesday, May 1st.  Strolling in the side door to a ramped up crowd, they took the stage and donned their instruments of 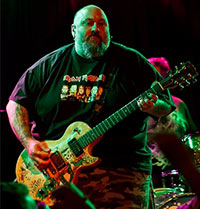 musical destruction.  From the start of the show, Jaret Reddick started interacting with the fans and it continued throughout the night.

Opening with a fan favorite “Almost” and moving into ” Surf Colorado”, the pace was set and off and running.  While touching on the latest album with “My Wena”, the show was packed with hits like ” Friendly Goodbye”, “Ohio” and ” The Bitch Song”.  Reddick took a moment to explain that Fountains of Wayne (QRO photos) are the artist that sing the most requested BFS song on tour; “Stacy’s Mom”.  He explained that no matter how many times he explains it, they still have crowd calls for this tune that they DID NOT WRITE!  “So, after several years of turning it down, we decided to own it.”  He said laughing as they broke out into song.  After covering the theme 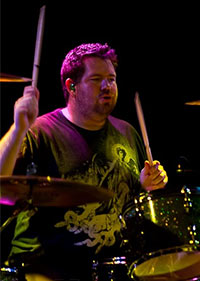 song they wrote for the Phineas and Ferb cartoon, one wasn’t the least bit surprised when I heard “Baby One More Time” a few songs later. 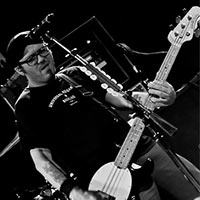 The night wore on and the band hit their stride.  Song after song, hit after hit, BFS gave the show the fans wanted to see and nothing less.  If you are lucky enough to catch them on this tour, you won’t regret it.  Just remember, all we need is love and beer, and do me a favor if you will – tell Marco at the merch table I said hi.

Team Me and The Barr Brothers