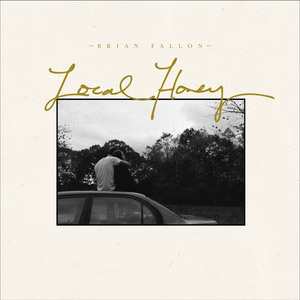 Brian Fallon comes from a uniquely down-to-earth perspective. Fallon has always been a little of everything, mostly from alternative rock to modern folk, but really just modern. From the indie, Americana, and punk sounding The Gaslight Anthem days to his more alt-rock solo, he has been at the forefront of the alt-folk scenes direction, and nothing says new like his third solo release, Local Honey. Primarily because as seen in the first three songs, he traipses each number with a less than coy wryness. “When You’re Ready”, the lead track, plays some rock guitar followed by words on parenthood, but they are familiar and sentimental as if not about his child, but the listeners. Then in “21 Days” he is more indie sounding, and pop in the chorus vocals, again one has heard this feeling of longing themselves. The follow up, “Vincent” is really neither good nor terrible, but settles for solid folk guitar with jaded lyrics on Southern ‘guns, god, and America’ attitude.

All of this is fine, but not terribly positive as the first song was. Onward then, and the next one is “I Don’t Mind (If I’m With You)”, which is more positive, but also really the most mundane track on here, it builds a little sure, but is super slow. Nothing like the next piece, “Lonely Only For You”, though even as touching and piercingly paced as this folk song is, even it is not the peak. Neither is “Horses”, another emotional indie-folk feeling for the listener and another underwhelmingly paced, if more solid track. “Hard Feelings” is perhaps in a tie for the most cool lyrically, and meets a good clip in folk guitar and Fallon wailing. Fittingly though, easily the most sum of it’s parts accomplishment here is “You Have Stolen My Heart”, which ebbs and flows, but only in a good way and moreover is vocally the most emotional here on an of course drama filled release. Here, Fallon finds the note, the rhythm of “Hard Feelings” or “Steve McQueen” meets the smooth, happy, cool of “A Wonderful Life” with the emotion of “When You’re Ready” or “Horses”. Point being, Local Honey is really good, and close to what most musicians should strive for, catchy and cool, but happy emotion. Still, this reviewer kids you not, Fallon can do better.