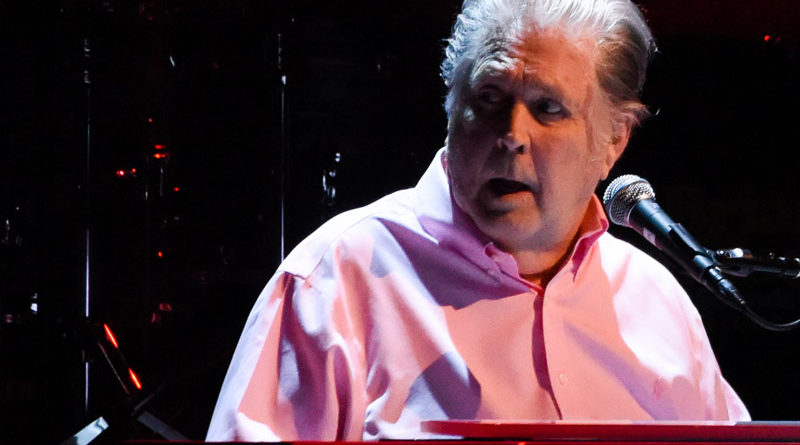 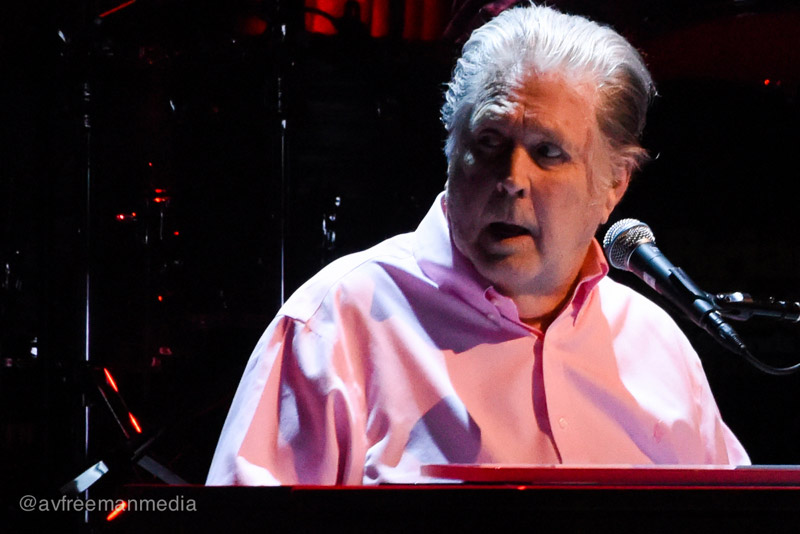 Click here for photos of Brian Wilson at 2016 Pitchfork Music Festival in Chicago, IL in the QRO Concert Photo Gallery

Click here for photos of Brian Wilson at 2016 Northside Festival in Brooklyn, NY in the QRO Concert Photo Gallery

Click here for photos of Brian Wilson at O2 Apollo in Manchester, U.K. on May 24th, 2016 in the QRO Concert Photo Gallery

Click here for photos of Brian Wilson at Wang Theater in Boston, MA on October 9th, 2013 in the QRO Concert Photo Gallery

Brian Wilson’s triumphant return to Austin, TX on Sunday, May 14th came slightly long awaited; Wilson originally was scheduled to perform at the 2016 edition of Levitation Festival at Carson Creek Ranch, just slightly outside of Austin’s proper city limits. As 2016 marked the 50th anniversary release of the highly influential Beach Boys album Pet Sounds, many diehard fans were faced with certain heartache as ultimately the festival did not occur (QRO preview of what would have been) and Wilson continued with this rest of his tour, having no other southern stops after departing Texas.

In 2017 Wilson announced a flurry of additional shows to mark his final performances of Pet Sounds, with the continuation of a worldwide tour spanning nearly 90 shows in the United States (including two nights in Austin), over 20 shows in Europe and another 11 shows in Australia and Asia with this final tour ending October 14th in Costa Mesa, CA. Fans have a limited time to see Wilson’s last performances of a monumental album and historical musical achievement. Wilson’s second Austin performance, albeit slightly shaky at times and perhaps assisted by a teleprompter set off center stage, was nothing short of seeing a genius still at work at age 74. Although for the entire show Wilson sat behind a baby grand piano, moments can be seen of pure elation in Wilson’s eyes, especially when he sang “God Only Knows” and the energy of the audience could be felt as they hung onto every beautifully sang lyric. 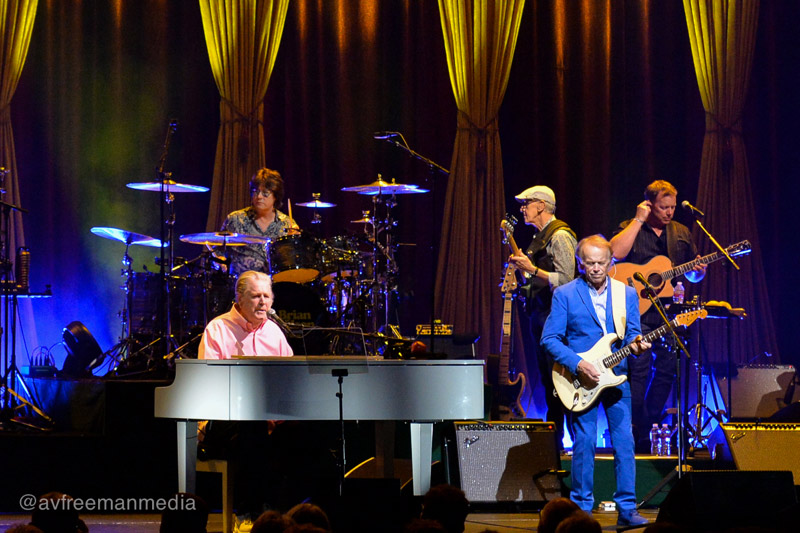 Such a massive tour could only be bookmarked with extraordinary musical guests and the tour is full of heavy hitters; Founding Beach Boy Al Jardine was originally scheduled to play on Wilson’s 2016 performance tour stops and indeed plays through in 2017, continuing to showcase his folk roots with banjo in one hand and lyrically carrying songs such as 1965’s “Help Me, Ronda”. There was assistance from Jardine’s multitalented son, Matthew, who helped sing many of the Beach Boy’s falsetto vocals throughout the two-set concert, such as “Don’t Worry Baby”. Al is quick to remind the audience that Matthew indeed auditioned for the group like any other band member back in the day.

‘70s touring singer and guitarist Terence William “Blondie” Chaplin made a notable appearance during about half of the two-hour performance; Chaplin has most recently been known for his work with The Rolling Stones as a touring vocalist, guitar player and even percussionist. Chaplin’s witty character and musicianship gave a stark contrast to the pop-ish rock and roll nature of Matt and Al Jardine, but showed that Chaplin’s contributions to the Beach Boys over a brief period in the early ‘70s [up until 1973 when Chaplin left the band] gave older fans of Brian Wilson and The Beach Boys yet another level of musical nostalgia on Mother’s Day with another sold-out crowd.

Al Jardine perfectly sang as though time has stood still, sharing after “Sail On, Sailor”, “Thank you to Brian for letting me sing that song again tonight.” While set one was comprised of various hits from different albums, including mega hits “California Girls” and “I Get Around”, a 20-minute intermission gave the audience a chance to enjoy Pet Sounds in its entirety without interruption. Wilson split singing responsibilities with Al, and the incredible energy and force of a full eleven-piece band harmonizing while performing Pet Sounds was something that will not and cannot be replicated anywhere else. As Al announced, “Now we have to flip to record to Side B,” “God Only Knows” beautifully carried the remainder of the album, before a short break occurred and an extremely high energy six-song encore, featuring Austinite Taylor Mills, whom has worked with Wilson in the past, took audience members to a musical nirvana that continued to resonate as Wilson and his band completed their multiple encore bows. 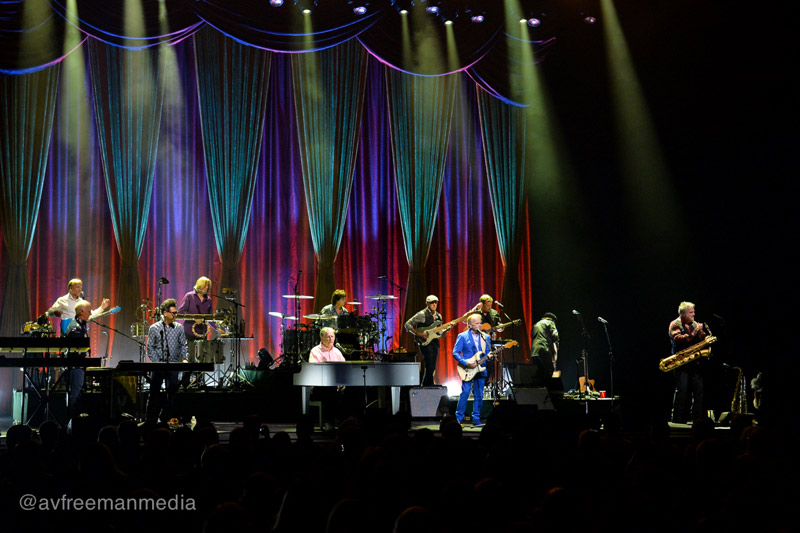