<img src="http://www.qromag.com/wp-content/uploads/2011/02/brighteyesthepeopleskey.jpg" alt="Bright Eyes : The People's Key" />Bright Eyes (the name) is back, and while <i>The People's Key</i><span style="font-style: normal"> isn't a carbon copy of what you'd... 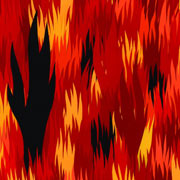 What we all want to know is: Is the old Bright Eyes back?  Has Conor Oberst finally returned to what you once loved about him, what could make Summer fall for Seth (QRO’s Best Music of The O.C.), after all of the other places and persons that he’s been?  Once heralded as the twenty-first century indie-wave’s own Dylan (no pressure there…), Oberst dropped the ‘Bright Eyes’ moniker following 2007’s Cassadega (QRO review), putting out a self-titled record, then forming his own country-rock outfit with The Mystic Valley Band (QRO live review), not to mention teaming up with collaborators like M. Ward (QRO album review) & Mike Mogis as ‘The Monsters of Folk’ (QRO album review).  These efforts were of varying quality (Monsters of Folk?  Good.  Conor Oberst & The Mystic Valley Band?  Not so much), but their real problem was that they weren’t the Bright Eyes that you were looking for.  It was probably unfair to begrudge Oberst growth, but it felt like he was running away from the Bright Eyes legacy – indeed, he officially retired the name in 2009.

Well, the name is back, and while The People’s Key isn’t a carbon copy of what you’d been missing, it’s the kind of organic growth you can more than live with.

Of the strains that dominate The People’s Key, nothing is stronger than a bright outlook on today and tomorrow – forgive the obvious connection to his revived name, but this ‘sunshine after the rain’ feeling is powerful and enjoyable, largely avoiding the sometimes too cheery nature in his past.  "Shell Games" and "Jejune Stars" do it best early on, though uplift may be most effective in closer "One For You, One For Me".  There are still some sad pieces, such as the stripped to vocals & piano "Ladder Song" before "One", or the darkly-stripped-something-this-way-comes opener "Firewall", but The People’s Key is definitely an optimistic record.

There are some moments of greater rock, like the upswinging "Triple Spiral", and The People’s Key certainly has more rock ‘n’ roll instrumentation than prior Bright Eyes work, but it is definitely not the lame country-rock of The Mystic Valley Band.  The synthesizer work stands out more so, as it often feels kind of cheesy and eighties, a sound that can work, but doesn’t really fit here, though does get more integrated.  Oh, and there are some weird spoken word interludes by Denny Brewer, lead singer of Refried Ice Cream, from starting the record talking about crazy theories on ancient, evil lizardmen to ending it on praise for love and mercy, with a few other bits in between (including one on pomegranates…).

Like fellow highly-acclaimed indie-emotional troubadour Sufjan Stevens (QRO live review), Conor Oberst might have gotten too much acclaim, too fast, both indie-popular and critical, so needed to seriously shift from what he’d been doing, and go different places.  But he’s returned to his original path, not back where he started (though he did return to original, Bright Eyes label Saddlecreek), but to where he was originally heading with his new record (not, actually, unlike Stevens – QRO album review).  So yes, Bright Eyes is back.