British Sea Power have unleashed a new album entitled 'Let the Dancers Inherit the Party' and for the next couple of hours, the sell out crowd were determined to... 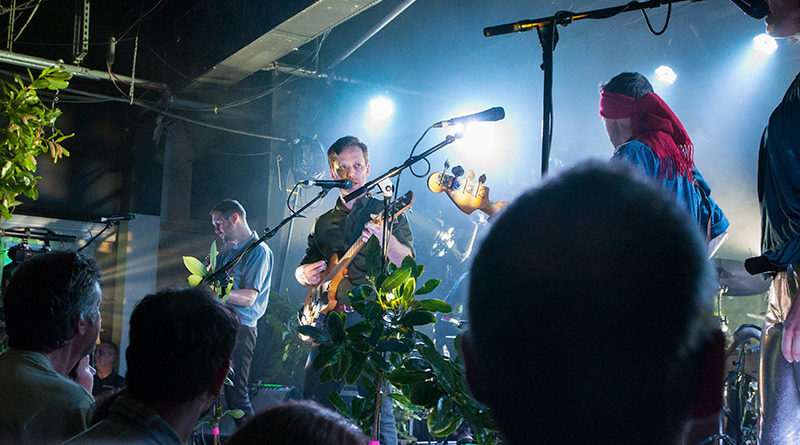 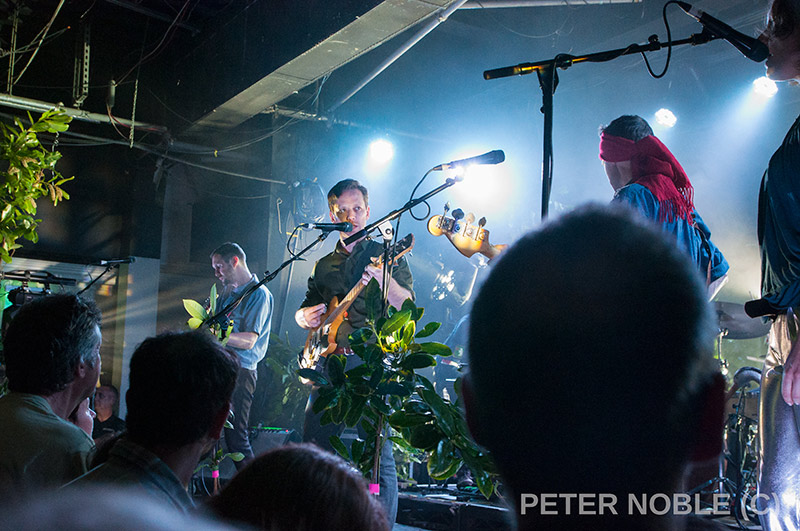 In the heart of Bohemian Bristol stands the Trinity Centre Arts and Community Centre. Previously a church built between 1829 and 1832 using Bath stone in a Perpendicular style, a style of English Gothic architecture characterized by its strong emphasis on the vertical elements and its linear design. It has two octagonal bell towers with open turrets sitting on either side of the main entrance, which used top house the bells. The towers now sit empty and are occupied only by bats and pigeons and this night British Sea Power flew in, Thursday, April 6th, bringing its own style, characteristics and brand of nature to blossom and bring joy.

The Brighton based sextet have unleashed a new album entitled Let the Dancers Inherit the Party (QRO review) and for the next couple of hours, the sell out crowd were determined to make it a night to remember. The usual BSP decor draped the stage in the form of various branches, shrubs and other fine greenery and dotted almost hidden in amongst the foliage could be spotted the odd plastic owl, heron or lighting engineer perched perfectly to make sure BSP delivered.

Needless to say, the result was never in doubt… ‘Easy, Easy, Easy!!…’ But that comes later.

The talk in ‘the lads toilet’ prior to the main event was how hot it was inside the packed venue, every corner, crevice and vantage point was taken up, with some unable to see the stage. 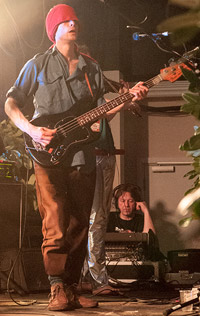 Arrival of BSP to the stage was met with raucous applause as they wasted no time in launching into a single of the new album “Bad Bohemian” with it’s catchy choruses, with bassist Neil Hamilton sporting a red scarf tied around his head and Abi Fry (viola), looking very glamorous in her sparkling silver trousers. “International Space Station” also from the new album followed with a throbbing dance along beats from Matthew Wood, hidden behind shrubs and drums and even then his face was rarely visible underneath his blond mop of hair. Vocals and guitarist Jan Wilkinson had to make an early request that the lighting engineer turned down one of the lights, because of the frontman’s inability to make out the frets on his guitar.

All tracks from the new album were played throughout the evening bar one track; such is the bands confidence in the new material, which was justified as all tracks were met with the same vigour and appreciation. 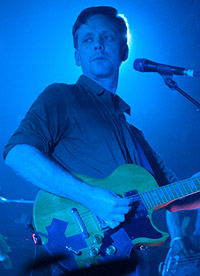 There was also time for the band to exercise and give an airing to a few old favourites such as then impossible to leave out “Remember Me” and the beautiful and delicate “North Hanging Rock”, from the 2005 album Open Season, which held the room transfixed and silent, allowing each note from Martin Noble’s guitar to ring majestically, soaring above the audience.

There was lots of interaction and ‘banter’ between the audience and the band in-between songs, as the show really started to warm up with band and audience growing ever more relaxed and allowing the mood really take over. There were plenty of smiling faces and opportunity for a good old dance, or pogo for those who could not help themselves. There certainly is a more hopeful and greater ring of positivity from the new songs from Let the Dancers Inherit the Party – “Saint Jerome” is full of summer and warmth. 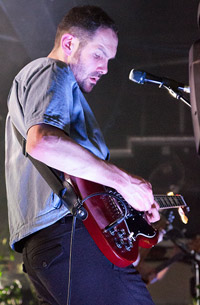 Another single from the new album “Keep on Trying (Sechs Freunde)” was a firm favourite with band and audience over emphasizing German accents when singing along to the chorus, a mad creation from the creative world of this band who seem to be prepared to give everything a go, as it helps to enrich and add textures to the music. One minute it’s craziness, the next it is gentle and precious, beautiful and eerie – a very underrated band indeed.

In 2008 the band released possibly their most accessible album Do You Like Rock Music? (QRO review), and two tracks from this album are permanent fixtures in any BSP set list. “Waving Flags”, which was joined by a large polar bear and big brown grizzly bear in amongst the mosh pit. The second being “No Lucifer” with its football terrace chat of ‘Easy! Easy! Easy!’, which began the three-song encore which saw BSP return to the stage in glistening silver suits which I assume saw the members of the band ‘basted’ beneath and wrapped in something resembling ‘Bacofoil’. 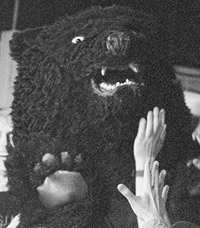 Things got really succulent with “The Spirit of St. Louis” and “Carrion/All in it” with lashings of Martin Noble as he crowd surfed across the top of the audience heads and successfully returning to boil back on the stage.

The timer went on the oven and the BSP manager could be seen by the side of the stage trying to coax the band off stage, before he got burnt for going over time. There was a mild state of panic in his eyes as Wilkinson appeared to start jamming “Rock in A” (not on the set list), proof that one of those memorable nights had again occurred.

British Sea Power – a band for any party, so go and inherit the new album and see them live in a town near you. 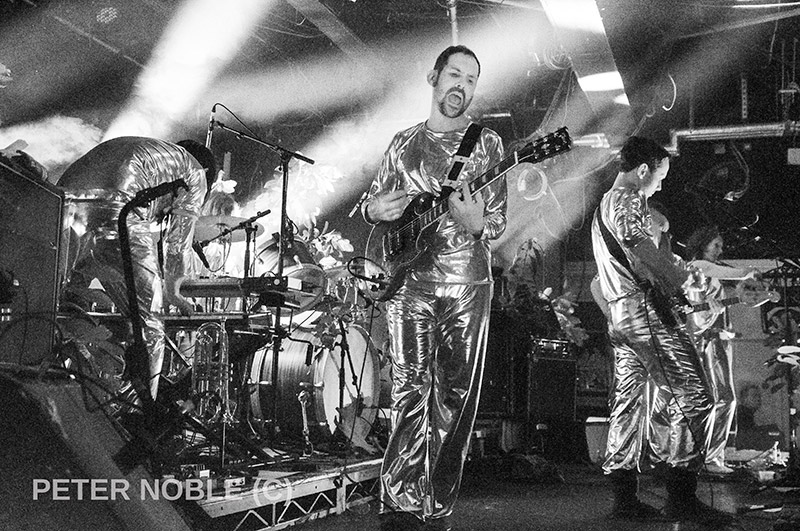