Of course in every show there comes a moment when you think, ‘I wish they could end this with a bear fight’.... 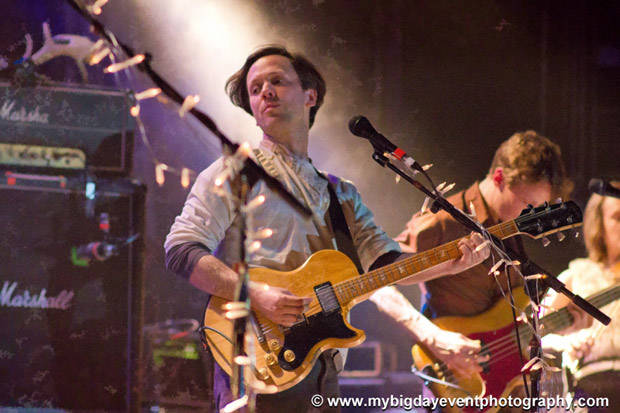 The stage looked conventional enough.  Four microphone stands in a row stage front, drum kit and keyboards on risers behind.  The violins and brass instruments indicated that there might be more to this show than the usual drums, bass, guitar of course, but strings and brass aren’t unique.  We’ve seen them before.  Trees less often.  But there they were, great twiggy outcrops scattered around the stage, springing up behind the drums and up the side of the sound desk, like Birnam Wood in search of Dunsinane.  And the lights were unusual.  Every vertical surface (and the trees) had been covered with chains of long narrow fairy lights – from a distance it looked as though they had been swathed in razor wire.  But that was all.  If you discounted the blue glass penguin and the moose antlers taped to the top of the speaker.  Other than that it was all perfectly ordinary. 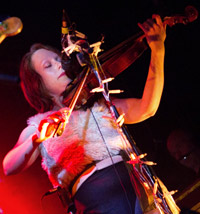 Welcome to British Sea Power at Leeds Met on Tuesday, April 9th – a show by a band who refuses to take themselves seriously delivered to a packed house of people who take them very seriously indeed.  Two things were very noticeable about the audience at Leeds – firstly the age range, which was as wide and evenly spread as ever seen at a gig, secondly the number of people who clearly knew all the words to the songs, even to the most recent album which had only been released a week earlier.  This was a serious audience.

BSP opened the show with a semi acoustic session before handing over to Manchester guitar drum duo Brown Brogues (QRO photos) and then returning for their main set, which kicked off with the cheerful poppy “Machineries of Joy” followed by a bluesy “Lights Out For Darker Skies” from 2008’s Do You Like Rock Music? (QRO review) and the melodic “Bear: from the 2010 EP Zeus (QRO review). 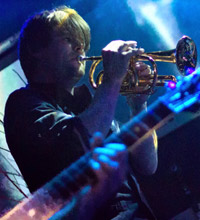 Their set followed a similar pattern throughout – an eclectic survey of their output from the past ten years, with plenty of tracks from their new album but many from their earlier recordings, especially their debut Decline of British Sea Power, and the pace constantly changing with louder rock influenced tracks alternating with deft guitar pop. 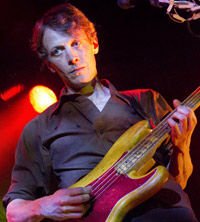 Highlights included “When a Warm Wind” with its urgent drum intro, “Light Above Descending” which features bursts of 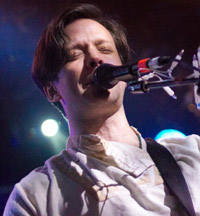 static laden feedback, “Loving Animals” and “Mongk II” for which Hamilton (who swapped vocal duties with brother Yan through the night) put aside his bass and adopted a fine looking cherry red f-hole guitar and an explosive “Apologies To Insect Life”. 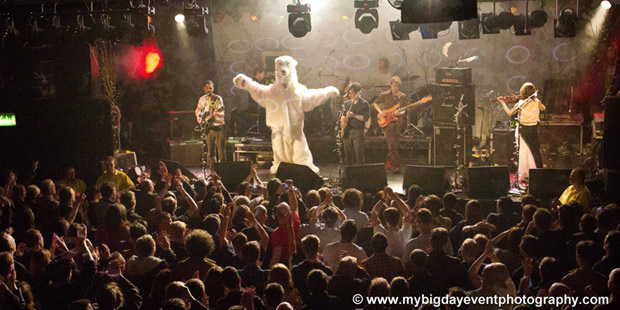 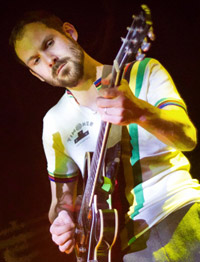 Of course in every show there comes a moment when you think, ‘I wish they could end this with a bear fight’ – and tonight was one of those all too rare nights when it actually happened, the band being joined on stage for the encore by a large polar bear (Ursus maritimus), which quickly found itself embroiled in a skirmish with a black bear (Ursus americanus).  Anyone who has children will know the ‘which would win?’ question, and if they could have got a rhinoceros on stage one of the recurring debates in our house might have been resolved, but it was not to be.  Eventually the band managed to separate the animals, after which the polar bear led the dancing from the pit while its black relative took out its frustrations on Noble, the guitarist. 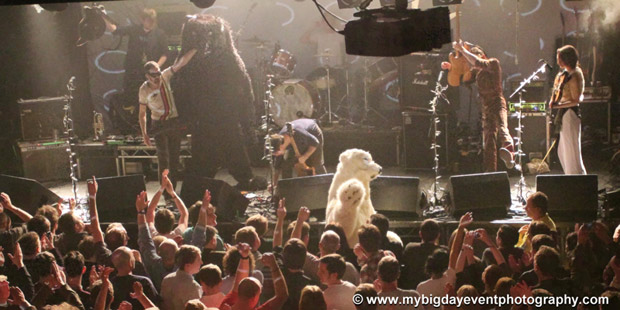 And of course all of this happened as if it was perfectly normal and usual, which for BSP it probably is. 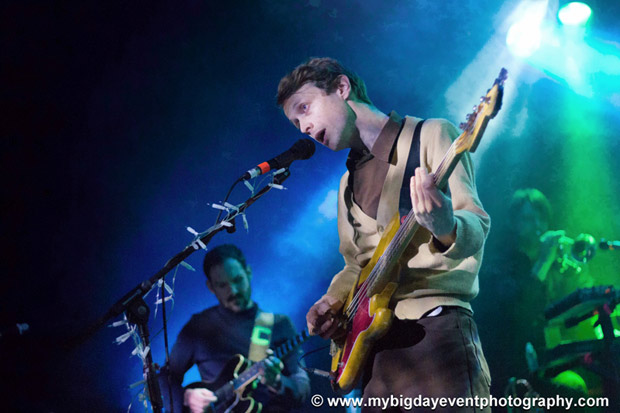 Stereophonics – Graffiti On the Train