<img src="http://www.qromag.com/wp-content/uploads/2009/11/broadcastnov1.jpg" alt=" " />Portland's creative types came to the über-hip Doug Fir Lounge to show their admiration for Broadcast, one the U.K.'s most unique sounding bands in recent... 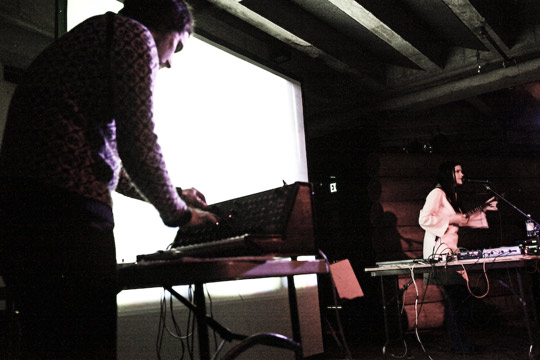 Portland’s creative types came to the über-hip Doug Fir Lounge on a Sunday night, the day after Halloween, to show their admiration for Broadcast, one the U.K.’s most unique sounding bands in recent memory, who were supported by Atlas Sound.  The sold-out crowd was treated to an evening filled with psychedelic twists and turns. 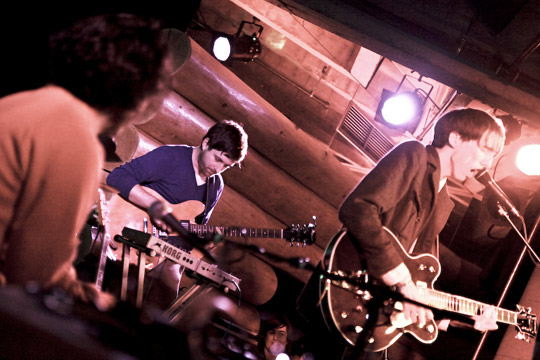 Click here for QRO’s review of Atlas Sound at Music Hall in Williamsburg in Brooklyn, NY, NY on February 24th, 2008

Atlas Sound, fronted by the affably charming Bradford Cox (of Deerhunter – QRO live review) had the crowd chuckling a-plenty with quips such as, "I forgot to clean the spit out of my harmonica before playing that song!"  And another oddity, "I’m feeling like a log cabin raped by plastic!"  The band manages to incorporate trippy sounds with jangly guitar pop.  One of the night’s bright spots was the duet between Bradford and Broadcast’s Trish Keenan.  Bradford was beaming with delight as the twosome finished their collaboration, and he could scarcely contain his enthusiasm. 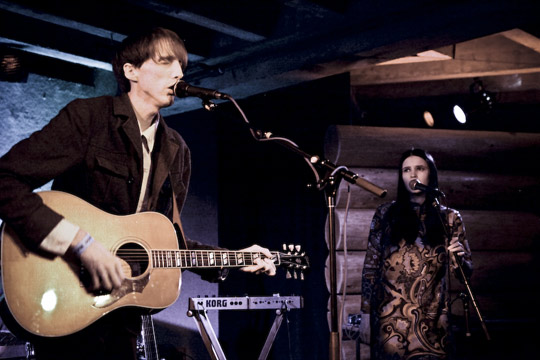 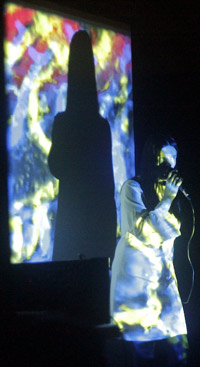 Broadcast opened up with a twenty-minute segment of experimental noise.  Barely discernible ‘ooh’s, ‘aah’s and ‘laa’s with a variety of indistinguishable vocals accompanied a ceiling height screen which flashed black and white images.  The crowd was in a virtual trance – or perhaps they slipped into a temporary post-Halloween candy coma.  The remaining thirty-five minutes of their set provided a more upbeat ride, and the images flashing on the screen from here on out were largely in color.  Keenan’s shimmering soothing voice fit nicely with the futuristic beats from duo’s electronic programmer, James Cargill.  Broadcast’s sound most often garners comparisons to Stereolab, and since the latter is now officially on hiatus, it looks at though the former will have to carry the torch for the art school crowd all by themselves.  Judging from the performance that the band gave, they seem ready for the task at hand. 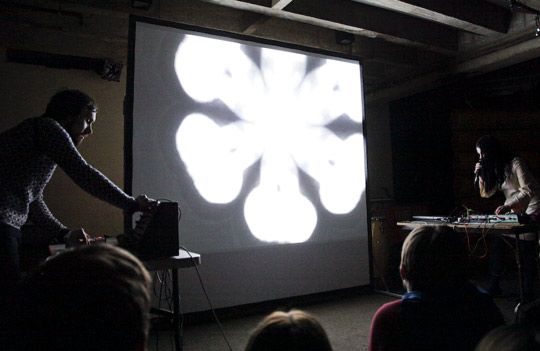