The Scene is back with 'Hug of Thunder', a revival and celebration of all that the band means.... 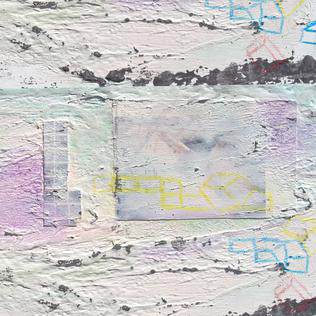 There was a time when Broken Social Scene was the ‘next big thing,’ back over a decade ago when the idea of music from Canada (that wasn’t Rush) was the ‘next big thing.’ The Toronto collective’s You Forgot It In People was as classic a breakthrough as Arcade Fire’s Funeral, a soaring indie-rock embrace. Since then and self-titled follow-up, the Scene has only occasionally been together, like with 2010’s Forgiveness Rock Record (QRO review), as the various members, who have included founders Kevin Drew (QRO solo live review) & Brendan Canning (QRO interview) with the likes of Feist (QRO live review), Emily Haines (QRO solo album review) & James Shaw of Metric (QRO live review), Amy Millan of Stars (QRO live review), Charles Spearin (QRO interview), Andrew Whiteman (QRO interview) of Apostle of Hustle (QRO spotlight on), and more, have all done their own things (obviously…).

But the Scene is back with Hug of Thunder, a revival and celebration of all that the band means.

Even for a Broken Social Scene record, Thunder has a lot of contributors at 18, with the ‘female vocalist duty’ that’s usually just done by a different woman each album, shared among many, including Feist, Haines, Millan, Lisa Lobsinger, and Ariel Engle. But that job isn’t ‘be pretty and sing,’ but rather fully contributing, which extends to the band as a whole, even with Drew’s clear role as frontman. Thunder is a collective record, and revels in that and what it can accomplish.

There are pieces that are led by one songwriter, but raised even higher by the rest of the group, such as the Haines-led ironic uplift “Protest Song”, Feist’s low-key growing & glowing title track single, and the intimate Drew “Please Take Me With You”. There are also tracks where the gang all works together as a super-one, like classic BSS expansive single “Halfway Home”, push forward, upward, outward “Vanity Pail Kids”, wistful atmosphere “Skyline”, sweet & soft lounge BSS “Victim Lover”, and the shining sadness & laid-back tragedy of “Gonna Get Better”. And the instrumental-loving outfit opens with one in “Sol Luna”, while closer “Mouth Guards of the Apocalypse” begins as a meandering epic instrumental before morphing into a giant, fuzzy call to family.

For those who fell in love with Broken Social Scene lo those many years ago, Hug of Thunder is maybe their most complete return since You Forgot, a wonderful way to get the band back together.