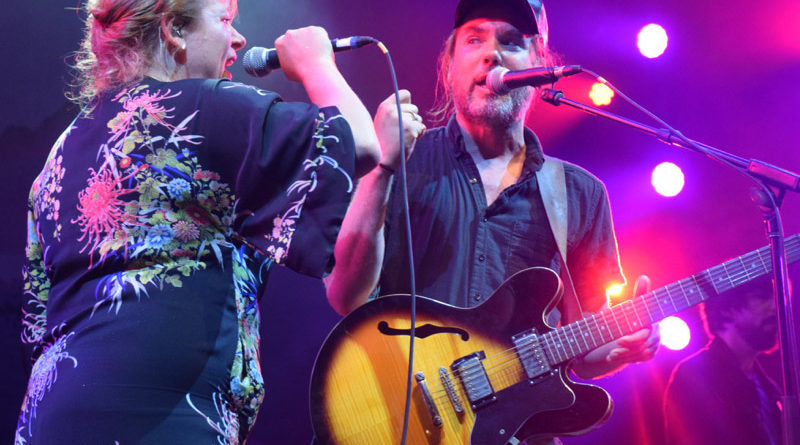 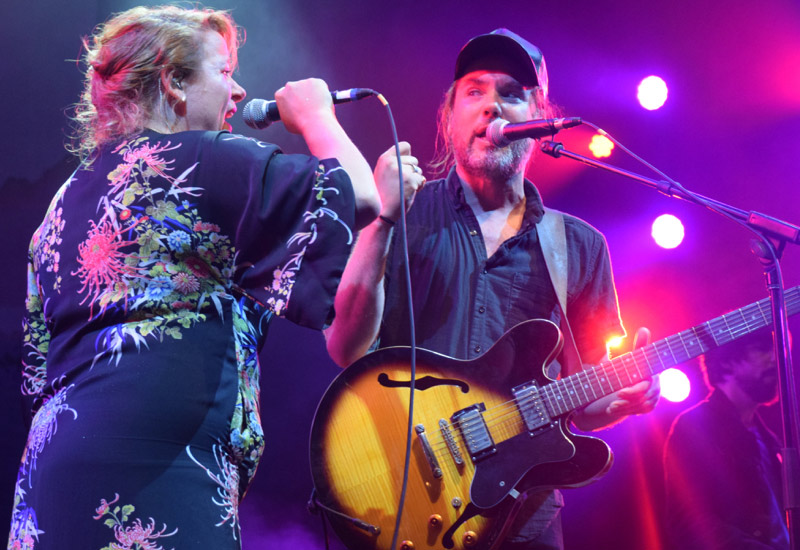 Two decades ago, Kevin Drew and Brendan Canning (QRO interview) got together and formed Toronto’s Broken Social Scene. The band has grown & grown, with members such as Charles Spearin (QRO interview), Andrew Whiteman (QRO interview), Justin Peroff, Sam Goldberg, Leslie Feist, Emily Haines, Jimmy Shaw, Ariel Engle (QRO interview), Amy Millan, and many more. In 2002 they put out the seminal ‘Canadian Invasion’ record You Forgot It In People, followed in 2005 by their self-titled album, and more. They’ve played New York City many, many times, going all the way back to the old Northsix (long since turned into Music Hall of Williamsburg – QRO venue review). On Thursday, July 25th, BSS returned to the Big Apple for another amazing show, at Brooklyn’s Prospect Park Bandshell (QRO venue review) for BRIC Celebrate Brooklyn!. 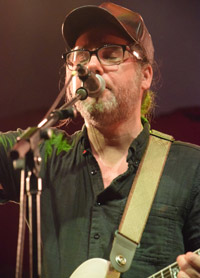 Drew thanked everyone for coming out, even though the band had played New York frequently recently, three in a row just two months ago at Webster Hall (QRO photos of the final night). Maybe he was thinking of their 2006 show at Prospect Park Bandshell, which wasn’t as well attended as this packed night, but this show was also free. Hell, maybe he was thinking of their 2005 set at Central Park SummerStage (QRO venue review), opening for the just-reunited Dinosaur Jr. (who were ironically on the same 2019 night opening at SummerStage for Kurt Vile, who had also once opened for them). Indeed, the free Celebrate Brooklyn! show was only announced after the three (not-free) Webster Hall shows had concluded – but more Broken Social Scene is always welcome. 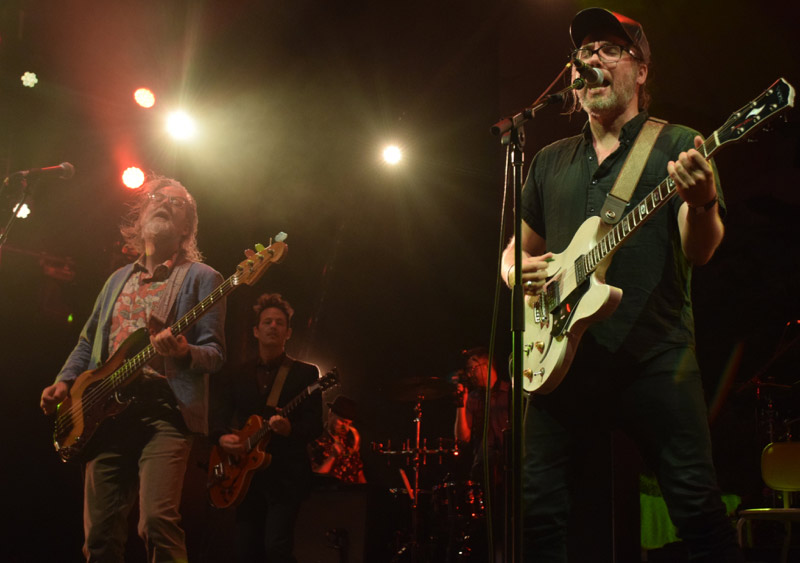 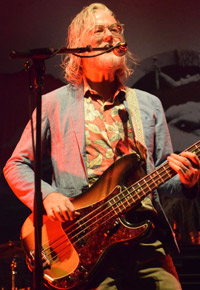 Very welcome, because as great as those early albums were, by now BSS had a wide selection of records & songs to choose from for this special bonus evening. Unlike the “deep cuts” that they’d played their last time in New York [note: at your correspondent’s in-person request of Kevin Drew], this night was dedicated more to the hits, starting with a popular People one, “Cause = Time”. Maybe once upon a time Broken Social Scene averred from playing their oldies (like even in 2006, Drew outright turning down a request then), but by now they have fun with it all, such as Broken Social Scene’s single “7/4 (Shoreline)” (which introduced all the hipsters to Feist before she was in an iPod ad…). What’s notable is that the newer pieces fit right in with the older, such as following those two classics with “Protest Song” off of 2017’s Hug of Thunder (QRO review) and “Can’t Find My Heart” from this year’s Let’s Try the After Vol. 2 EP (QRO review). 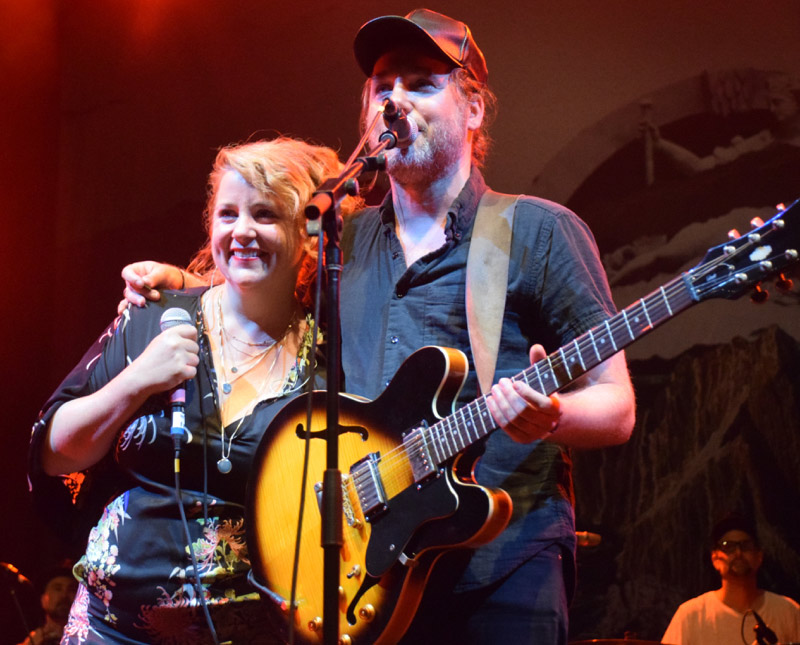 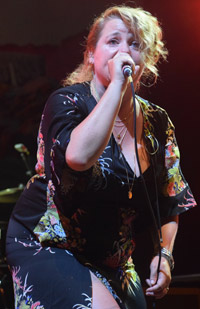 Also fitting right in this night was Amy Millan, who might have been in the Scene since the early days & many times since, but still has her primary job co-fronting Stars. The female vocalist role in the band most recently has been filled by guitarist Andrew Whiteman’s wife Ariel Engle, but she was already doing her own solo La Force thing, so Millan worked Brooklyn into her schedule. Also unable to make it was multi-instrumentalist Charles Spearin, so Millan’s husband Evan Cranley filled that varied role. Drew early on noted that it was the thirtieth anniversary of him & Millan meeting at summer camp – and it was also the fifteenth wedding anniversary of Millan & Cranley, so BSS did a Stars song, the beautiful “Ageless Beauty”. 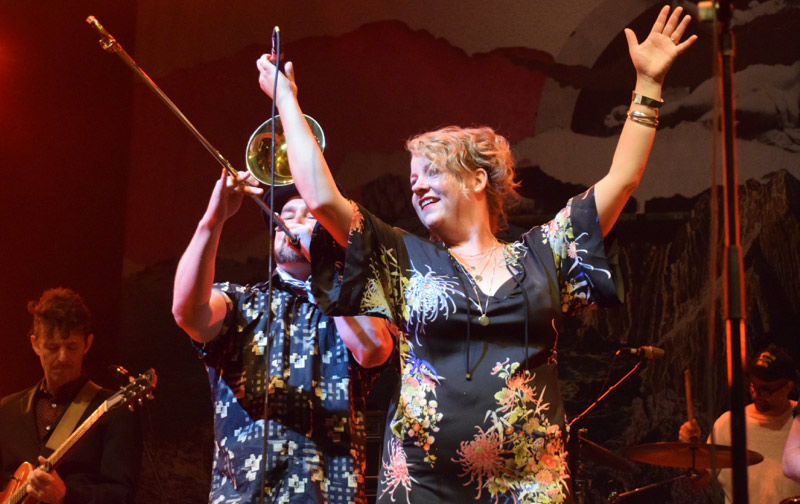 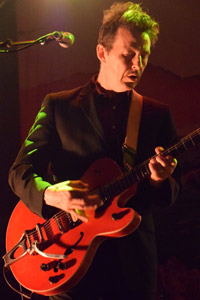 Millan & Drew have a great chemistry on stage, this night & any other, reflecting their long-standing friendship, easily passing the mike. Indeed, Drew passed the mike quite a bit in the middle of the set, such as Canning’s “Stars and Sons” and Whiteman’s back-to-back “Fire Eye’d Boy” and “Art House Director”. Drew’s always been willing to take a back seat, literally going to the back of the stage to do keys for a spell, and this evening followed those songs with the set’s slower section of “All to All”, “Sweetest Kill”, and “Looks Just Like the Sun”. A few days after playing Brooklyn, Broken Social Scene had to cancel their European tour due to Drew’s health, but other than that period of less-than-utmost action, he seemed well at Prospect Park. 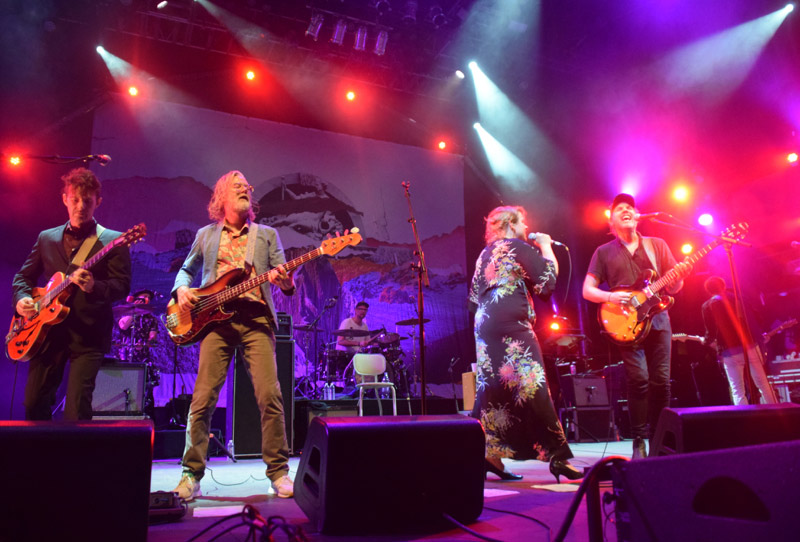 BSS “ripped through the set,” as Drew remarked, with Broken’s “Superconnected”, Thunder’s “Halfway Home”, Forgot’s classic “Almost Crimes”, and Broken’s “Ibi Dreams of Pavement (A Better Day)” – during “Pavement”, Drew asked the crowd to take part in their ‘scream out’ “Canadian therapy,” to get everything out with a primal yell. After that song ended, Drew said that, in the “first time in the band’s history,” they had extra time at the end of their performance, so added on two more oldies, Forgot’s “Anthems for a Seventeen Year-Old Girl” (after joking with Millan about much older songs that they’d threatened to play) and Broken’s closer “It’s All Gonna Break”. Indeed, there was even another primal scream before curfew.

“Sorry we didn’t play everything, but we’ll come back in a couple of years and play everything,” Kevin Drew apologized (they are Canadians), because the band has enough great material to play every night. 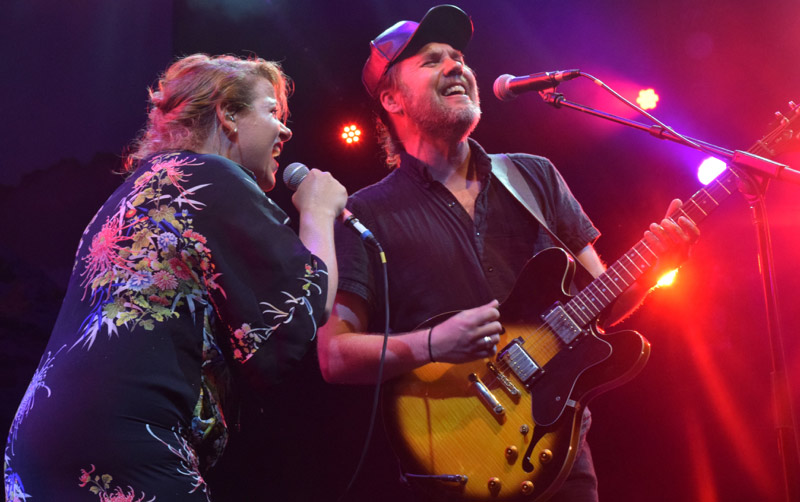