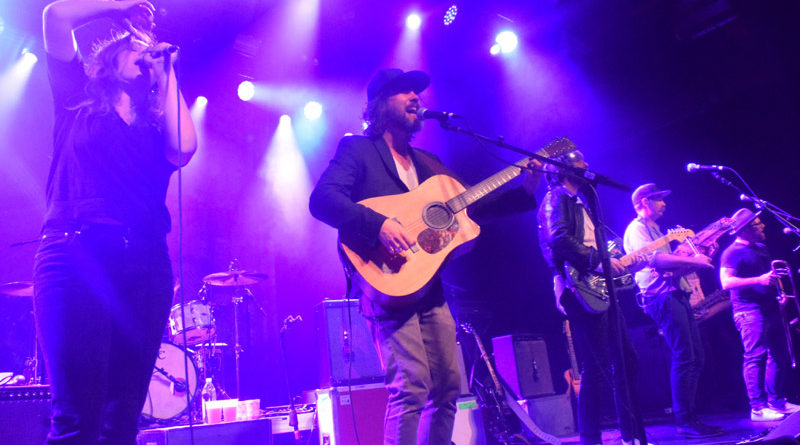 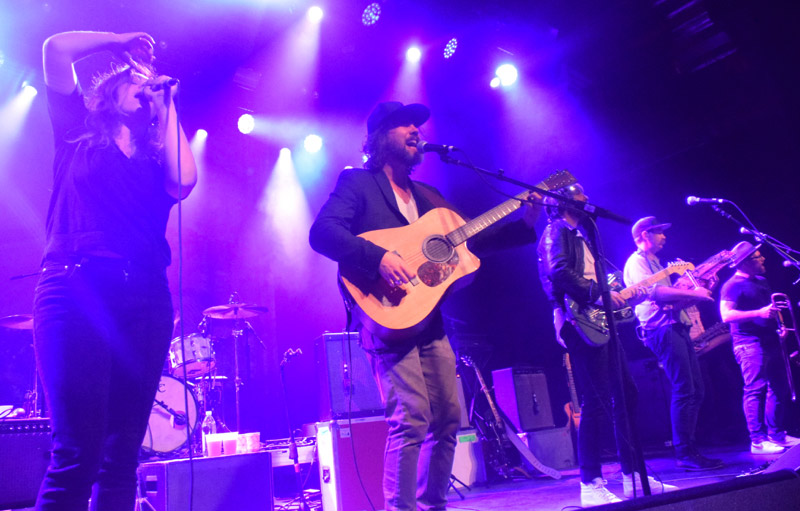 Long ago, in the dawning of the twenty-first century, Broken Social Scene broke out from Toronto as part of the ‘Canadian Invasion’ with acts like Arcade Fire. Time has moved on, and the collective has had the habit of going on hiatuses while various members do other projects – only to reform with another great new record. But music has also moved as they’ve aged, and white guys playing soaring guitars is a bit old hat in these days of multicultural electronic synths. Yet live at Brooklyn Steel (QRO venue review) on Wednesday, October 4th, old & new songs, old & new fans, all came together as “family.” 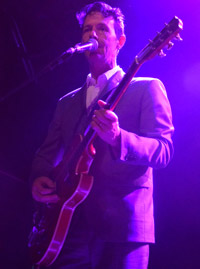 BSS are touring behind this year’s Hug of Thunder (QRO review), but opened up with one of their earliest songs, an instrumental no less, “K.C. Accidental”, off of their 2002 breakthrough You Forgot It In People, followed by another early single, “7/4 (Shoreline)” from 2005’s self-titled follow-up. Broken Social Scene have been around long enough to have their ‘hits’, the songs that everyone wants to hear live, but it’s impressive how many there are (for a band that’s only got five full-lengths, and the first, 2001’s Feel Good Lost, is mostly instrumental and rarely played), and they range widely from instrumentals like “K.C.” to the driving “Shoreline” (the piece that introduced you to Feist before the iPod ad…), the night’s epic into the encore break “It’s All Gonna Break” (Broken Social Scene) or the sweet and intimate “Anthems for a Seventeen Year-Old Girl” (Forgot). 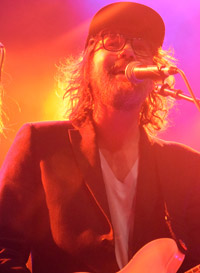 That is what happens when basically every song from those two records is a classic, as are most from the more recent Thunder and 2010’s Forgiveness Rock Record (QRO review). Forgiveness’s “Texico Bitches” is still a killer single, and “Sweetest Kill” is made even sweeter when frontman Kevin Drew sings from the crowd. And usually on a new album tour by a band with a back catalogue, there’s a new song or two they play live that one would have swapped for another late great, but it was hard to argue with Thunder pieces like the soaring single “Halfway Home”, the oh-so-appropriate “Protest Song”, even sweeter “Stay Happy” (which saw opener The Belle Game join in), the title track, and the reaching for the heavens “Skyline”. 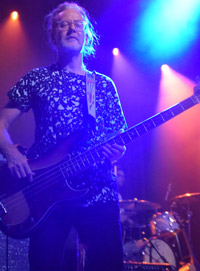 Drew joked that he wasn’t going to talk so much, to give more time for the music, which made sense, though the crowd missed out on extra Drew banter. He did say how much the Canadians love “your country, no matter what,” before “Protest Song”. During evening closer “Ibi Dreams of Pavement (A Better Half)”, the singer/guitarist had the crowd shout out all their frustrations at once (and there’s been a lot this year…). He also took the time to introduce each member of the band at various times, such as guitarist Andrew Whiteman (QRO interview) before Whiteman sang “Fire Eye’d Boy”, or bassist Brendan Canning (QRO interview) before Canning sang “Texico Bitches” – don’t worry, less-vocal drummer Justin Peroff and multi-instrumentalist Charles Spearin (QRO interview) got their introductions as well. 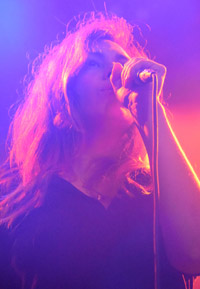 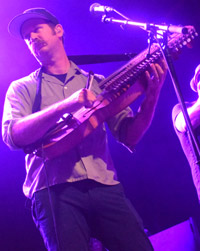 And special mention of newest member, Ariel Engle. Ever since the band started singing, Broken Social Scene has recruited female singers for their records, and brought at least one on tour. That’s how you first saw Metric’s Emily Haines, Stars’ Amy Millan, and Feist’s Leslie Feist. But those are big shoes to fill in this decade – it’s hard to imagine Forgot’s “Almost Crimes” without Haines. Yet Engle more than held her own, playing guitar as well. 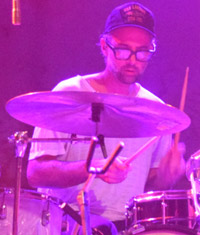 Broken Social Scene were as essential to the early 2000s revival of indie-rock as Arcade Fire or The Strokes, bringing the epic back in all the right ways. Since then, despite their disappearances (or perhaps because of them), they’ve managed to keep what has made them great while also pushing forward. “We’re not a band, we’re a family,” Drew remarked, and it’s true, a feeling that extends to the crowd during their amazing shows. 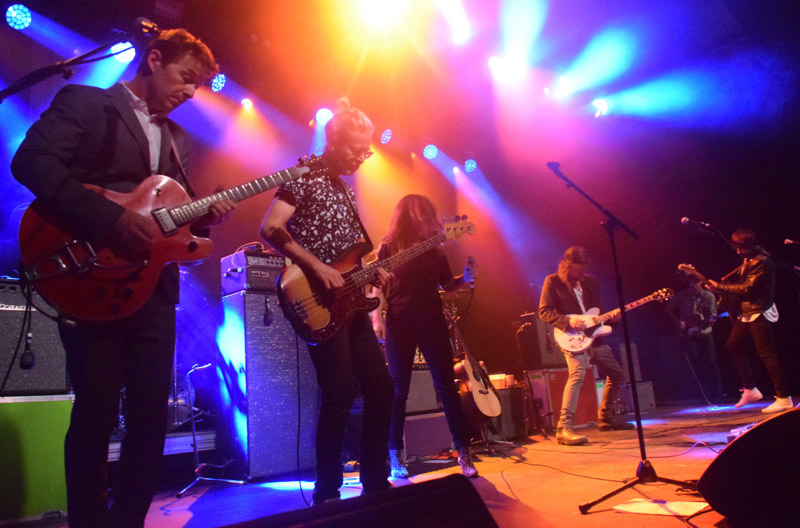