Brooklyn Steel is located on 319 Frost Street, Brooklyn, between Debevoise and Morgan Avenues, many blocks east of the Williamsburg/Greenpoint music venues. It is part of the ‘Bowery Presents’... 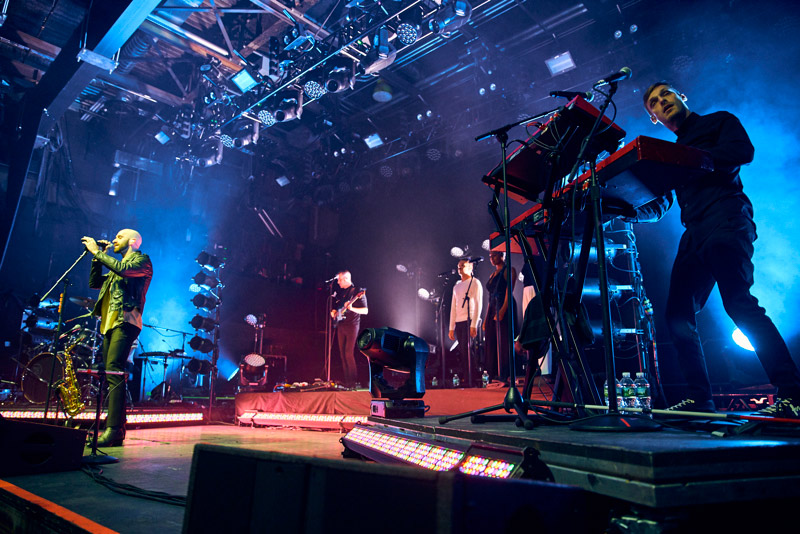 Brooklyn Steel is located on 319 Frost Street, Brooklyn, between Debevoise and Morgan Avenues, many blocks east of the Williamsburg/Greenpoint music venues. It is part of the ‘Bowery Presents’ circle of venues, along with Music Hall of Williamsburg and Terminal 5; from noon to six PM, Monday-Saturday, PlayStation Theater serves as the box office for all four places. It is a relatively new venue, having opened on April 6th, 2017 with five nights of LCD Soundsystem.

While listed as being on 319 Frost Street, the actual entrance is around the corner on Debevoise Avenue. The entryway has metal detectors inside the foyer (which can create a serious line to enter), along with a food stall and the box office, with the actual stage area to the right of the foyer, with the stage itself on the street side. A large, deep warehouse, it has one balcony, well removed from the stage, with the VIP area usually on the house-left wing and house-right wingtip of the balcony. Bars are located at the back of both levels, as well as along the foyer, with bathrooms, coat check, and merch in the back of the foyer (the coat check & merch lines at the end of a show can create a serious bottleneck for those trying to leave the bathrooms). Starting in November ’21, American Express began offering a special deal for card-holders, free coat check, five dollars off first two drinks, and separate entrance line (which ironically ends up being longer than the regular one).

Somewhere between Bowery Presents’ Terminal 5 and its previously run Webster Hall, the deepness of the stage area keeps one relatively far from the stage, but also gives strong sight lines throughout, and doesn’t have the cramped feel one gets under larger balconies. The sound and lighting are naturally strong, something Bowery Presents knows well, though unfortunately drink prices are in the higher range like Terminal 5 & Webster Hall. It is located much deeper into Brooklyn, and away from a subway stop, than any other Bowery Presents venues, or most year-round venues in general in NYC. It’s not quite the ‘Brooklyn Terminal 5’ like Music Hall of Williamsburg is to Bowery Ballroom, but does provide more space in NYC for mid-to-large acts, particularly if combined with a stop at Terminal 5 or Webster. So far, Bowery Presents has been able to make all of its spaces into regular haunts, and looks to continue with Brooklyn Steel.

L to Graham Avenue – walk one block east on Metropolitan Avenue, half a block northeast on Maspeth Avenue, five-and-a-half blocks northeast along Woodpoint Road/Bushwick Avenue, one block east on north side of Frost Street, turn left on far side of Debevoise Avenue 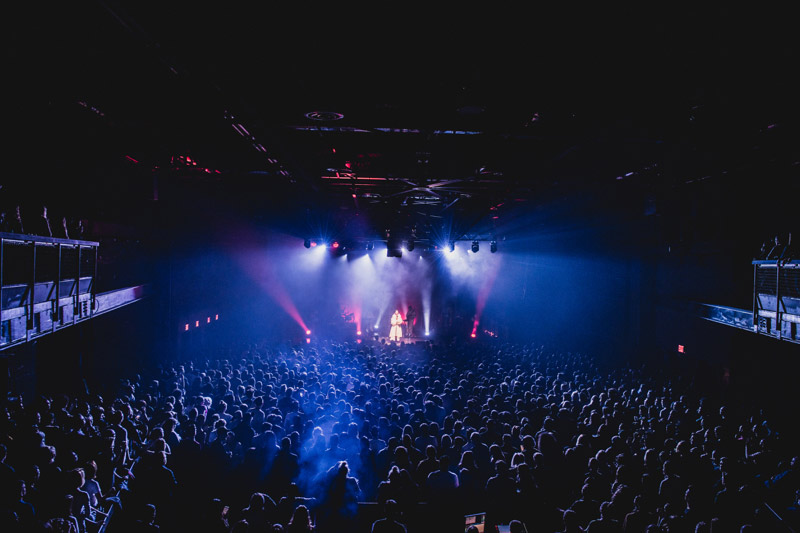