Where did underground success go?... 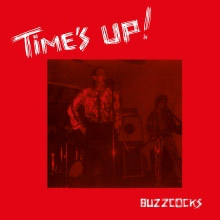 Where did underground success go? Digital may have cursed it somewhat, but with bands like The Buzzcocks, it still exists for the older generation, and some savvy youngsters if they look for it, like on the reissues of 1976’s Time’s Up and Spiral Scratch.

Like the sound in The Buzzcocks’ Time’s Up and Spiral Scratch live-take and demo releases, which are a continuation of what with The Buzzcocks one always gets. That is, some solid punk, and some more interesting notions of rebellion and jam-rock themes. If jam-rock is a thing. Howard Devoto is singing lead on these, before Pete Shelley took over, but they are both very talented and similar. 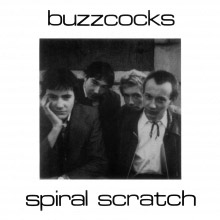 It is funny though, The Buzzcocks are in their own way as good as any band of their era. They are not as well known though and maybe more fitting in the ‘90s, but they play solidly on these releases, and give some extra energy in the reveal of the more mainstream songs with Times Up. Spiral Scratch is demo and B-side material. This is solid, if not as prominently required listening.

As their later albums move in through the U.K., Radiohead-happy, era of music and believers-type songs (see “Keep on Believing” off of The Way among others) continue to grow their image albums like this look even better, because they are even more raw and still above the norm. Songs like “Boredom”, “Don’t Mess Around”, “Times Up” and “Tear It Up” are energetic and unyielding. The latter is the first track on here, which is a great intro for a punk record, with heavy rock bass and grinding drums going through the whole song. “Boredom” is classic, and maybe one of the better tracks in punk during this time period, being both jaunty and outraged. “Orgasm Addict” is also notable, in the same way; then “I Love You, You Big Dummy” and “Lester Sands (Drop in the Ocean)” are both really bold music, and don’t mess around much. They are simpler and like common punk than some of the other tracks here.

Click here for photos of Buzzcocks at 2017 Riot Fest in Chicago, IL in the QRO Concert Photo Gallery

Click here for photos of Buzzcocks at 2015 Project Pabst in Portland, OR in the QRO Concert Photo Gallery

Click here for QRO’s review of Buzzcocks at Rock City in Nottingham, U.K. on October 2nd, 2014

“Love Battery” of course works anyways, and it is a nice idea to take love lightly today, especially when paired with the more aggressive tracks. What people want in punk is grinding, out front, lyrics and fast riffs and this goes for drums as well. The Buzzcocks kind of perfect this, sometimes, and other times just go with interesting guitar as the lead. Such is the case on ”I Can’t Control Myself”. Many think Kurt Cobain was the first rough vocalist to do the right punk for mainstream, but The Buzzcocks do this on “Friends of Mine” and especially on “Breakdown”, and then the same songs seen on Spiral Scratch. Most of these do well and pull out some energetic pop sounds occasionally.

Times Up and Spiral Scratch are recommended just for the punk riffs and drums, but when there is a hook too, The Buzzcocks can be magical even today. Go take a look at these or any record by them in the past decade, no matter how old you are.