The term legendary and/or iconic sits uneasily on their careworn near four decade old musical shoulders.... 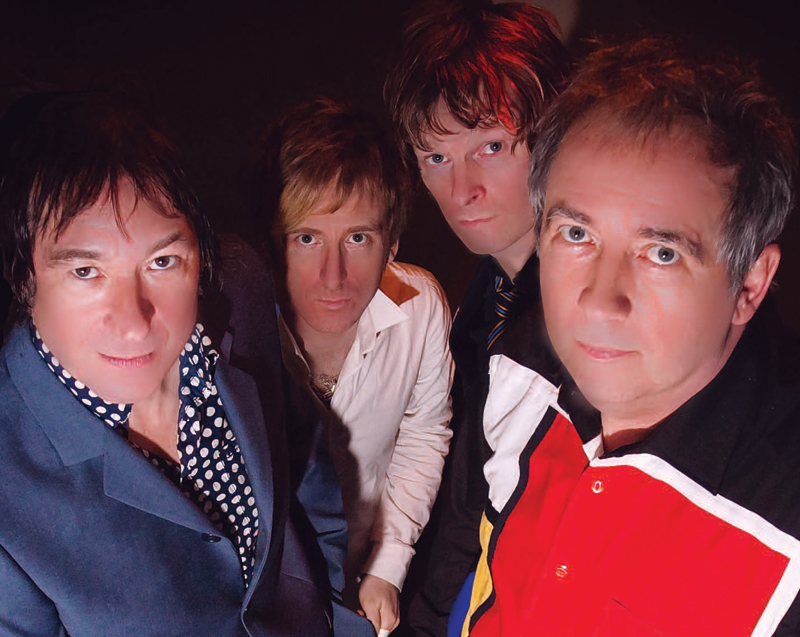 Click here for photos of Buzzcocks at 2015 Project Pabst in Portland, OR in the QRO Concert Photo Gallery

Click here for photos of Buzzcocks at 2014 Riot Fest in Chicago, IL in the QRO Concert Photo Gallery

For a band that’s Moniker is more recognisable by the hoi polloi as a part of the title of a second rate U.K. pop quiz programme (Never Mind the Buzzcocks), rather than the producer of three minute pop classics, the term legendary and/or iconic sits uneasily on their careworn near four decade old musical shoulders. Unlike their contemporaries such as The Clash and Sex Pistols, they have not had the accolades and all manner of superlatives heaped on them whilst their fifteen minutes of fame seemed to be almost stolen by Fine Young Cannibals, whose cannibalisation of “Ever Fallen In Love” being a top ten U.K. hit in 1986. For the uninitiated Buzzcocks were more than a band, they were a spark, a catalyst almost, for a musical firmament which spawned everyone from Joy Division to The Smiths and even Factory Records itself, with the late great Martin Hannet producing the initial Spiral Scratch EP. When Howard Trafford (Devoto) and Peter Campbell McNeish (Shelley) set off to hitchhike to see the Sex Pistols in London, who would have thought that they would manage to convince them to return to perform not once but twice to play gigs in Manchester in February and July 1976, with all the future movers and shakers in the Manchester music scene in attendance, the second performance supported by Buzzcocks themselves.

Fast forward almost 40 years and Buzzcocks are embarking on yet another U.K. tour in support of their PledgeMusic-financed ninth album, The Way. The album is co-written by the two remaining original members Steve Diggle and Pete Shelley, the track listing alternates between the two composers with the forthcoming single ”It’s Not You” being the only track given writing credits to Danny Farrant (drums). The style has not seismically shifted from the pop/punk ethos they have always maintained with the most noticeable difference being the ‘breaking’ of Shelley’s voice compared to their early releases.

At Nottingham’s Rock City on Thursday, 2nd October the band played to an almost capacity crowd of ageing punks, curious students and Buzzcocks obsessives. They opened with “Boredom” from the aforementioned Spiral Scratch EP, and after the classics just kept on coming. Steve Diggle is the focus of the foursome, throwing his clichéd rock star shape with a smile and bonhomie that was infectious, leaving Shelley to anchor proceedings. Mid set was taken up with new material, including a blistering version of the new single, and the set was closed with three more gems, “Promises”, “Love You More” and “What Do I Get?”. They encored with an extended version of “Harmony In My Head”, “Ever Fallen In Love?” and the perennial favourite, “Orgasm Addict”. After almost forty years these songs still sounded as fresh as ever, dealing as they do with subjects even older than the band members themselves!!