A song truly worthy of being your tail-of-summer jam. A natural successor to the throne of raw honesty regarding honest things (like raw feminine energy) forged by Sophie B.... 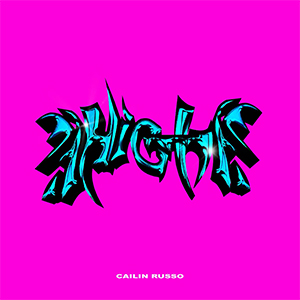 A song truly worthy of being your tail-of-summer jam. A natural successor to the throne of raw honesty regarding honest things (like raw feminine energy) forged by Sophie B. Hawkins. The spirit of Alabama Worley on your radio. If you have been desperately searching for any or all of the above sundry items, rejoice! Your week/month/sucktastic2020 might just be made, compliments of a lovely Circean creature called Cailin Russo. Gypsying about in the sunlit decadence of her latest unattached single entitled “High”, just released this past Friday, she will get you just that.

The Valentine’s Day release of her latest EP entitled The Drama earlier this year, which features a rich mix of colorfast songs full of breathing room and buttery leather vocals, revealed her to be a master craftswoman when it comes to depicting love in micro-divisions. As a musical deity, Cailin Russo is a lunar star, seemingly forged far away in brilliant explosions she herself set alight, but now willfully orbiting near enough to Earth for our telescopic admiration. And yes, you’re going to need some stolen SETI equipment to even halfway appreciate her correctly.

Russo conjures Patricia Arquette in True Romance in more ways than the sultry or the sweet. You get the sense from lyrics like, “It’s too good to be true / So I better f*$% it up before you do,” and, “I’ll be here when you’re ready to fight / Just let me know,” that she’d raise both middle fingers at any bathroom beatdown James Gandolfini and/or the universe aimed to give her, smiling through a bloody nose. Be advised, she has long ago taken the cut of your jib, gentlemen, and your tired excuses will cut no ice with her. 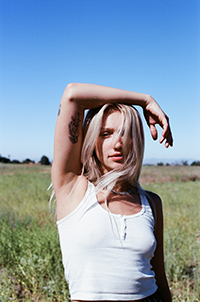 From the start, with 2018’s House with a Pool, Cailin Russo made it clear she had no plans to count her daily returns and move on. She is, clearly, a capital “r” Romantic, that rarest of throwbacks to an aesthetic wherein feelings are not something one catches but rather inhabits. Russo has an intense eye for dissipation, ruined beauty, and prying unique meaning from the tableaux vivants of youthful inner worlds. Didn’t Lord Byron make a whole lifestyle out of “Good Bad Decisions?” Cailin Russo has written the movie of his life a veritable bolide of a soundtrack. Yet, this is Romance rozzled to exquisite murder-mystery pie, not rom-com sodality with flowery contessas awaiting vaunted phantoms in the rain. There is no lassitude in Russo’s brand of lovelorn, but for a woman who cites both Bill Withers and Lauryn Hill as formative influences, this should come as no great shock.

Russo herself has referred to The Drama as a “sad triumph.” It almost seems necessary to reverse that verbiage in order to do her romantic storytelling more deserved justice – The Drama is the most triumphant sorrow. Which is to say, it unflinchingly portrays love in its coat of many flea-bitten colors the way it really goes down – all candlesticks and revolvers, and nearly always tinged with pigments of damasked doom. Most young women who write about the subject of love, in any context, write one-dimensionally about its colors or play unorthodox peekaboo with sacrificial images of its death. Russo carves her own route, writing about its seams. Pulling at the threads of the rigging. What is also fabulously exceptional about Russo’s writing is that there is no perseveration. She can write ten songs about heartbreak and not one of them sounds like the other – a singular gift indeed. 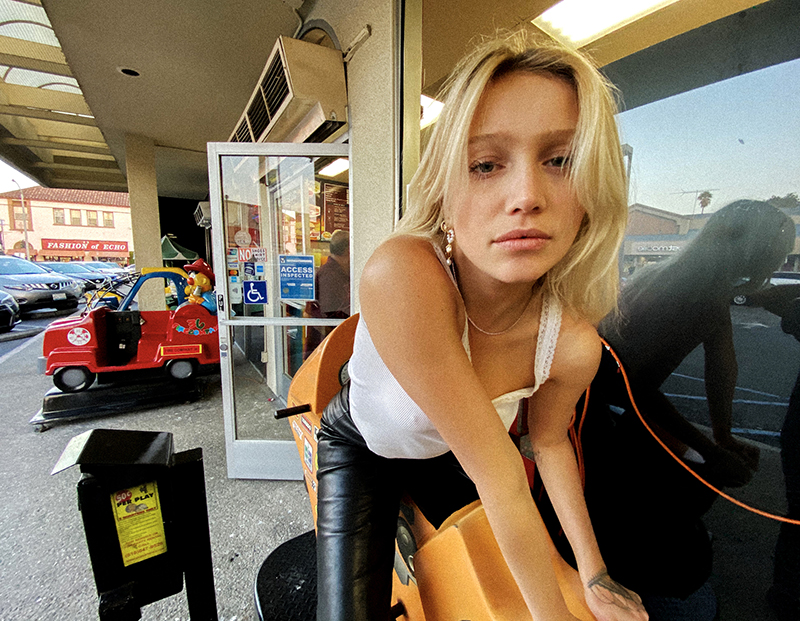 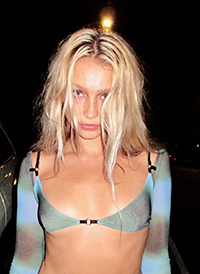 “High” most aptly displays Russo’s remarkable sort of gymnast’s air awareness when it comes to emotional tumbling. Even where she’s oppositional to gravity, she knows where she is in the sky and can turn herself accordingly. For that reason and many others, The Drama is a record with a girl’s pulse from stem to stern. It is her own little incantation bowl, on which the lyrical prayers she has inscribed in a sacred tongue all her own harmoniously resonate with everyone else. Russo quietly emanates the street slay of Halsey, the unaffected California cool of Michelle Phillips, and the musicality of Christine McVie – and perhaps more than a bit of McVie’s twinkling, not-a-nun eye too. She is singing futures and pasts she didn’t read in palms or tea leaves, but rather in lipstick prints on collars and cigarettes. The wire-haired fortune teller here is Russo’s own self-redounded instinct, and she has made a record that feels simultaneously like Coco Chanel and neo-Marilyn Monroe.

This damsel dynamo is the interregnum we deeply needed between Alanis Morissette and Karen O. As if by osmotic magic, I had made that bold observation before learning that Nick Zinner of Yeah Yeah Yeahs lends his guitar artistry to The Drama. Call it serendipity! Or, more likely, the kind of synchronicity first and most famously sanctified by The Police. Constructed on minimalist verve yet classically tailored like a Savile Row suit, bangers like “You Touch Me, I Touch You Back” feel roomy and immediate like Calvin Harris, and debrided ballads such as “Fade” are funeral shrouds that come with chain wallets. Any song on this radiant EP is perfect for a sunshine shindig or a nocturnal bacchanalia as Russo’s kind of light bends freely with your mood. You will be left with only one thing to say: Miss Russo, “you’re so cool.” 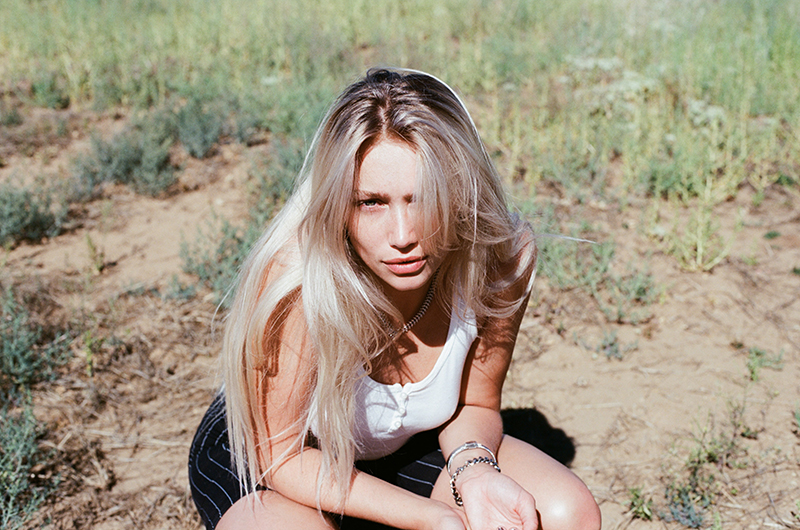