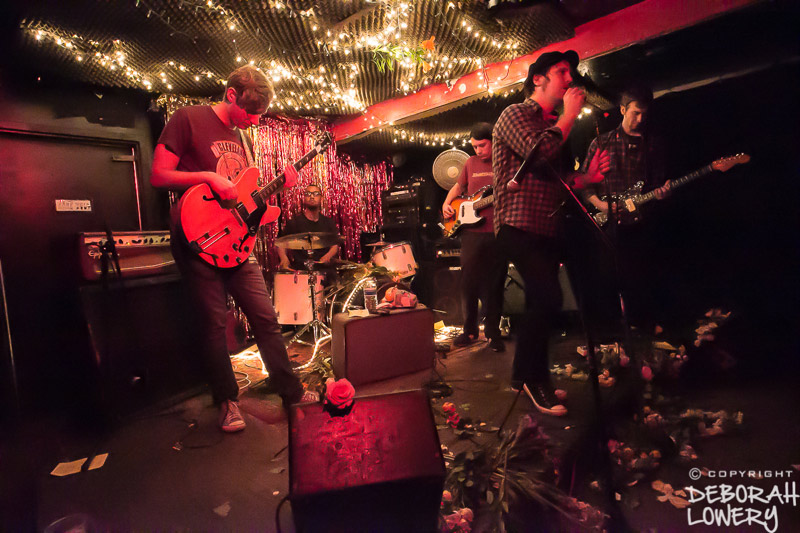 Cake Shop is located on 152 Ludlow Street, Manhattan, between Stanton and Rivington Streets.  It lays on the same block as venues Piano’s, around the corner from Arlene’s Grocery, and within the circle of venues in the Bowery (roughly between Houston, A, Delancey Street, and Bowery), which includes those four, Mercury Lounge, Bowery Ballroom, Rockwood Music Hall and others.

The ground floor of Cake Shop is café (which, yes, also sells cakes); the actual venue is downstairs, though occasionally bands play at the back of the upstairs (such as during CMJ).  Downstairs is one long, thin area, from where the stairs let out to the stage.  There’s a wooden bench along the house right side; along the house-left is first the bathrooms, then the bar.  The stage itself is only slightly elevated above the audience floor; the floor swings to the house-left of the stage, between it and the bar, then up along the side (there is a large pillar at the house-left front of the stage, blocking some of the view from the end of the bar).  Being in a basement, the roof is quite low; strings of lights are laid across the red ceiling above the stage, creating kind of a ‘Mexican Christmas’ atmosphere.

The Cake Shop is one of a group of low-end venues in the Bowery – small, lesser facilities, low price, cheap drinks, etc.  Generally, the acts occupy the lower end of the touring spectrum, but that can include up-and-coming new groups, side projects, and solo performances (the small, low stage is particularly well-suited to one-person shows), as well as Brooklyn locals crossing the East River.  Many acts on the schedule are relatively unknown, but there’s still a handful in any given month that are at least know of, and if there’s someone worth checking out, the low price of admission & drinks encourages one to do so (bigger draws and weekend nights can result in a tight fit at the front of the stage, however).  Also, there are usually three or four acts on any night.  Not a regular hotspot, but an intimate, low-price place to see someone you’ve wanted to. 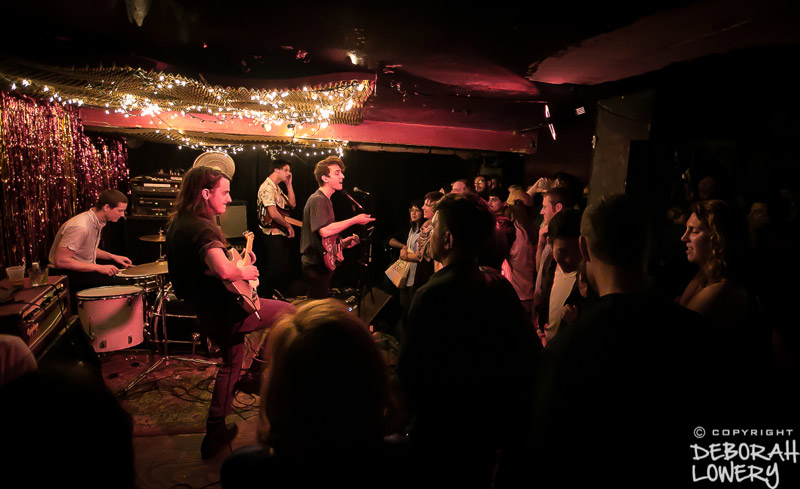