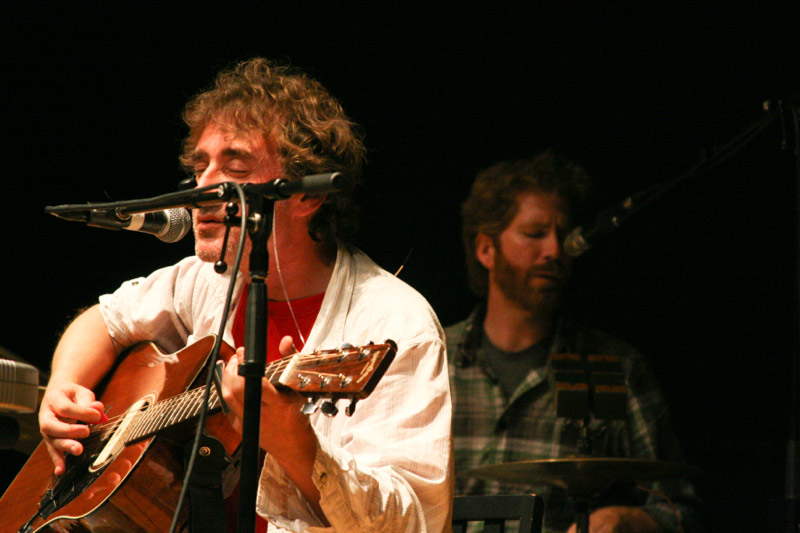 Click here for photos of Califone at 2013 Le Guess Who? Festival in Utrecht, Netherlands in the QRO Concert Photo Gallery

Click here for photos of Califone at Arlene Schnitzer Hall in Portland, OR on February 9th, 2010 in the QRO Concert Photo Gallery

“Last time we played in this area, we were in someone’s house” explained Califone frontman Tim Rutilli, referring to the May 10th Boston stop on this year’s ‘Living Room’ tour.

“That tour had a lot of temptations, like taking a crap under the couch cushions.”  After a chuckle from the audience, Guitarist Wil Hendricks retorted: “Temptations to some, reality to others…”

The audience ranged from grey-haired seventy-year-olds, who could have accidentally wandered into the MFA auditorium while wandering through the halls of art and history, to longhaired teens from the Boston Metro ‘burbs.  While the vibe of the show remained intimate and connected through the performance, Califone’s music took quite a journey through the musical spectrum.

Califone’s newest record, Stitches, which was released in September 2013, gained critical acclaim throughout the music world.  In Boston, Califone tested the waters cautiously, only showcasing four of his new tracks within their ten-song set.  A thoughtful nod to a smaller than usual audience, Califone has focused more on quality than quantity while they present their newest work.

As the band took the stage, one could hear a pin drop in the MFA auditorium.  The acoustics of the room were astonishing, and were quickly noticed by the band.

“Gotta love places with uncomfortable silences.  It’s the only time you can hear things like this,” Rutilli scratched his microphone and smacked his guitar against his stand.

These “stage noises”, as he called them, became the inside joke of the show.  For the remainder of the set Rutilli added them to the ambient modulator swirls that segued one song to the next, consistently eliciting laughter from the crowd.

The band started the show with songs like “Orchids” and “Michigan Girls”, which showcased the Chicago alt-country roots of the band.   The first song from Stitches came mid-set, with a very fitting “Movie Music Kills a Kiss”.

“Moses”, off of Stitches, was certainly the favorite new track of the night.  After a few gleeful yelps from audience members when introducing the song, Rutilli joked, “Looks like we’ve got a bunch of “Moses” fans in the crowd tonight, huh?  It’s funny; Charlton Heston ruined Moses for a lot of people, you know, with his crazy NRA shit…  He didn’t ruin Planet of the Apes for me; nothing could ruin Planet of the Apes for me.”

“Moses” kicked off the change from Califone’s acoustic-driven alt-folk, to the chaotic psychedelia that embodied the rest of the set.   The folksy biblical references of “Moses” quickly transformed into a clav-filled jam reminiscent of something out of Zeppelin’s House of the Holy.

“Electric Fence” emerged from the swirling Yankee Hotel Foxtrot-esque soundscape through a beautiful segue.  For the rest of the show, one song’s lyrics dipped into the progression of another, creating what sounded like a dreamy Califone mash-up.

“Bells Break Arms” brought the band’s two drummers into the spotlight.  In fact, the whole band sound moved to a dissonant layering of percussion.  Hendricks ditched his slide guitar for deep synth chords and Rutilli jumped on distorted keys for nearly the rest of the set.

After a set-closing rendition of “Stitches”, the band returned to the stage for “Don’t Let Me Die Nervous”, capping the night in the same style it began, with a fingerpicking alt country standard.

Throughout the night, Califone effortlessly guided the Boston audience through their many musical personalities.  They also showed that a bank as talented and experienced as Califone could still have fun in nontraditional concert venue.  If you’re looking for seasoned musical depth, hilarious banter, and a pretentious hipster free audience, do yourself a favor and check out Califone as soon as possible. 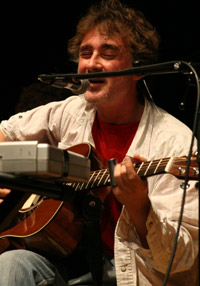 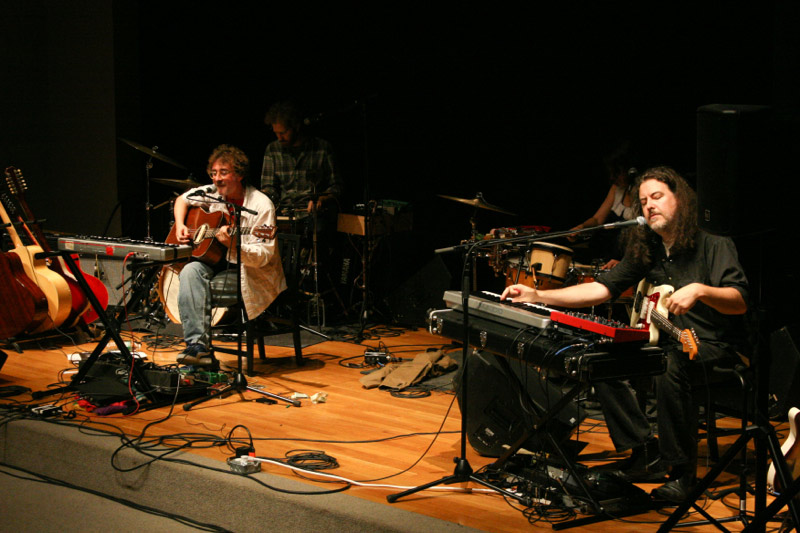