“California Roots isn’t just a music festival; it’s a movement. It’s a way of life. It delivers a cosmic blend of good vibes, true happiness, family, peace, love and joy to all who enter. When Jimi Hendrix torched his guitar at the Monterey Pop Festival in the late ‘60s, he changed the way an entire generation looked not only at music festivals, but life itself.

It is out of this same pure energy–the energy of natural and peaceful rebellion–that California Roots was born. We discovered the ecstasy that culminates from listening to awesome music, smiling at your neighbors and dancing with strangers; California Roots is about living life to the fullest.” 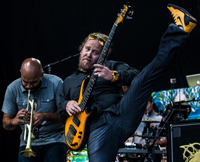 California Roots welcomes The Roots, a.k.a. ‘best band in late night’! Black Thought & ?uestlove’s outfit (QRO photos at a festival) has met with critical and popular acclaim for years now, fusing hip-hop and jazz into an original & enjoyable package, along with collaborating with just about anyone you can name. Five years ago, the group (QRO photos outdoors) signed on as the house band for the new Late Night with Jimmy Fallon (QRO Music on Late Night TV), and now serves on the new Tonight Show (and are partly responsible for it moving to the Big Apple), and while this limited their touring (QRO photos at a festival in New York), not so their records, like 2011’s Undun (QRO review) and last year’s …And Then You Shot Your Cousin. And the Philly natives, when not slow-jamming the news with President Obama, find the time to come to their West Coast namesake fest (QRO photos outdoors).

Coming out of the melting pot of mid-nineties SoCal, thanks to being discovered by Sublime’s late frontman Bradley Nowell (while the band was still in high school), Slightly Stoopid (QRO photos outdoors) have lived out Nowell’s sunbaked combination of punk, reggae, rock, and hip-hop.  Their loyal fan base has let them stay outside the major label system, while still filling venues worldwide (QRO live review), and being very active on the festival circuit. 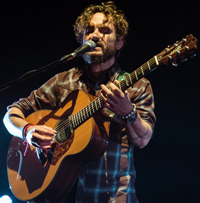 California-born, Australian-bred roots man John Butler got his start busking in the streets down under. Now, over a decade-and-a-half later, he’s the face of the chart topping, multi-platinum selling Trio that took his name (QRO live review), and comes to California Roots (QRO photos).

The Bay Area’s own multi-ethnic Michael Franti is a mixture, as he fuses hip-hop & jam-band with Spearhead (QRO photos at a festival).  Also noted for his peace and social activism (including going barefoot since 2000), it won’t fly over the heads of his home state crowd. 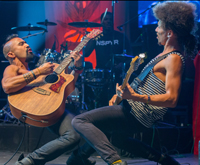 Nahko and Medicine for the People

“They embrace Bob Marley’s idea of world-­‐ bridging, bringing people together to resolve differences. For us, music is a tool to create healing and activate people to change things.” Nahko and Medicine for the People expands this sensibility onstage. The band has toured with SOJA, and internationally with Xavier Rudd, and performed at festivals across the globe (QRO photos at a festival). Dark As Night debuted at No. 4 on the Billboard Top Alternative New Artist chart and No. 6 on the Billboard Heatseekers chart.

Nahko and Medicine for the People – I Mua (Official Video) 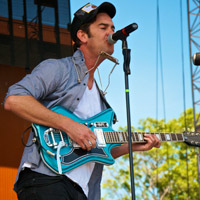 Since coming out of Philadelphia in the nineties, G. Love (real name: Garrett Dutton) & Special Sauce have become festival mainstays (QRO photos at a festival), thanks to their ‘Sloppy’ hip-hop/blues, which fits well with the laid-back festival crowd.  They’ve also nicely balanced mainstream appeal, most recently with last year’s Sugar and 2011’s solo Fixin’ To Die (QRO review), not to mention appearing in a Coca-Cola commercial, with their own version of “I’d Like To Teach the World To Sing” in 2005, and their own style.

Having sold eighteen million albums worldwide, Cypress Hill (QRO photos at a festival) may seem like an unusual programming pick for the California Roots organizers.  To the contrary, the band’s unorthodox style and good-natured air of ‘reclaiming the glory days’ fits perfectly alongside fan favorites past and present. They were the first Latino outfit to achieve platinum success in hip-hop – all they have left to cross off the list is to shake off the dust and deliver at California Roots (QRO photos at a festival).

‪Collie Buddz is an American/Bermudian reggae artist best known for his single “Come Around”. Although born in New Orleans, Louisiana, he was raised in Bermuda, and has toured the world. He’s even managed to launch a new radio station back home in Bermuda (Vibe 103) and become a father.

‪Collie Buddz – Light It Up 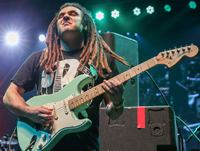