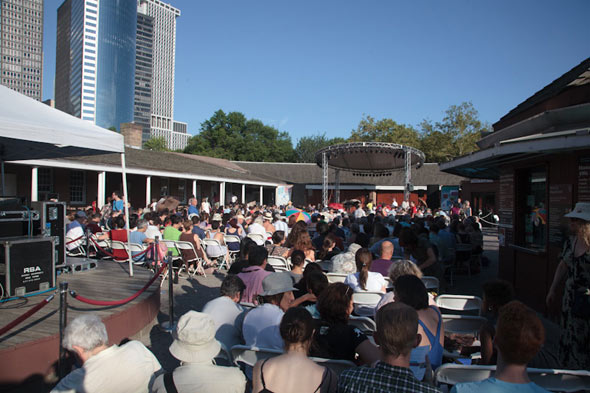 Castle Clinton is located on at the southern tip of Manhattan, on the western end of Battery Park, at the end of Battery Place.  It is one of the venues that’s been used by River-to-River Festival during the summer, along with nearby Battery Park, as well as World Financial Center, Rockefeller Park, and others.

Even amongst the many places River-to-River Festival holds free concerts, Castle Clinton is an unusual venue.  While not indoor, the area is surrounded by walls on all four sides (though the towers of Wall Street do loom over), and staffed by park rangers.  Also, while still free, it’s a first-come, first-served seated venue (with some standing room at the back and along the house-left side).  The stage is only a step off the ground, but covered, giving it almost the feel of classical music in the park, or watching a band in a gazebo.  The entrance to the stage floor is on the house-left, with a recently-introduced bar to the house-right.

The acts that play Castle Clinton, like the venue, tend towards the more high art, but there’s also a strong country-roots vein.  In 2009, all of the acts were part of the 40th anniversary tribute to Woodstock.  There’s also no opener, and the shows start pretty much directly on time, which means the whole thing is over after an hour, hour-and-a-half.  Things are a little more sedate than perhaps one would like, but it’s a unique oasis in the hustle and bustle of New York City. 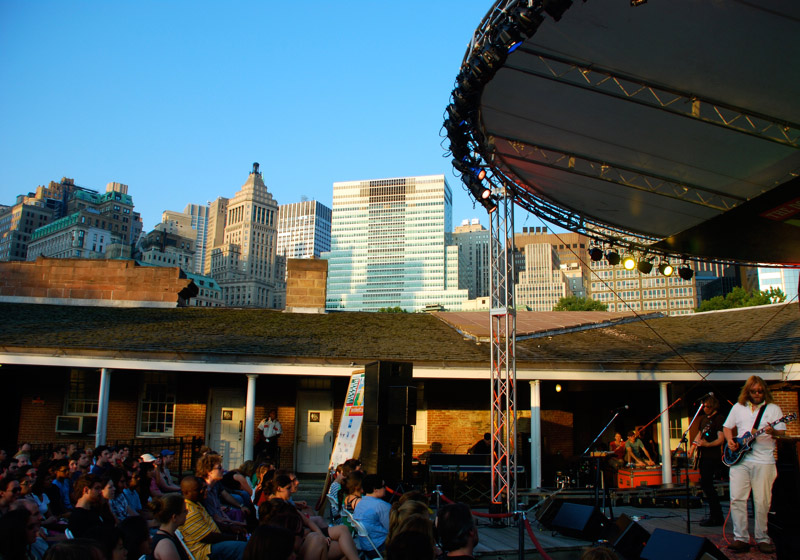