Charles Spearin & Josefin Runsteen – Thank God, The Plague Is Over 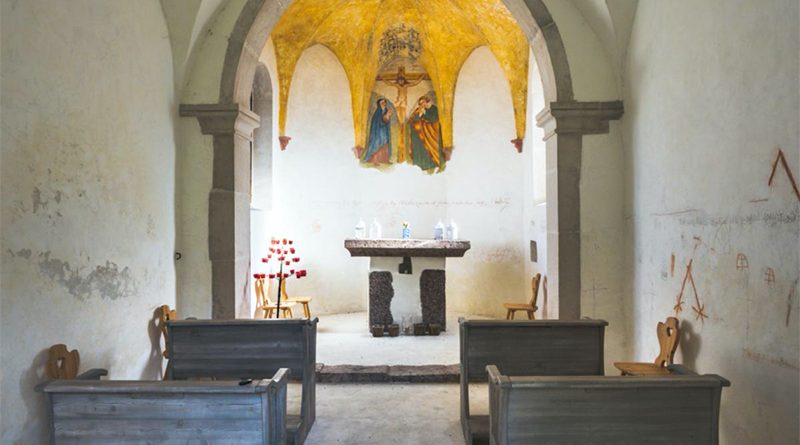 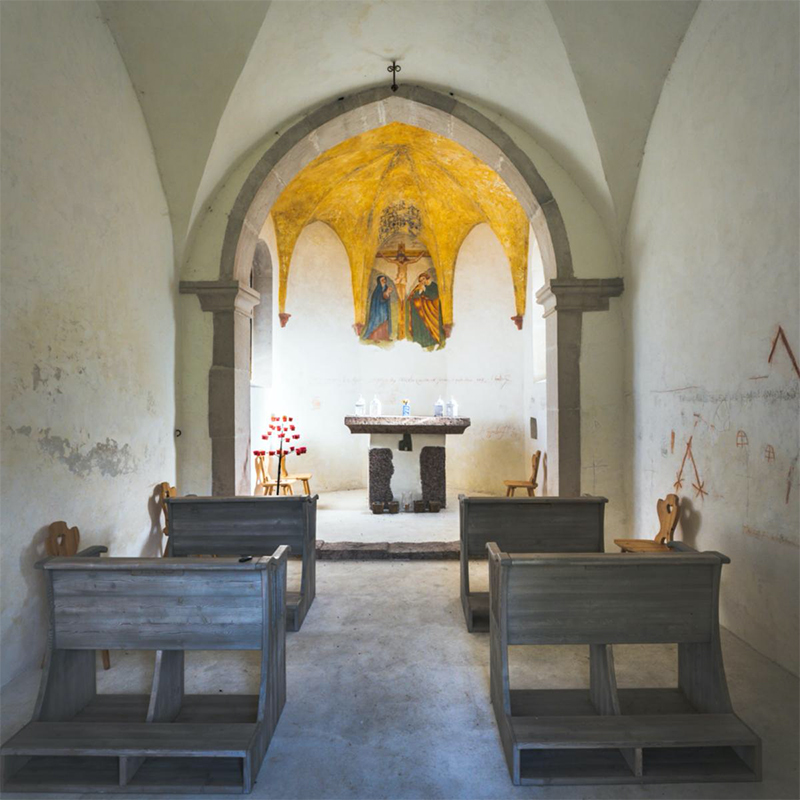 A thousand years ago, Castel Campo and its chapel was built in what is now northern Italy, with a thriving town around it.  Centuries ago, waves of The Black Plague swept through the town, devastating it with a 90% fatality rate.  Decades ago, Castel Campo was owned by none other than the real-life Von Trapp family, who were made famous in The Sound of Music.  Last year, Damien Rice brought together a collection of musicians for an artist retreat at the castle, including Canadian Charles Spearin (of Broken Social Scene & Do Make Say Think) and Swedish Josefin Runsteen.  In the chapel down the road from the castle, where medieval souls once begged God to spare them from the bubonic plague, Spearin & Runsteen improvised off of each other and the holy space for a string of mornings.  Recordings of those sessions have been put together into Thank God, The Plague Is Over.

While both Spearin & Runsteen are skilled multi-instrumentalists, each stuck to one instrument.  For the classical Runsteen, it was her violin.  For Spearin, he got to bust out his nyckelharpa, a classical Swedish instrument (“kind of a violin with buttons”) that he loved, but never got to truly explore.  And despite being at a retreat with many musicians, they almost entirely just stayed with only the two of them playing.

This all makes Thank God a unique & special piece, but also more of one long classical performance than your standard collection of tracks.  From the energetic, even frantic opener “The Hills Are Alive!!!!!” – they pretty much had to name a song after Sound of Music, but the Alpine hills in the area are quite moving – to the intricate closer “Time is a Measurement of Desire”, Thank God swings in mood, but not power.  “Crying Loud Emoji” – they weren’t able to name it the actual emoji – conveys some the emotion of the chapel.  “blæðandi tungl” is the only piece to have a guest contributor, cellist Gyða Valtýsdóttir (it’s also the only piece recorded at night), making for a much darker feel.  “Viva La Castel Campo” has more of that building, frantic energy, while the following “Trust All” is subdued, quiet beauty.

On the walls of the millennium-old chapel at Castel Campo, there are beautiful frescoes made for the ages, but over them is graffiti from unknown writers, begging for God to save them from The Black Plague.  It all ends with a giant, dog-eared red “X” that roughly translates to, “Thank God, The Plague Is Over.”  Spearin & Runsteen made it their album’s title before our current massive epidemic, but kept it in 2020 despite the pandemic being far from gone.  For this unique record is about going through the dark to get to the dawn.