<img src="http://www.qromag.com/wp-content/uploads/2010/10/chikitaviolentaoct5.jpg" alt=" " />Making their first tour of the United States, there has been a buzz forming around Chikita Violenta. ... 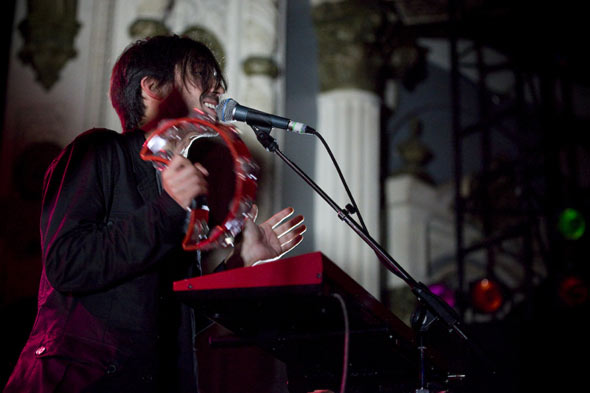 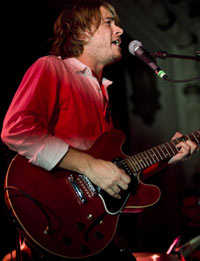 Making their first tour of the United States, there has been a buzz forming around Chikita Violenta.  Having recently signed with Arts & Crafts, anticipation is high for these natives of Mexico City.  They are currently touring in support of their newest CD, TRE3S, which should be available stateside in early 2011.  Employing two or three vocalists at times, their sound often develops from something warm and subtle into near all out arena rock.  This uncanny ability to conjure up walls of noise while still seeming unflappable is reminiscent of, among other things, label mates Broken Social Scene (QRO spotlight on).  Their ethereal style is relaxed without ever collapsing into drawn out aimless shoegaze.   At the same time, they know when a heavy dose of electric guitar is needed to counterbalance their laidback ambiance. 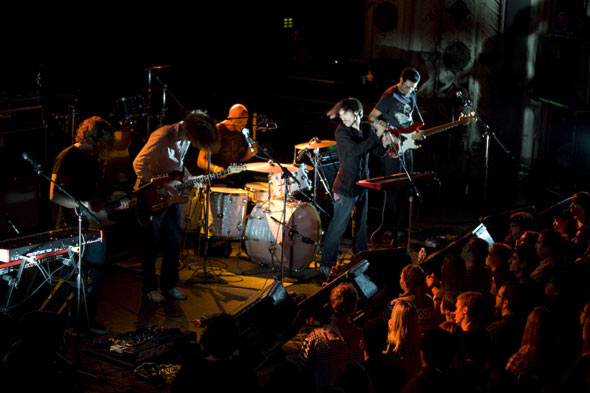 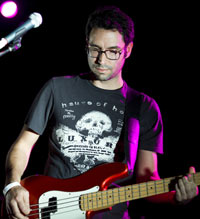 When these young men took to the stage at Chicago’s Metro on Tuesday, October 5th, it was transparent they were thrilled to see a near packed house before them.    Beaming with a quiet boyish charm, the energy level was high as they entered into their set.  Drawing from both TRE3S and the earlier Stars and Suns Sessions, it was clear they needed no elaborate bells and whistles for their stage show.   Even when faced with the typical Chicago crowd, a little too drooped in irony for its own good, 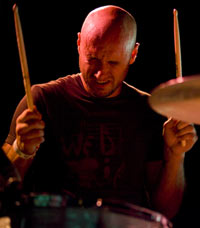 their exuberance showed through, and even the most cynical of hearts could not help but be impressed by just how much these charismatic men wanted to put on a damn good show.  What was most distinct about their live show was the intensity of their drummer.  One would not be surprised if he were purloined from some death metal group.  He was not afraid to augment their brief musical interludes with fills that were awe-worthy, most notably in the final moments of crowd favorite song "War".  In general, they put on a high-octane show that demonstrates the great potential this young band has.  Chikita Violenta is certainly a band worth keeping your eye on in this upcoming year. 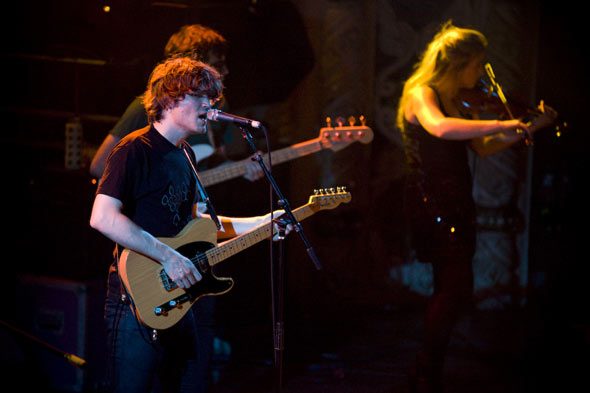 Finishing off the night was a spectacular performance by Ra Ra Riot.  Assumedly, little needs to be said about these veterans of the scene, but it is worth highlighting some of the most important details.  Their 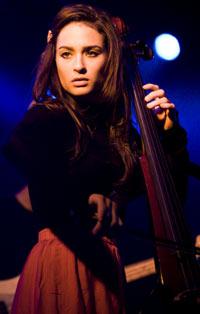 latest CD The Orchard (QRO review) was released in August, and was produced almost entirely by Chris Walla (QRO solo album review) of Death Cab for Cutie (QRO album review) fame.  Know for how animated their lives shows are, Ra Ra Riot did not disappoint.  The most show stopping moment was Alexandra Lawn’s (QRO interview) breathtaking performance of "You and I Know".  Normally confined to her adroit cello playing, it really is a shame Ra Ra Riot does not utilize her vocal abilities more.  Hopefully in the future we will see her drop her bow and venture to the front of the stage more often.  Other than this minor complaint, Ra Ra Riot was in their best form, and seem to never tire of providing an energetic, engaging show.  Both bands displayed an unparalleled degree of musical sincerity that makes them hard not to love.  Don’t let either pass you by if they head into your area. 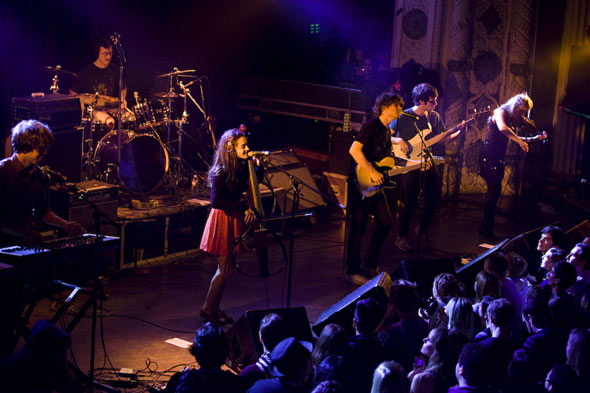