Chris Spedding may be the last of the great ‘70s British rock musicians.... 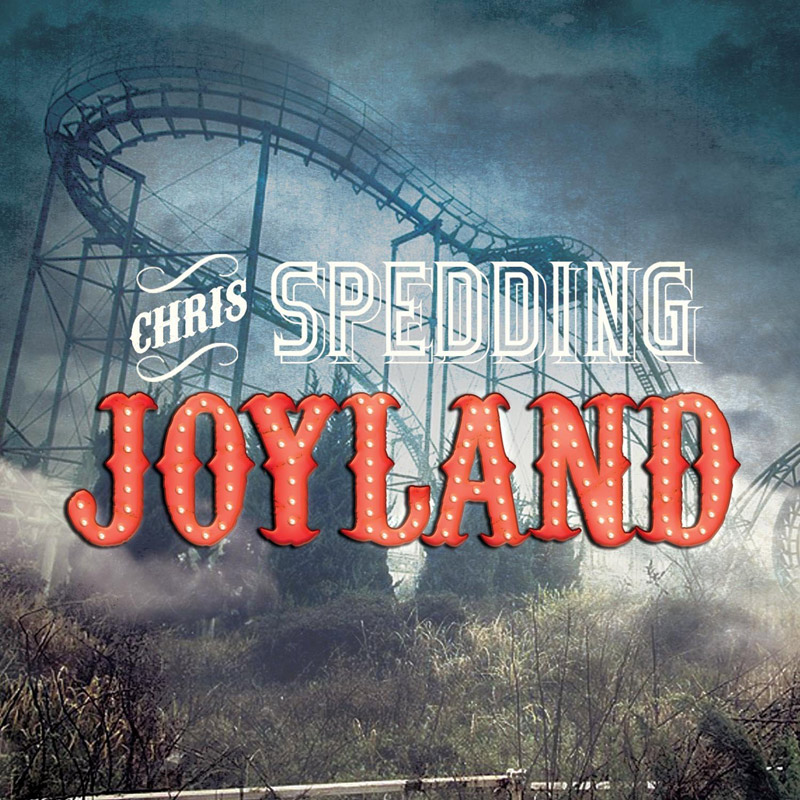 Chris Spedding may be the last of the great ‘70s British rock musicians. The Rolling Stones, Led Zeppelin, and The Who may be having reunion tours, but Chris Spedding has not stopped recording since he began in 1970. Chris Spedding, known for his technically masterful lead guitar more than perhaps his sensitive lyrics, can rock out with the best, adapting and shredding.

Almost every Joyland track features a special guest musician. The guests are great; they are mostly well known, with quite a range of styles as well really. In Joyland, Spedding goes all over the place. Positive that things in his life are good and rock matters in all the songs, that he will get his girl in “The Pied Piper”, then sad romance rock in “I’m Your Sin” and “Message for Stella”, and then an attack on modern nonsense in “Joyland”, “Shock Treatment” as well as “Boom Shakka Boom”.

The opening track, “Joyland”, is strange noir style poetry, voiced by actor Ian McShane over guitar. In “Now You See It”, notorious eccentric Arthur Brown screeches like bad A.C./D.C. “Gun Shaft City” is hokey ‘western’ movie guitar as the name implies, but Bryan Ferry is a good addition on vocals. “Cafe Racer” has Glen Matlock, and it rocks a shambling guitar line with a lot of energy.

“Heisenberg” has Johnny Marr and no vocals; it is melancholy and could remind you of a sad disaster, fittingly for Marr. “I Still Love You” has Spedding’s good friend, and former bandmate, Robert Gordon. Gordon wails away in a moving song, which is almost good enough to make it seem as if his pipes haven’t faded at all, almost.

“I’m Your Sin” is a strange deviation to sappy melodramatic filled folk pop. It’s good in some ways, and very emotional. Someone named Lane sings the folky female vocals fairly well. “Down and down and down / You pull me,” Spedding counter offers her. “The Pied Piper” with Andy Kiper, has really good oboe and saxophone, and brings the album’s mood up. “Hey, come on babe / Follow me, I’m the pied Piper”, Spedding croons. “Go Down South”, featuring Steve Parsons, is typical for him and may be the loudest, most rock out track on here. “Sometimes I get the notion / This world is just an ocean we sail upon,” Spedding sings.

In “Shock Treatment”, Chris Spedding is saying, as he should, wake up people! It brings Spedding’s already enamored level of classic rock tribute to a new high. The bass line is so saturated with ‘50s syrup it is sickening, but still raw and free flowing, with outstanding lyrics and a beat that bring it together. This one goes with recently deceased famed bassist Andy Fraser accompanying, and this is where Spedding does his magic, “Tell me what’s so unique ‘bout what they’re teaching the kids now,” he scoffs. “Should you consent to surgery? / You’re asking me?”, he derisively continues. The album winds down with “Message For Stella”, with Steve Parsons, which is great, though depressing romance rock, and it talks of maturity, just in a visceral scream, “I got a message for Stella / Tell her I’ve changed my ways / Come back to me Stella / Wherever the hell you are”.

The last song, “Boom Shakka Boom” is just weird though, and frankly too silly. Spedding gives an interesting thought when he says, “There’s a hole in the world where the love gets in,” but that is as far as the song goes to making the listener feel involved, as the bass line stays the same the whole song, and hearing him say “Boom shakka boom” over and over is awkward. Then he goes on to sing, “There’s a boy on the corner with a gun in his hand / He’ll print it out in 3-D, and shoot you dead,” which is just silly. Still, it is not bad enough to ruin the album, just a little boring.

Chris Spedding leaves Joyland with no regrets. Whether or not he gets the respect he so richly deserves, he is always going to rock like the world is watching, and like in “Go Down South”, dance on “an ocean we sail upon,” and hope his girl dances with him.