<img src="http://www.qromag.com/wp-content/uploads/2011/02/chromeofeb12.jpg" alt="Chromeo : Live" />Chromeo played before a sold out crowd in Portland, bringing the dance party down from their native Montreal. ... 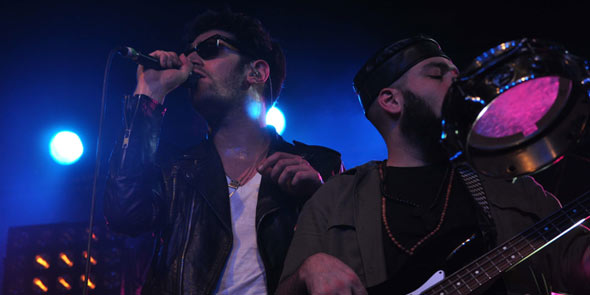 Â Click here for photos of Chromeo at 2011 HARD Fest in Los Angeles, CA in the QRO Concert Photo Gallery

Â Click here for photos of Chromeo at 2011 Sasquatch! Music Festival in George, WA in the QRO Concert Photo Gallery

Â Click here for photos of Chromeo at Williamsburg Waterfront in Brooklyn, NY on August 22nd, 2010 in the QRO Concert Photo Gallery

Â Click here for photos of Chromeo at 2009 Rothbury Festival in Rothbury, MI in the QRO Concert Photo Gallery

Chromeo played before a sold out crowd in Portland, OR on Saturday, February 12th, 2011 at the Roseland Theater, bringing the dance party down from their native Montreal.Â  The two-piece electronic band opened the night playing a sample of their chant “Chro-me-o, oh oh”, which led to full audience participation.Â  This led directly into “Don’t Turn the Lights On” from their 2010 album, Business Casual.Â  With a back panel of white flashing lights, chrome (what else) mirror ball, and a shout of, “It’s show time,” lead vocalist/guitarist Dave 1 (David Macklovitch) launched into “I’m Not Contagious”.Â  Things really started heating up with a bit of call and response between Dave 1, P-Thugg (Patrick Gemayel on keyboards, synthesizers, and talk box) and the sweaty attendees with the introduction of “Tenderoni”.Â  This remained a dance party until the end.

The lead track off of Business Casual (and current single), “Hot Mess” was a highlight of the newer songs.Â  Complete with sampled female vocal saying, “You’re a hot mess,” and a bit of extended guitar soloing/posturing got the venue even steamier.Â  The band knocked out the intro to Dire Straight’s “Money For Nothing” but instead of chants of, “I want my MTV,” it was, “I want my Chromeo,” leading into fan favorite “Bonafied Lovin'”.Â  P-Thugg made extensive use of the talk box, exhorting the crowd multiple times to, “Make some noise” and “Scream,” which they did so gladly.Â

The biggest cheers of the night came for “Momma’s Boy”, particularly from the females in the crowd.Â  The band even stopped the song for nearly thirty seconds as the audience’s yelling was nearly deafening.Â  With lines like, “And boy you got it so wrong / When you look into her eyes and all you really see is your mom,” it was understandable.Â  Perhaps some men caught a little stare from their dates tonight.Â  The band stepped off for a well-deserved break while some couples probably discussed the similarities of their relationship in the last song.

The band came back out with “100%”, then played one of their of their harder hitting tracks, “Fancy Footwork”, before exiting again for another well deserved break.Â  For the second encore, the band played the intro to “J’ai Claque La Porte” before giving the men in the audience a chance to look at their dates and sing “Needy Girl”.Â  Well played, Chromeo.Â  They finished off the night with another call and response in “Grow Up”.Â  Without it sounding like a slight in anyway, Chromeo can, at times be a bit reminiscent of Ray Parker Jr. circa “Ghostbusters”, with some of their funny lyrics and Dave 1 actually sounding like Parker.Â  But in the end, it was the right balance of humor and dance music.Â  And the crowd screamed for every second of it. 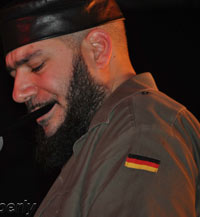 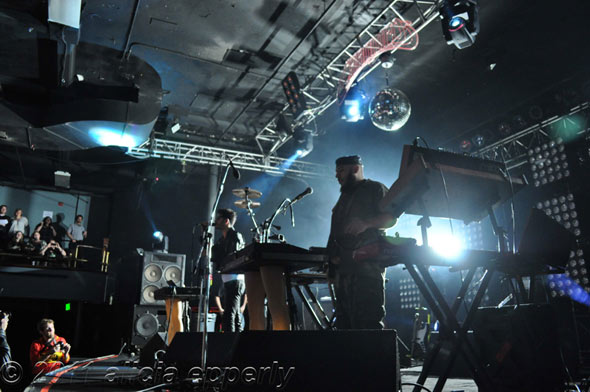