The success of New Yorker/Philly band Clap Your Hands Say Yeah is a modern fairytale of our time. ... 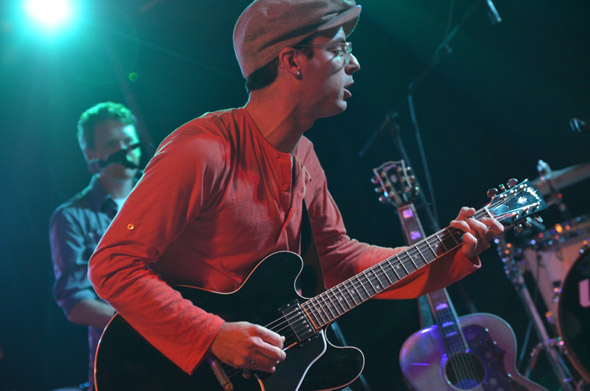 Photos of Clap Your Hands Say Yeah at The Vogue in Indianapolis, IN on September 23rd, 2012

Photos of Clap Your Hands Say Yeah at El Rey Theatre in Los Angeles, CA on May 19th, 2012

The success of New Yorker/Philly band Clap Your Hands Say Yeah is a modern fairytale of our time.  Less than six years ago, this band were pioneering the Internet with the wonders of self-promotion, and look what they’ve become: a household name in the indie rock star platform, and no surprise, really.  With solid, thumping danceable tunes and distinct vocals, something far lost these days as artists seem to fall into the trap of unintentionally molding themselves against the big boys of Bowie, The Smiths, and Joy Division – perhaps the vocals of Clap Your Hands Say Yeah frontman, if anything, are more comparable to the distinct tonation of David Byrne. 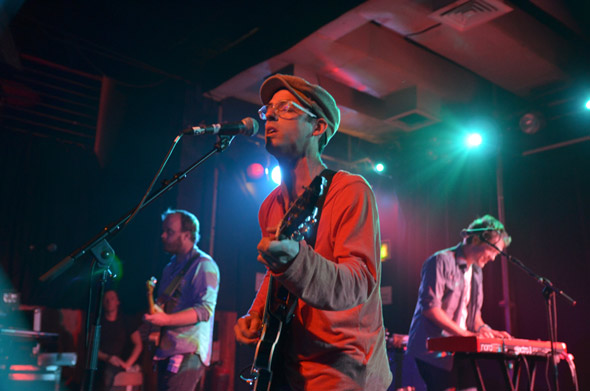 QRO’s review of Clap Your Hands Say Yeah at Blender Theater at Gramercy in New York, NY on September 11th, 2007

Although their latest album Hysterical (QRO review) perhaps hasn’t had the same reception as it’s predecessors, it seems an utter shame the route this band in the eyes of the media reception and shales has taken after such a flying start – the band now plagued with a dwindling interest – but their sold out show at London’s Scala on September 7th proved that their popularity stemming from their 2005 self titled release has had a lasting effect with songs such as “The Skin of My Yellow Country Teeth” and “Upon This Tidal Wave Of Young Blood” – songs which the crowd came for, judging by their reaction.  Songs like this and the band’s solid performance show that despite record sales, there’s a reason why this tight knit band have managed to sell out venues on every visit to Europe in the past number of years, and additionally, the masterful release from frontman and chief songwriter’s Alec Ounsworth (QRO solo photos) in 2009 – entitled Mo Beauty (QRO review) – showcases that the fact that there’s so much more that this group can offer rather than letting this once heralded band fade into obscurity. 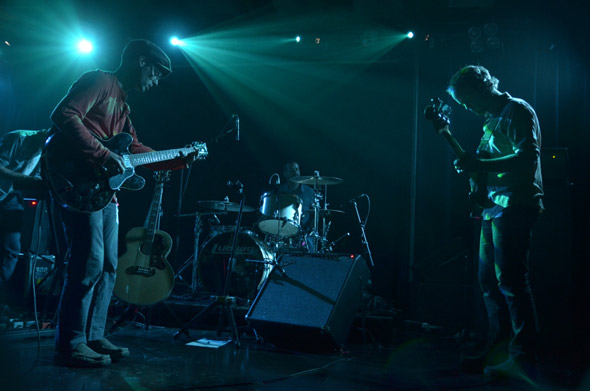 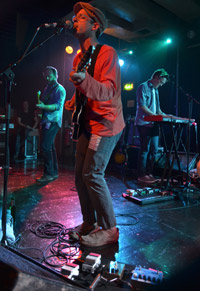 Although their latest releases (‘latest’ compromising anything after their noteworthy debut) seem to have caused some fan backlash – greatly publicized over internet, ironically enough, but what can make you, may not necessarily break you – the crowd at the Scala thoroughly enjoyed the range of material from Some Loud Thunder (QRO review) and Hysterical – with the first single off their latest such “Manic” (QRO mp3 review) encouraging a warm reception from the crowd, and “Satan Said Dance” indeed inducing a mass bodily movement.  Still, the comparably lukewarm reception to material which, well, basically isn’t from their debut, speaks for itself, and whilst the band are consistently tight in their performance and demeanour, it’ll take something really revolutionary to cause the same stir that Clap Your Hands Say Yeah managed to create in the MySpace era.  There’s no doubt that as a band, they’re more than capable, but after two albums which have been lackluster enough to lose fans, it’ll be an interesting future for a band who are losing support by way of the forms of media which made them who they are. 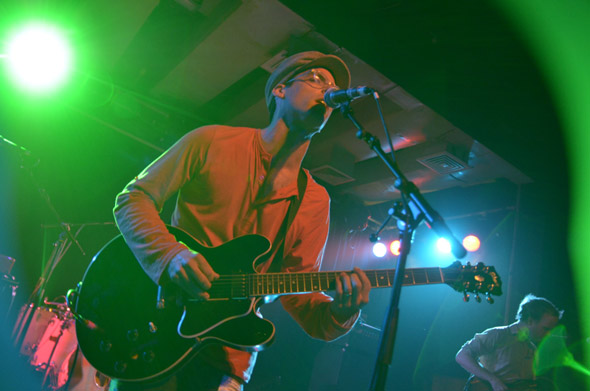