QRO got some words with Clay Frankel of Twin Peaks.... 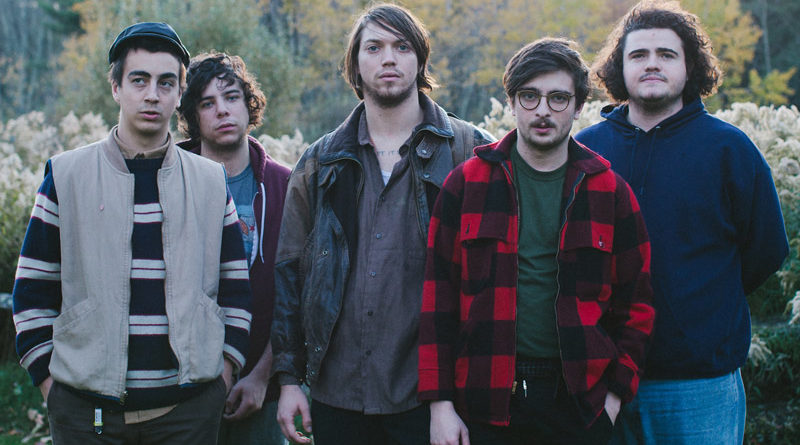 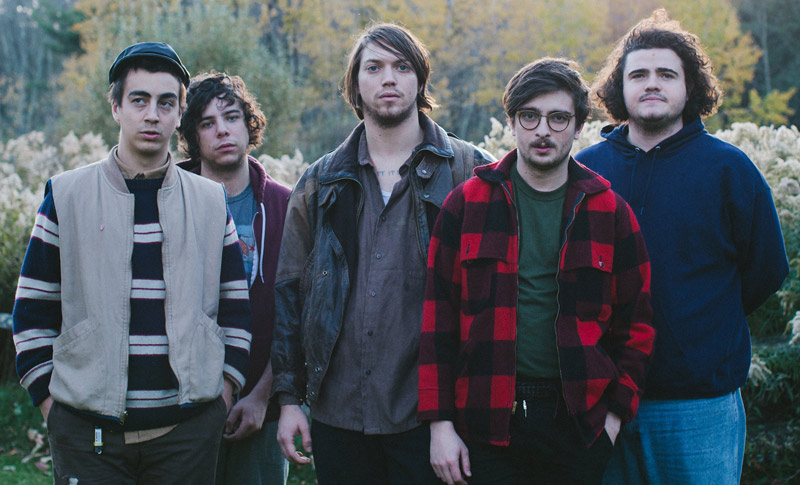 Wednesday night found the Doug Fir Lounge charged with excitement as Twin Peaks brought a taste of Chicago’s DIY scene to life in the iconic basement venue on September 28th. 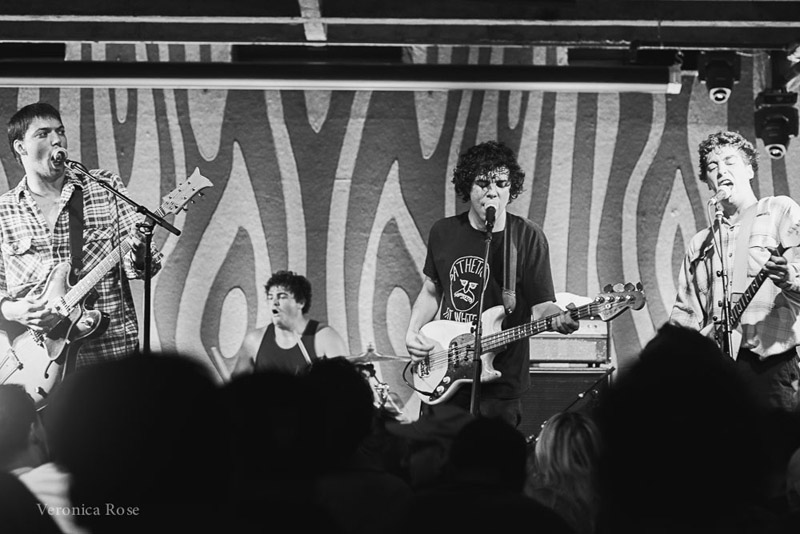 What began with the typical Portland crowd of stiff and stoic concertgoers quickly escalated into jumping, moshing, stage diving, and screaming along with the bands as their sets exploded into rock-star performances. 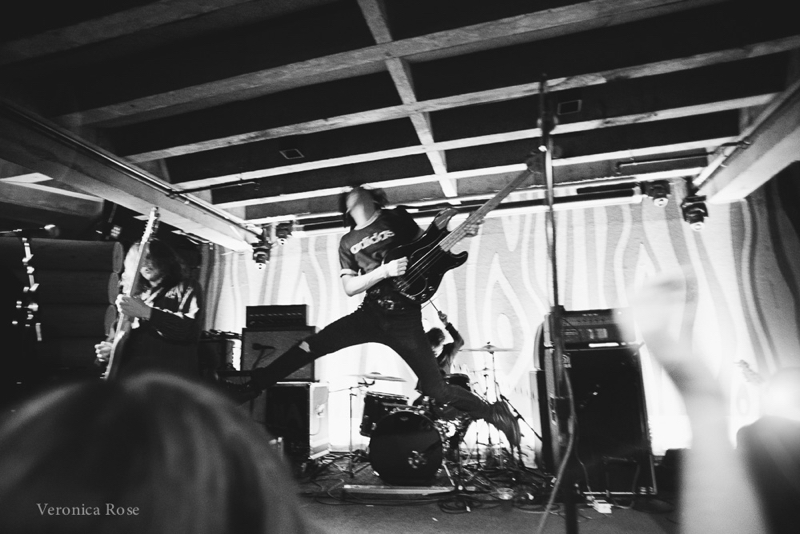 Modern Vices, Twin Peaks’ fellow Chicago band, and White Reaper made for the perfect crescendo of energy leading up to the main event. Twin Peaks did not disappoint, playing a slew of songs off their newest album Down in Heaven, and a few older fan favorites like “Boomers” and “Making Breakfast”. Cadien Lake James, swinging his head in signature fashion, and Clay Frankel writhing around on the ground, lent all of the passion that the crowd needed to go wild. 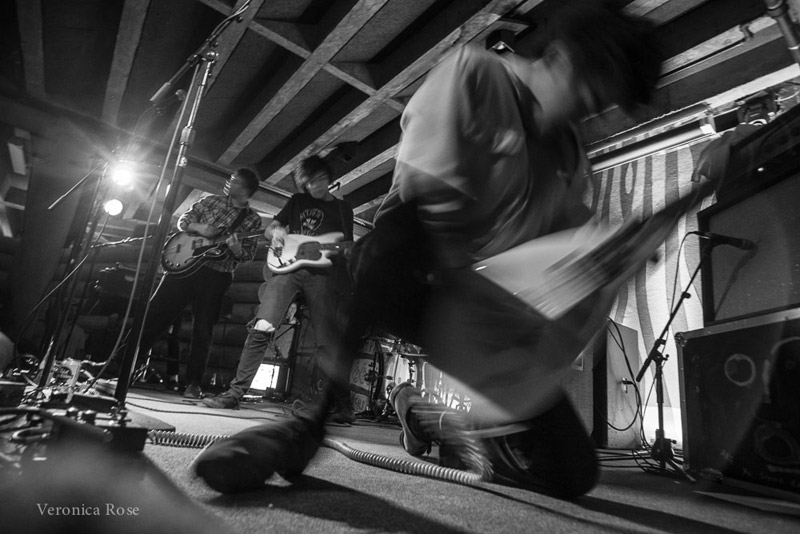 The end of the night found the audience bruised, sweaty, and screaming for more. Seemingly singlehandedly keeping the rock scene alive and relevant, Twin Peaks gives a damn good show! 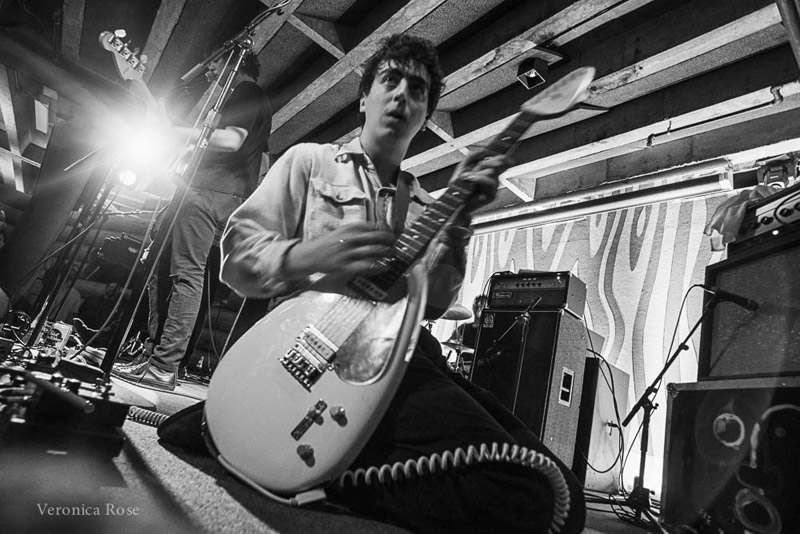 After the show, QRO was lucky enough to sit down with one of Twin Peaks’ guitar and vocalists, Clay Frankel. The interaction was more of a hangout than an interview, but cigarette after cigarette, this is how it went…

QRO: What is it like being on tour all the time? We just saw you here a couple months ago when you were touring with Portugal. The Man and Cage the Elephant at Edgefield.

Clay Frankel: Is that the place with all of the gardens?

QRO: Yeah! We all went out there and decided to trip for your show. It was amazing. I wish I could do that, but I’m stuck in an office job.

CF: Thanks! Touring makes you tired. Sometimes I wish I had an office job and I’m always losing stuff on tour.

CF: Yeah! I used to actually dress cool, but then being on tour you just lose everything, so I’m always stopping into Goodwill to get things.

[gestures to the shirt he’s wearing]

QRO: That’s hilarious. You still look pretty cool though in my opinion. So what is it like when you get home to Chicago from touring? Do you just go hang out with everyone you know and keep raging?

CF: I usually don’t do anything for a week and relax, but then after a week I’m like, okay, it’s time to go out again. I actually just got my first apartment.

QRO: Are you living with any of the guys from the band?

CF: No. I wouldn’t live with them. I sleep with those guys on tour way more than I ever have with any girls. It’s like somebody farts and you already know whose it is!

I used to actually dress cool, but then being on tour you just lose everything, so I’m always stopping into Goodwill to get things.

QRO: [laughs] Ew, that’s hilarious. So, I’ve always wanted to ask this question, but have never had the opportunity. Do you listen to your own music?

CF: Yeah. I listen to it for about a month and then I start to think, this is terrible.

QRO: Yeah, I’ve always wondered what that would be like. Everyone who creates things seem to pick everything apart. What do you normally listen to?

CF: Mostly Chicago music. Have you heard of the band Whitney (QRO photos)?

QRO: Yeah we actually saw them last month! This guy Michael Rault who I’m super into opened for them. Are they from Portland? The lead singer’s parents and grandparents were at the show I was at.

CF: I’ve never heard of him. I’ll have to check him out. But, No they’re from Chicago. Maybe one of them is from Portland. I’m not sure.

Frankel talked more about how much he likes Whitney, then he noticed and acknowledged the camera on him. “Can I take a picture of you guys?”, he asked. He took the camera, fumbling for a couple seconds before asking exactly how to use it and taking a great shot. It probably felt nice to have the camera on someone else for once, but not for long. I immediately fangirled out and turned the camera back onto him and me for a couple shots together. 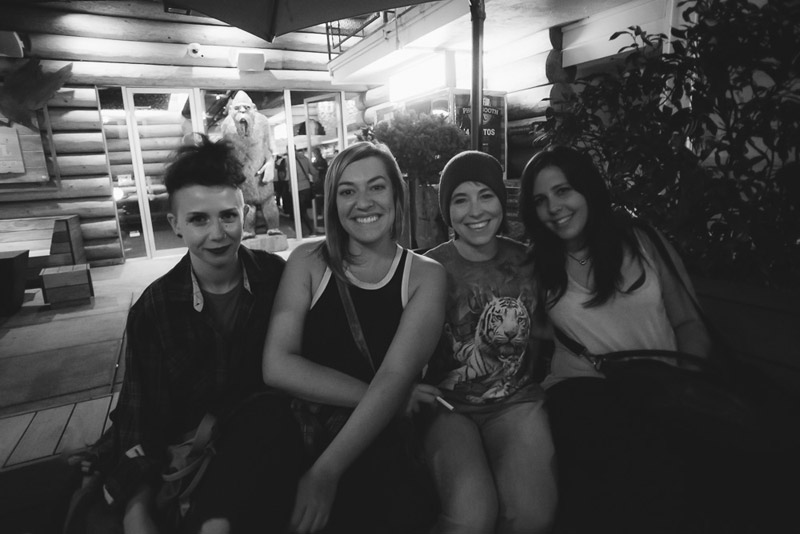 QRO: Thanks for the pictures! But, yeah it was really awesome to see everyone moving around and moshing at your show. At least from where I was standing. I was going so hard! Usually people in Portland just stand there. Everyone is afraid to move. It’s like they’re too cool or something.

CF: Yeah we actually played a show in Seattle and everyone was just standing there and we thought they all hated us. Then, after the show, everyone was coming up to us saying how awesome we were and how much they liked it. It took some getting used to. We are used to shows where it’s like, it’s not a good show unless someone leaves with a bloody nose.

QRO: That’s why I was so excited that everyone was moving here. Sometimes it seems like rock is dead.

CF: Everyone in Portland is always so knowledgeable when you try to talk about something too.

I laughed in agreement. It couldn’t be truer. Sometimes it seems like everyone is an expert on everything these days, I said. We get into the topic of the movie Kids. He liked the director of the film [Larry Clark] and we discussed how most of the kids in that movie were just random skateboarders who drove down from their hometowns and got into the movie by happenstance.

CF: Yeah some of my friends talk about how awesome that movie is. They’re all like, “Dude, did you see that movie? Slay. Slay.” And I’m like, “Uhhh, I think there’s a deeper message to that movie.”

QRO: Yeah there’s definitely a deeper message to that…

CF: You know that movie Gummo?”

QRO: Yes! The scene with the kid in the bathtub with the chocolate is so scary.

We hung out for a couple more cigarettes and the conversation is cut short when someone from the crew came over and says they need to get back on the road. 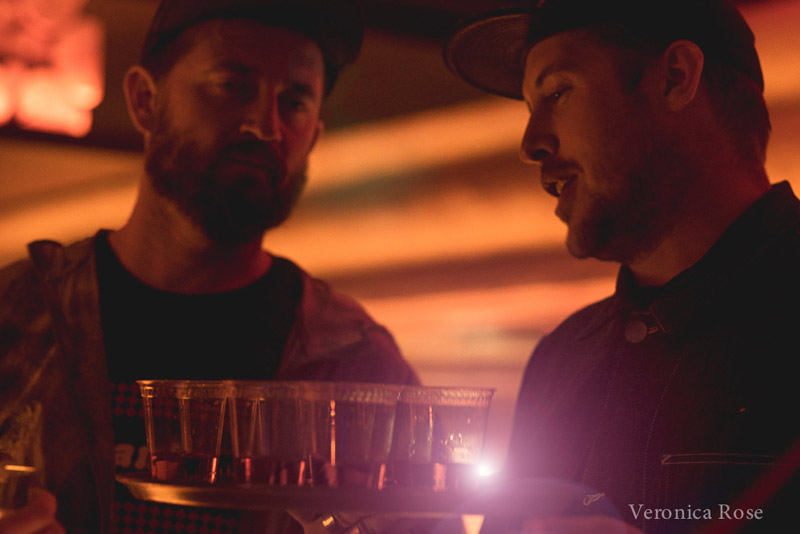 Just when I thought that the night was over, I go back inside the Doug Fir Lounge and run into Zach Carothers from Portugal. The Man, getting shots for everyone. He was rocking his “Lords of Portland” hat that locals know so well. Both Twin Peaks and Portugal. The Man toured together, opening for Cage the Elephant, and the PTM boys came out to support the show and have obviously taken Twin Peaks under their wing. We chatted for a bit until Cadien Lake James, another guitar and vocalist for Twin Peaks, ran over to the group, wild eyed with excitement and gave Carothers a huge hug.

“I’m not the type to pass up a free shot,” I responded.

“Well,” he asked, “ how does everyone feel about tequila?” He scanned the group and we all agreed. We take the shots, then James and Carothers bid adieu and ran off like old friends having a long overdue reunion.

Twin Peaks is having a blast with it. Friendly, funky, and talented to say the least. All and all, Clay Frankel is hilarious, down to earth, and modest. He has insecurities and gets tired of routine just like all of us and that makes this up and coming rock god just that much more charming and endearing. Cheers to Twin Peaks for keeping rock alive! 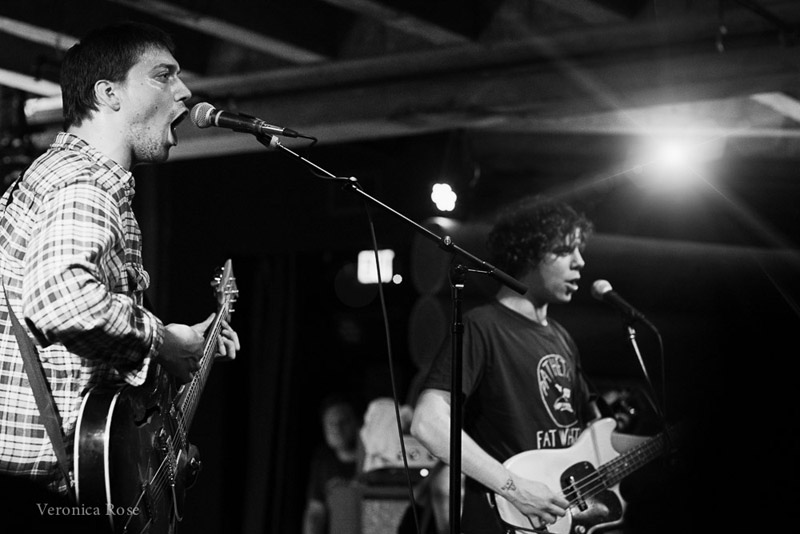