<img src="http://www.qromag.com/wp-content/uploads/2012/11/clinicfreereign.jpg" alt="Clinic : Free Reign" /><br /> On Free Reign, the group takes their new restraint from soft to spook, for a release that better matches up new... 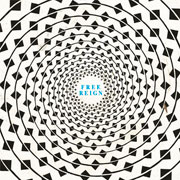 After releasing a record every even year of this century/millennium (including 2000), Liverpool’s Clinic changed up their reliability by changing up their sound on 2010’s Bubblegum (QRO review) – the rock of previous albums like 2008’s Do It! (QRO review) & 2006’s Visitations (QRO review) was replaced with a softer, higher, more psychedelic sound, if still accompanied by vintage instrumentation and singer Ade Blackburn’s (QRO interview) clenched-teeth vocals (plus the band still all wearing the same uniform in performances, and always wearing surgical masks – QRO live review).  Even if Clinic’s previous style had been getting a bit old hat, Bubblegum wasn’t quite the right direction.  On Free Reign, the group takes their new restraint from soft to spook, for a release that better matches up new & old Clinic.

Opener “Misty” is restrained even for Clinic, and while no other piece on Free Reign is quite that reduced, it is a hallmark of what is to come.  But whereas Bubblegum went for the soft psych, Reign does the unnerving chill, somewhere between haunted house & a Western.  There’s still some of the wa-wa of Bubblegum (“Cosmic Radiation”, “You”), and even some of the push of records before that (“See Saw”, “King Kong”).  Yet more interesting might be the disturbing closeness and intimacy of “Seemless Boogie Woogie” (which is not one of the more psyched pieces, despite its name), or even the almost ‘lounge Clinic’ of “For the Season”.

Clinic have kept the same line-up and label for years now, far longer than most of the indie music peers, and probably could have kept making the same sort of records (has worked for Bad Religion…).  It’s good that they’ve kept up the output, and it’s good that this original band’s search for new originality has been given Free Reign.

Soft Shadows – “I Want To Be With You”