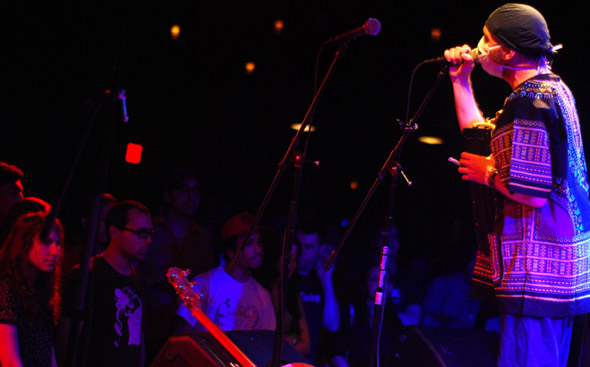 Bands, like movies, television shows, and anything artistic that’s also available for wide consumption, can get tagged with the ‘cult’ term – and it’s usually meant as at least a half-insult.  Unusual, idiosyncratic acts that have a loyal fanbase, but are otherwise ignored by the wider world, are termed ‘cult bands’ – as opposed to ‘divisive’ acts, which have a loyal fanbase and are hated by everyone else who knows about them.  But also unlike ‘divisive bands’, which mostly are actually awful, ‘cult bands’ can actually be quite strong – really, all it takes is enough people to get over the unusual hump and appreciate a ‘cult act’ for it to be the next Björk or what have you.  Yet the ‘cult’ label often keeps them from that wider acclaim.  However, there’s an advantage to bands being labeled ‘cult’ – they have a base of loyal fans that are willing to follow the group into new, uncharted terrain, like the ‘cult’ fans of ‘cult’ outfit Clinic did at Bell House in Brooklyn, NY on Monday, August 16th. 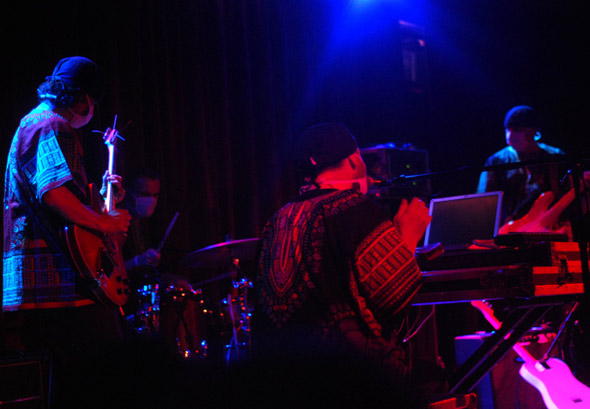 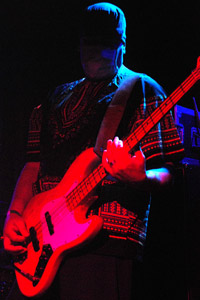 Playing the first of three NYC-area shows, the Liverpool act were giving fans a sneak preview of the upcoming Bubblegum, not out until October.  While Clinic “sound like no other band” (as their website once said), their signature almost country rhythms done through antique instruments, to create a spooky form of pop or rock, has sounded kind of similar, album-to-album, most recently with 2008’s Do It! (QRO review).  Bubblegum does follow in the band’s trend of releasing an album every even year since 2000’s debut full-length Internal Wrangler, but otherwise is a serious departure.  Do It! did display a slightly sunnier sound, but nothing prepared for softer styles Clinic displayed at Bell House, starting with Bubblegum‘s wa-wa groove title track, and immediately followed by even softer “Gentle Lady” and “I’m Aware”.  Other new pieces kept up this trend, such as “Linda”, the closest Clinic has ever gotten to a love song, the weary restraint of “Freemason”, and even the relaxed nature to Clinic-rockin’ pieces such as “Lion Tamer” and the pre-encore close of “Evelyn” & “Safire”. 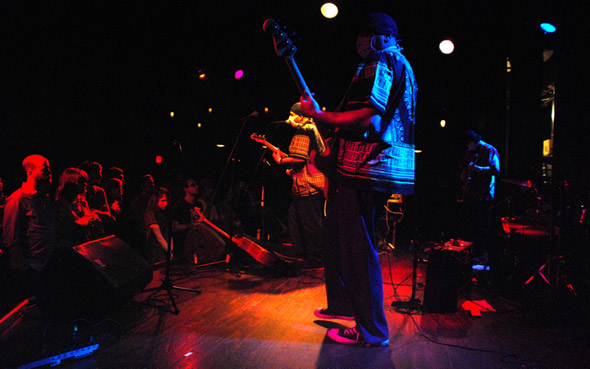 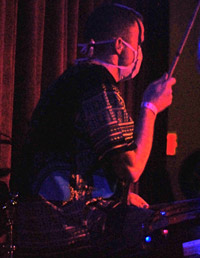 Bubblegum dominated the set list (QRO photo) at just over 60%, but Clinic still hit up some previously-released material.  While there was nothing from Internal Wrangler or 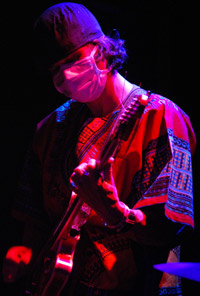 2004’s Winchester Cathedral (which has long seemed to be the band’s least-favorite album, at least when they make their set lists), Do It! got both the spooky “Memories” and the rockin’ “Shopping Bag”, and 2006’s Visitations (QRO review) both single “Harvest (Within You)” and, in the encore return, “Children of Kellogg”.  Clinic’s self-titled 1999 compilation of early EPs also got two songs, “I.P.C. Subeditors Dictate Our Youth” and the night’s closer, “Monkey On My Back”. 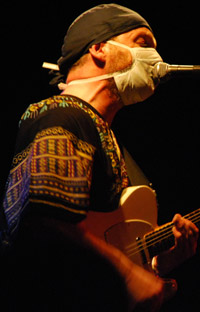 Those songs that the audience actually knew naturally got the biggest rounds of applause, but it was a polite and appreciative crowd of Clinic die-hards who listened intently to the new material.  Clinic are not an easy band to warm up to, from their signature distant sound to ultra-signature look, always wearing surgical masks & caps (even in promo photos) and matching shirts (they had graduated from just scrubs to matching Hawaiian shirts on the Do It! tour; Bubblegum has brought out Mexican shirts).  Guitarist Jonathan Hartley kind of hides in the background, closer to drummer Carl Turney than the front of the stage, while singer Ade Blackburn (QRO interview), when not shunted to the side on keys, is a bit overshadowed by the only member always near the front (but also always off to one side), bassist Brian Campbell.  Bell House (QRO venue review), with its stage jutting out from a long side right into the crowd, was a better place to actually ‘see’ the band than other venues (certainly better than the over-smoke machine appearance at Gramercy Theatre – QRO venue review – for the Visitations tour in 2007 – QRO live review).  This ‘cult’ band reaped the rewards of having ‘cult’ fans – if only the fans of Lost were as understanding…

Clinic playing “Monkey On My Back” live at Bell House in Brooklyn, NY on August 16th, 2010: 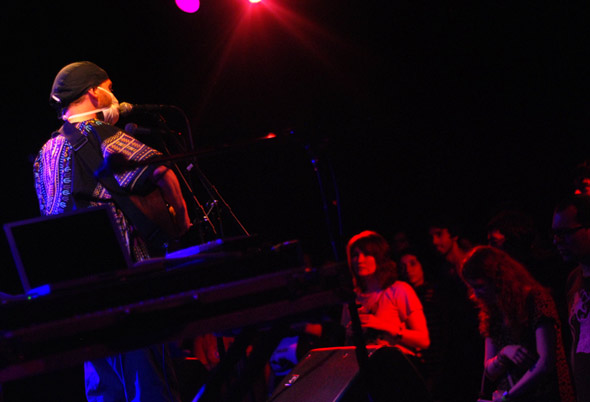