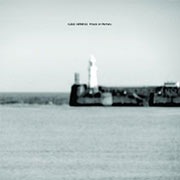 Cloud Nothings latest effort, Attack On Memory is a startling revelation – an aggressive, emotional paean to youth angst.  On this release, band impresario Dylan Baldi strips away the layers of self-awareness and irony that accrue with age and temper this impulse, instead, reveling in it.  In providing points of comparison, it’s possible for parallels to be drawn with the latest releases from current alt-rock revivalists Yuck (QRO photos) and The Pains of Being Pure at Heart (QRO live review), though the darker and more introspective tone of Attack On Memory immediately distinguishes it from its peers.  Reaching further into the past, it’s easy to identify the influence of acts like The Replacements (QRO deluxe edition reviews), The Afghan Whigs, and Jawbox, in addition to the palpable sway of early emotional hardcore.  Dwelling on their influences does this group a disservice however as on this album they’ve clearly distinguished themselves.

Opener "No Future/No Past" is counter-intuitively the weakest track, but once traversed the record opens up with "Wasted Days", a punishing, punk-infused howler that crackles with anger.  On this track and "Separation", instrumental breakdowns crescendo, swirl and convulse, enveloping the listener in walls of sound.  This is a loud record, the greater fidelity ushered in by alt-legend Steve Albini in his production on this album lends a palpable force to these songs, perfectly bottling the obviously prodigious energies of the band.

Click here for photos of Cloud Nothings at CMJ 2011 in New York, NY in the QRO Concert Photo Gallery

Click here for photos of Cloud Nothings at Doug Fir Lounge in Portland, OR on March 25th, 2011 in the QRO Concert Photo Gallery

Click here for photos of Cloud Nothings at CMJ 2010 in New York, NY in the QRO Concert Photo Gallery

His work is facilitated by the technical ability of the musicians Baldi has accrued.  Their talent is indisputable and they deliver his creations with aplomb, alternately flaying their instruments to within an inch of their inanimate lives and exercising restraint when required.  Though it would be impossible to characterize any of the tracks off this album as uplifting, tonally, "Fall In" and "Stay Useless" are the brightest of the bunch, providing some respite from the bleakness of the rest of the album.

The pervasive despondency of Dylan Baldi’s lyrical efforts here don’t provide any revelatory insight into the common alt-rock tropes of romantic chagrin, frustrated personal ambition and squandered hope.  His delivery however, in its unabashed earnestness, elevates otherwise mundane lines like, "I thought I would be more than this," into rallying cries for the apathetic.  Through his communicative passion he saves the album from wallowing in introspection and self-pity.

It can’t be emphasized enough how far they’ve departed from their first release Turning On though in retrospect, its clear that their self-titled sophomore release closely presaged Attack On Memory.  This album is a stunning achievement, further infusing the resuscitated alt-rock scene with new vigour and power.