One showcase that was very well promoted at CMJ was the one by Big Picture Media – they also handled press for CMJ Music Marathon itself, and had a long list of acts at Tammany Hall, with The Lawsuits, Ashley Allen, Chevonne & The Fuzz, Lily & The Parlour Tricks, Viv & The Revival, Jodi Good, and Love Crushed Velvet: 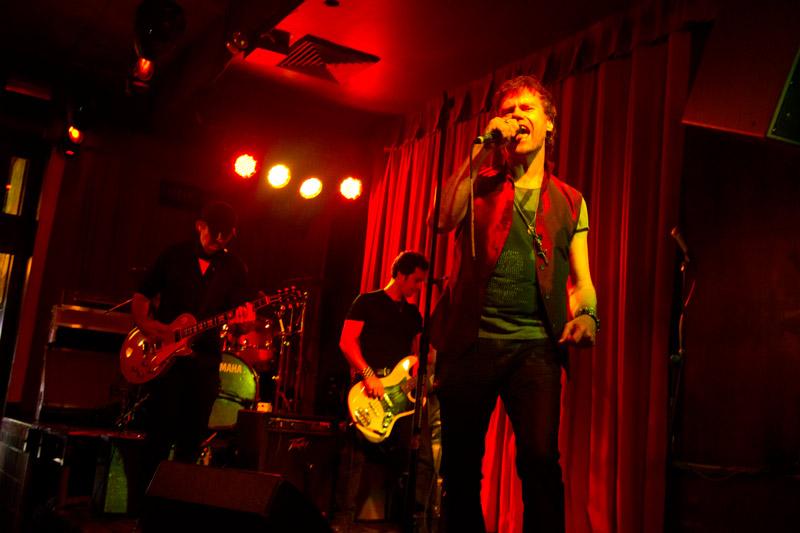 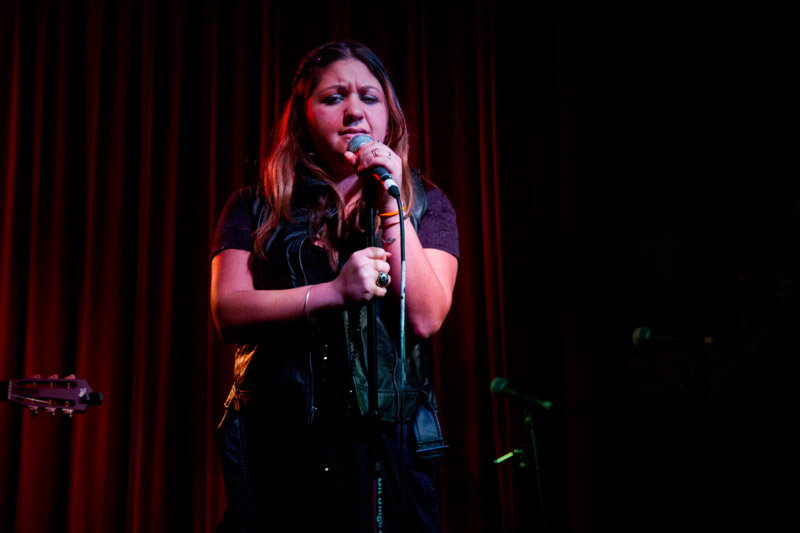 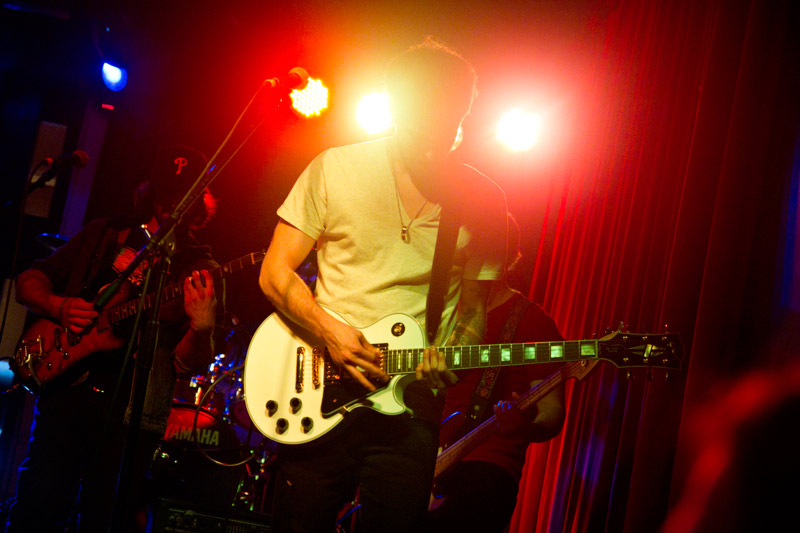 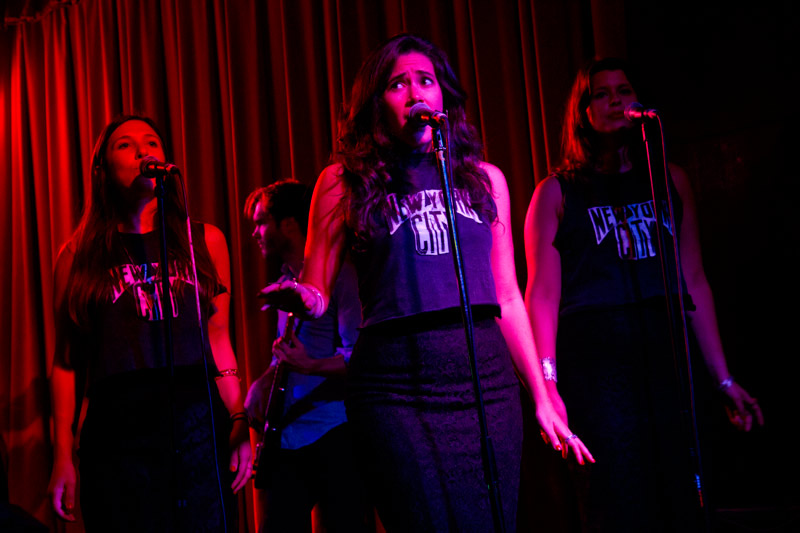 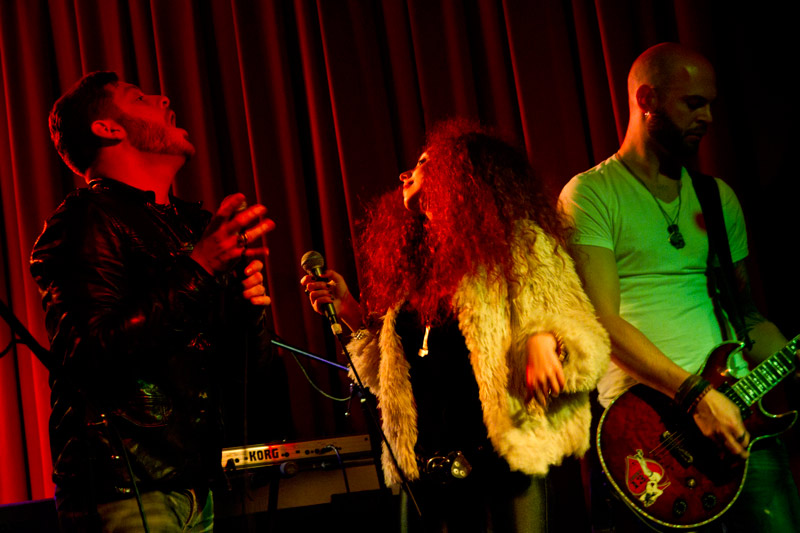 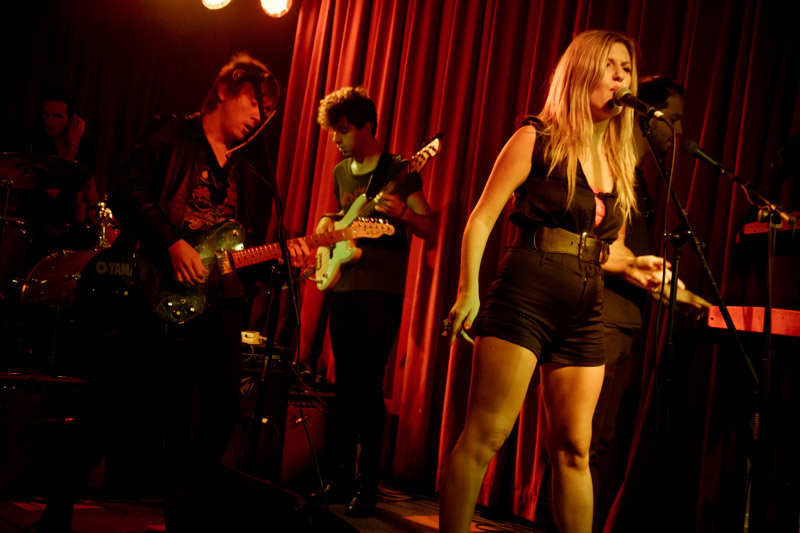 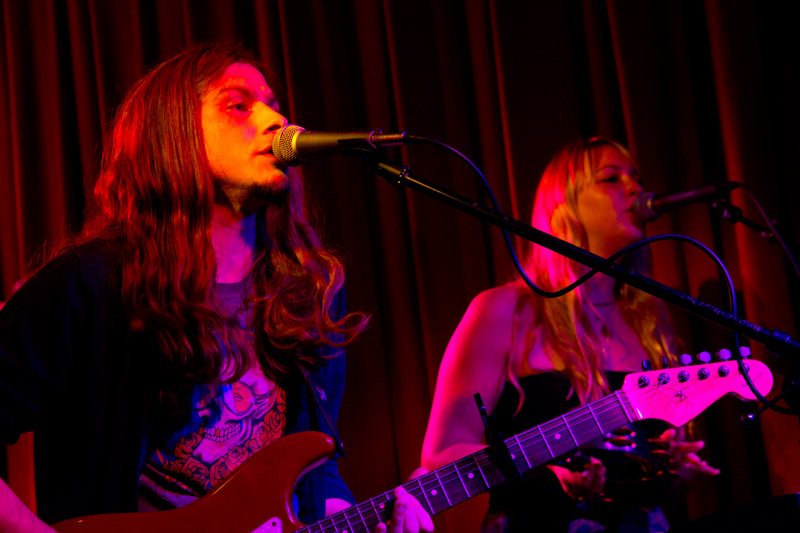 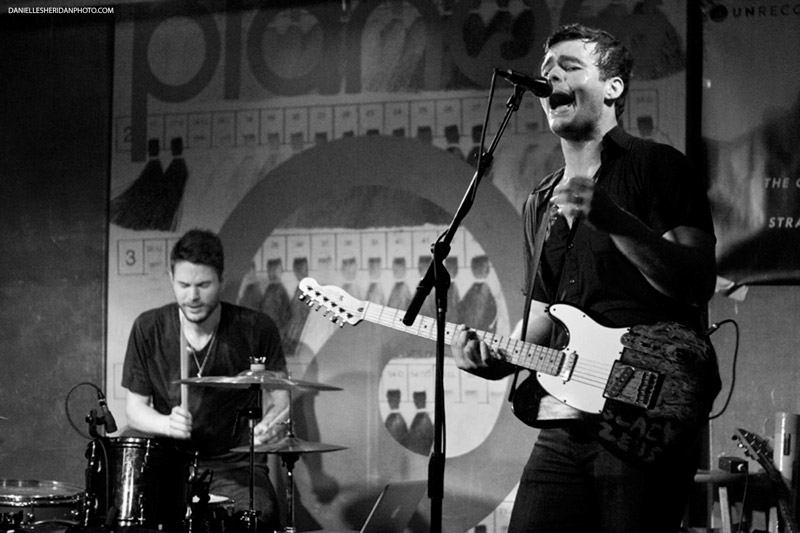 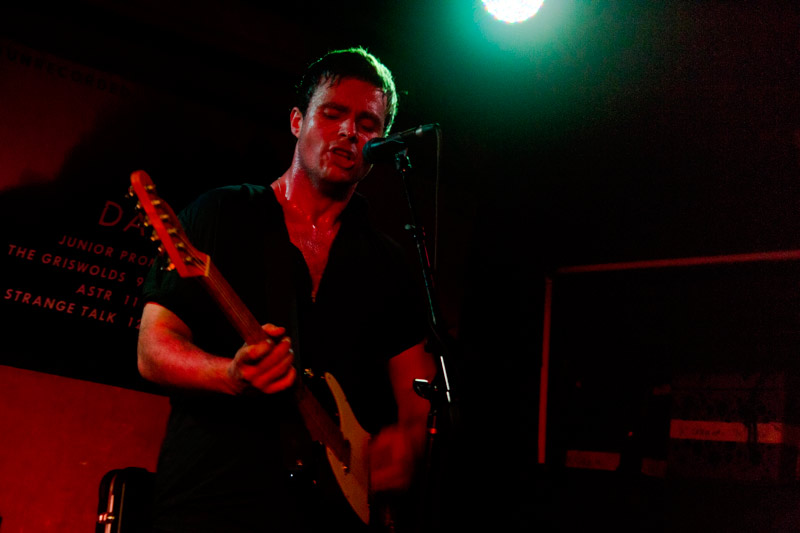 Some new acts had ‘you should see’ heat going into CMJ, and one of those was Junior Prom, who had multiple people from QRO there to catch them at the small Piano’s (QRO venue review), before Baby Alpaca. 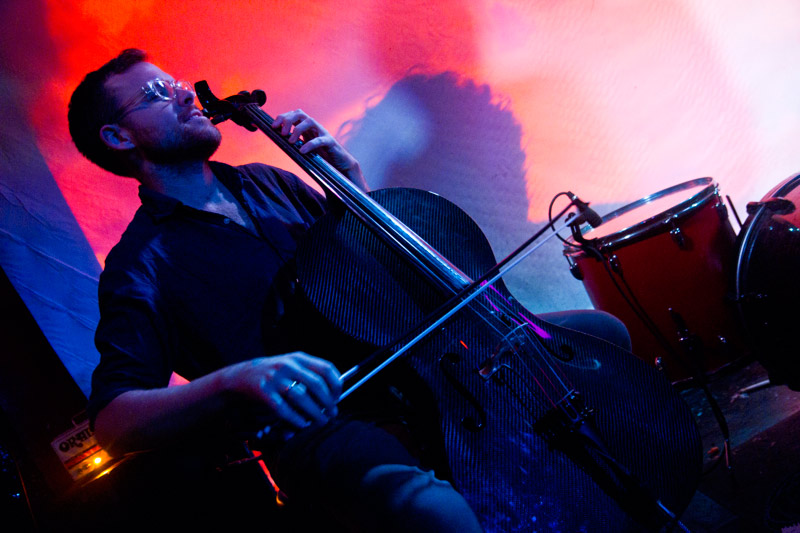 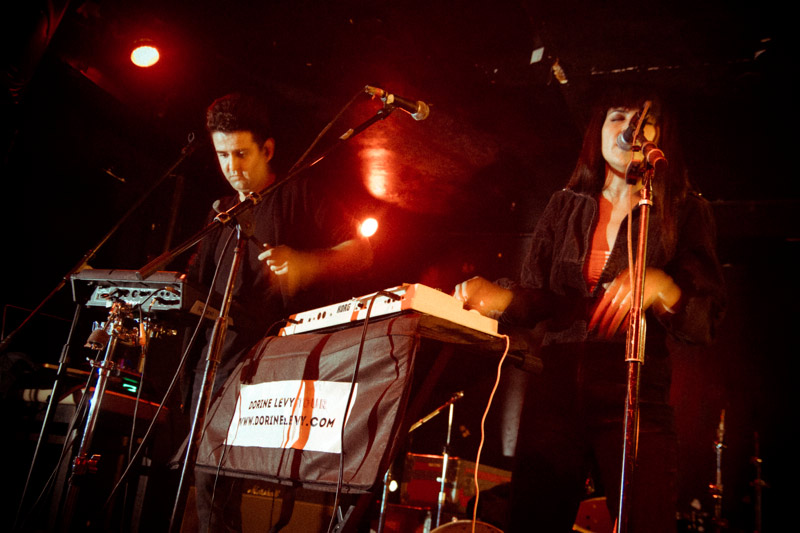 International music has always been a mainstay of CMJ, as cultural bureaus from the rest of the world try to get into the American music market (U.S.A. might be #1, but other countries do give state support to their musicians).  One example is Israel, who brought Dorine Levy… 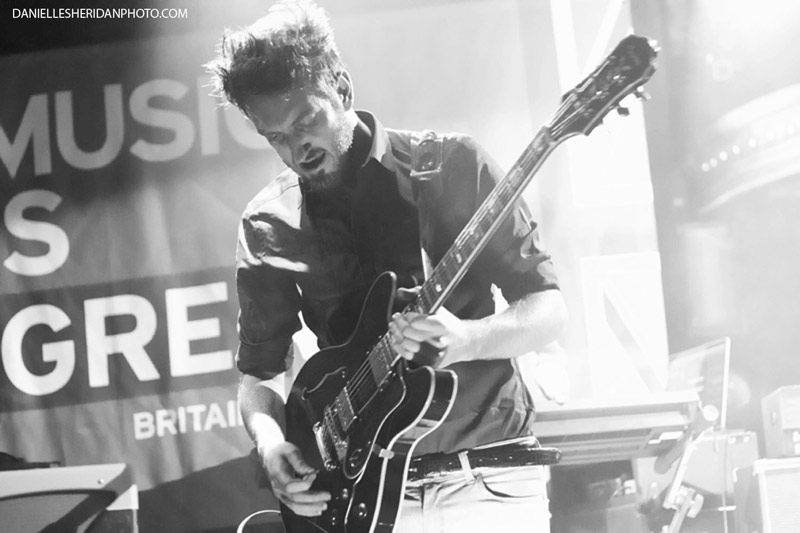 …and another is Great Britain itself, who brought U.K. hit Morning Parade to America (though British music is hardly foreign to the U.S. of A…). 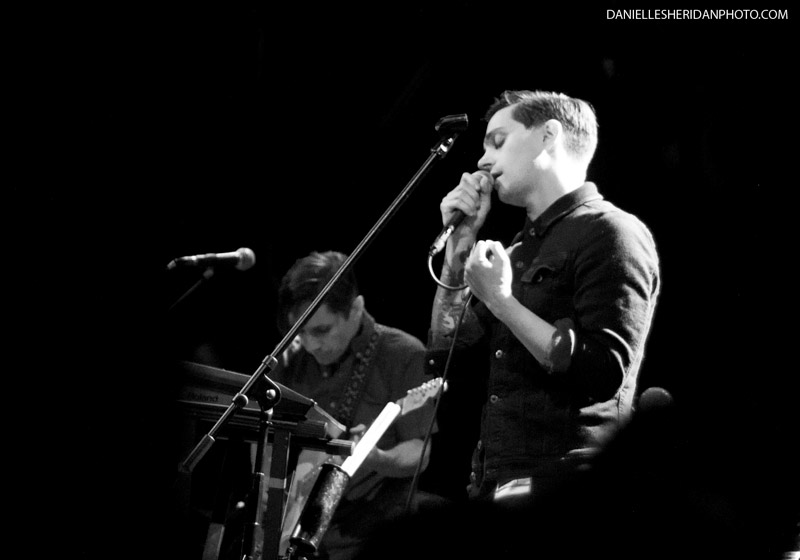 Creative Artists Agency probably advised signee Night Terrors that there was already another act called that, so they added 1927 (a-la Death From Above becoming Death From Above 1979 – QRO photos – so as not to conflict with James Murphy’s DFA Records…). 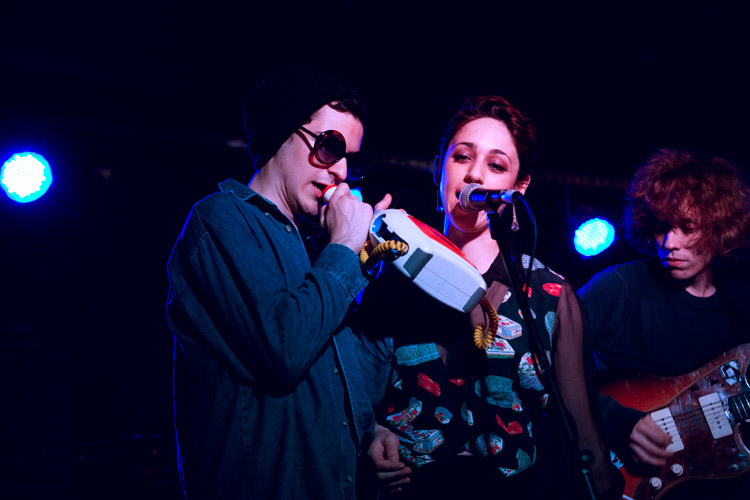 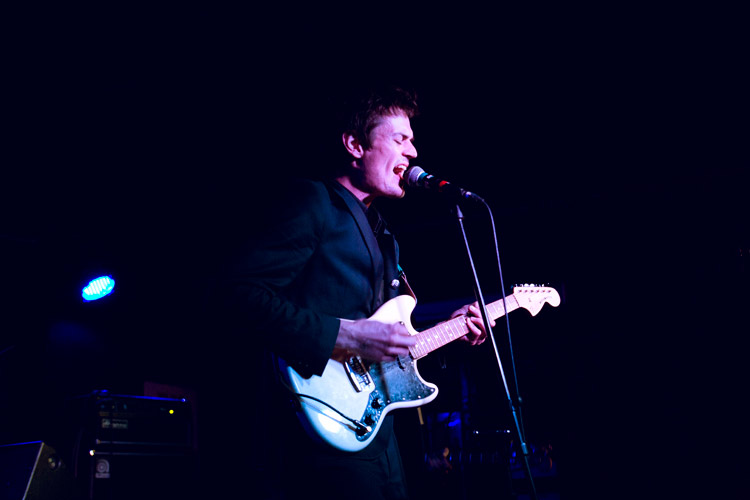 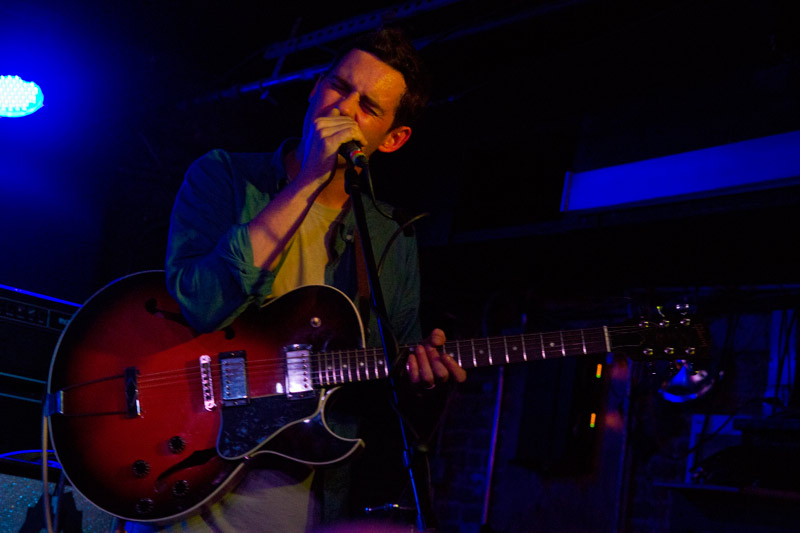 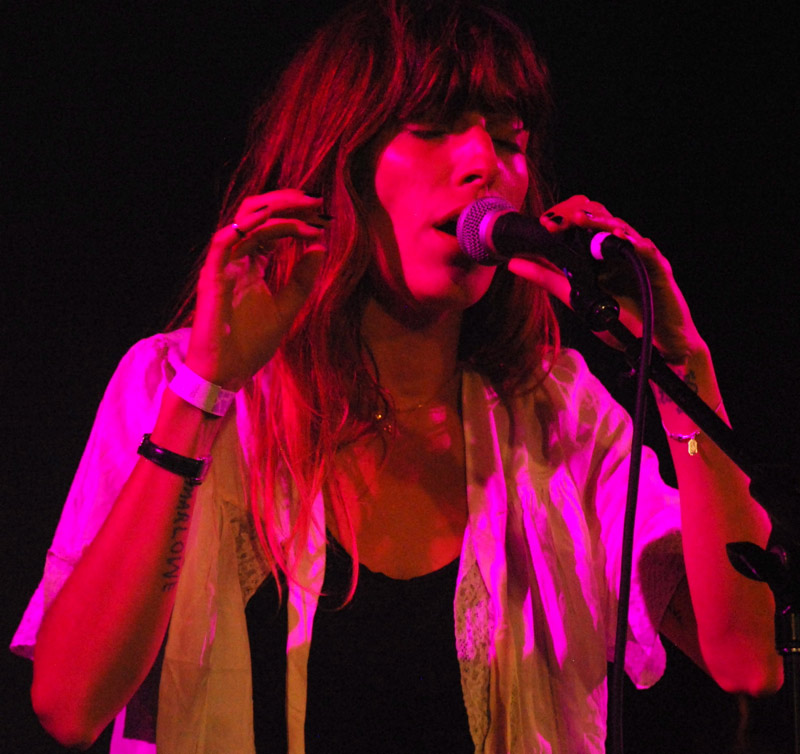 If you’re gonna go international, why not some je ne sais quoi?  The French Music Bureau took over Highline Ballroom (QRO venue review).  Lou Doillon might have sounded English, but that was just her English, as she’s almost your classic French model/actress/singer (hell, her father’s a French director, and her mother’s a singer/activist – and her half-sister is singer Charlotte Gainsbourg – QRO album review).  All of those different activities gave her a healthy crowd, and Doillon wasn’t nose-in-the-air, as she had a funny story about how proud one gets when making a drunken statement, even as you know you’ll pay for it tomorrow…

However, not French was Au Revoir Simone – despite their name and looks (any of the three lovely ladies could be model/actress/singers…), the trio are from just across the East River in Williamsburg.  But whatever the nationality, this was one of those ‘only playing one real show at CMJ, so need to catch it’ situations, as the band had just returned from touring Europe & playing Canada, and were just about to head out on an American tour, all behind their new album, Move In Spectrums (QRO review).  Indeed, they even remarked that this was the closest they’d come to getting a New York record release party.

The new Move songs were disco-dancier live – and the girls danced too, maybe more than other acts, actually.  One would think that having keyboards would tie them down, but they don’t have to carry anything while performing (or sit down), and those one-handed keys moments especially let the women sway their hips.  The trio aren’t completely keyboard-only – Annie Hart (QRO interview) played bass on Move’s “Crazy” (after running off stage to find a pic) and again on their cover of Mazzy Star’s “Fade Into You”, which also saw Erika Forster go into the crowd early on (she explained that her part didn’t come in until halfway through, giving Forster the chance to dance with fans).  Yes, the trio are incredibly cute live, like during one song, when Hart’s mike chord was below her hand on her keyboard, so Heather D’Angelo took it and timed the moment when Hart’s hand left the keys for a split-second, so D’Angelo could move the chord – or when they asked for the most psychedelic lighting possible for final number “Tell Me”, “But we don’t like bossing people around…” 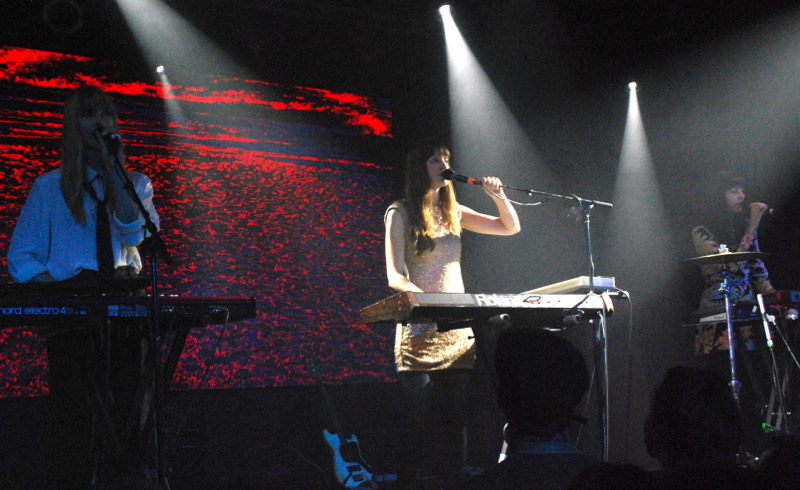 -Highline Ballroom seems to have added more couches, or maybe that was just for French Music Bureau showcase.  More importantly, every third Foursquare check-in there gets on a free drink…

-The Sounds (QRO spotlight on) @ Brooklyn Bowl (QRO venue review).  Sure to be wild for these Swedes, debuting their new Weekend.