Another year, another CMJ. New York’s multi-venue music industry festival has had its ups and downs, but in 2014 seems to be on an upswing, with a slew of big shows to go with the millions of struggling bands at tiny places, Tuesday-to-Saturday, October 21st to 25th: 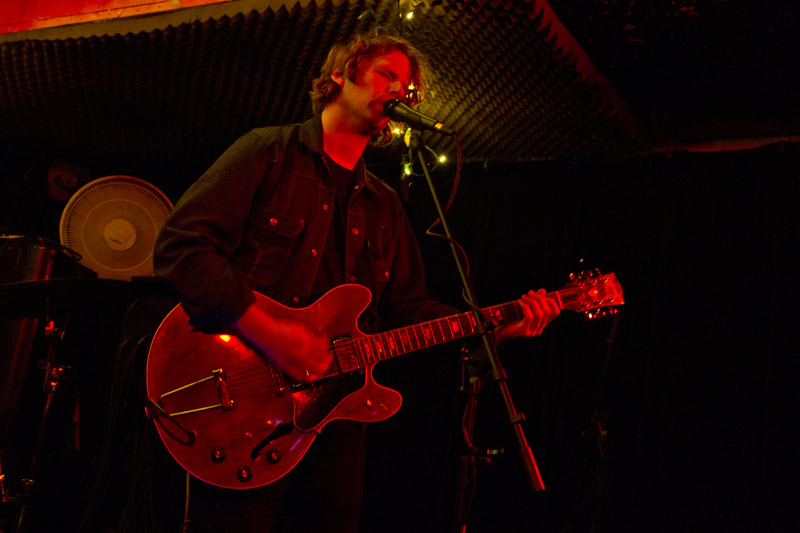 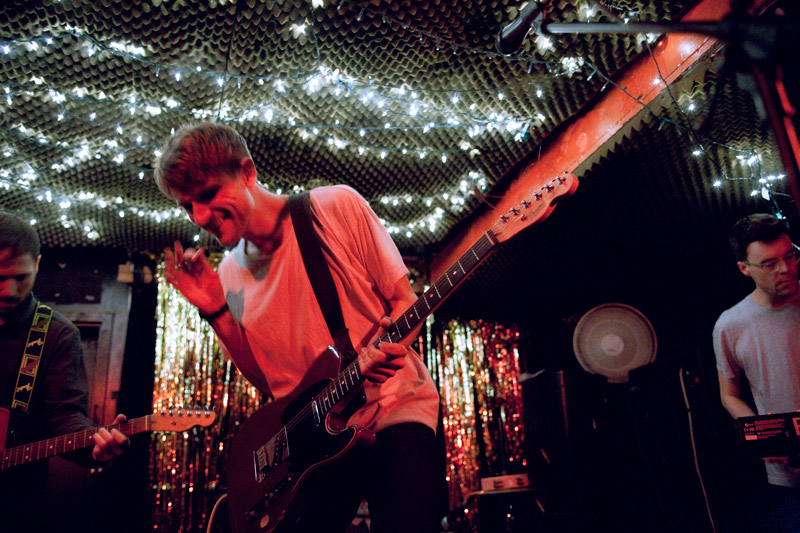 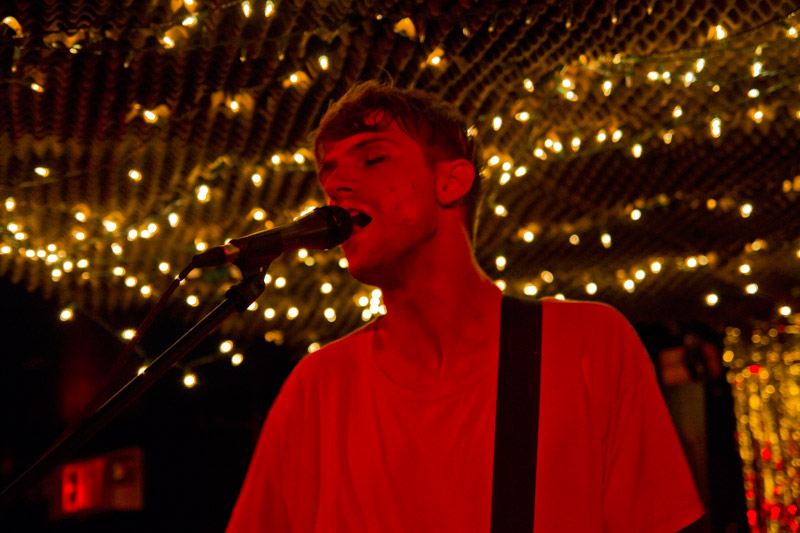 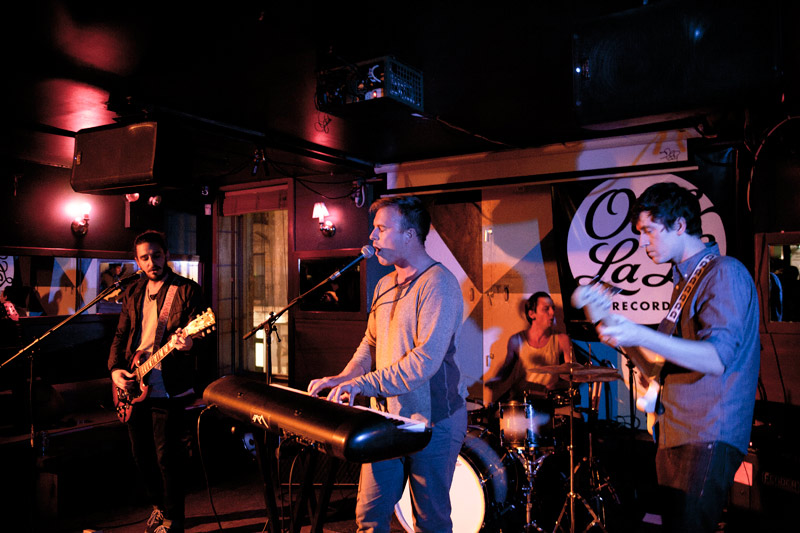 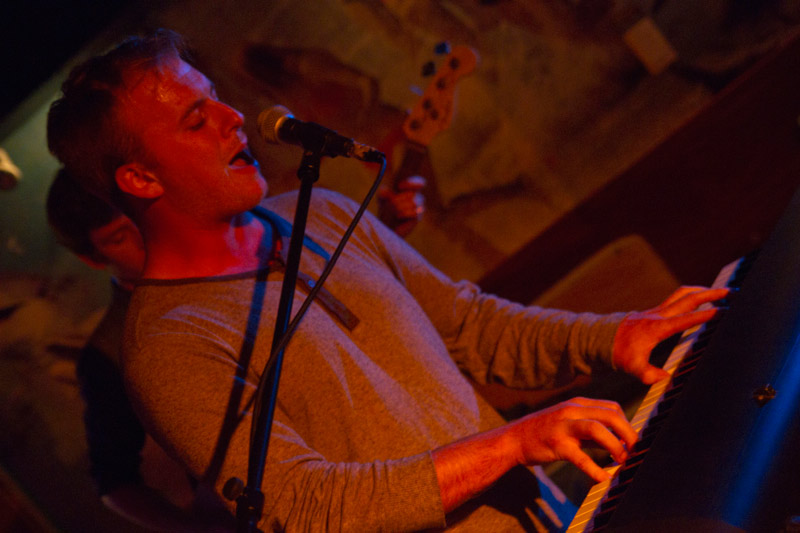 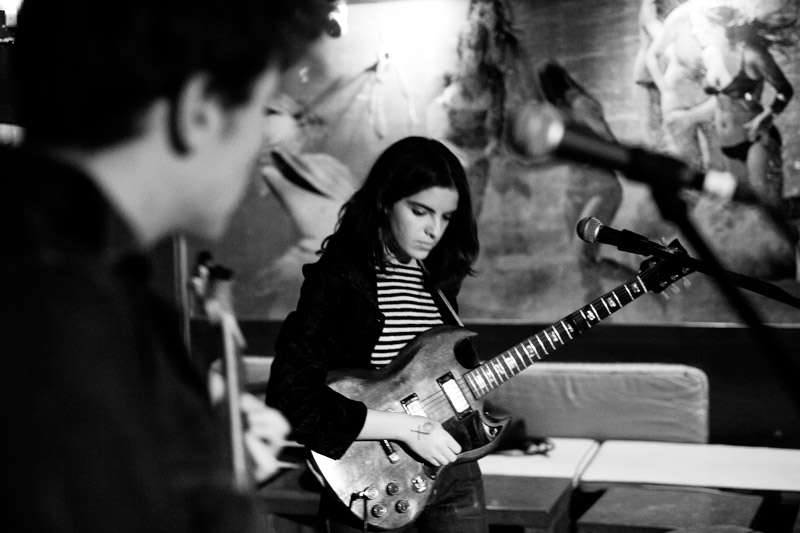 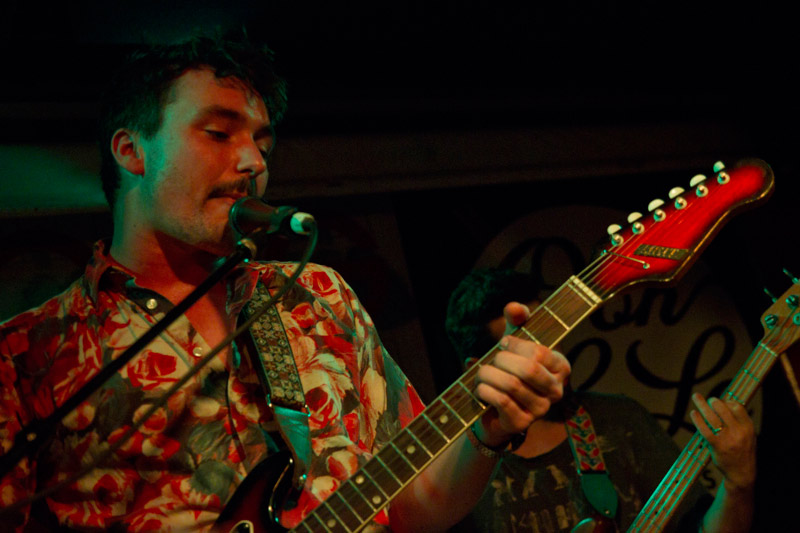 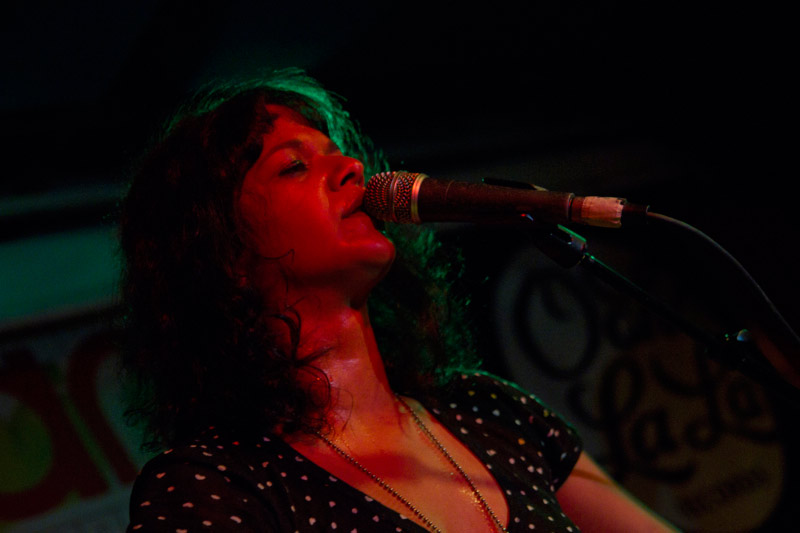 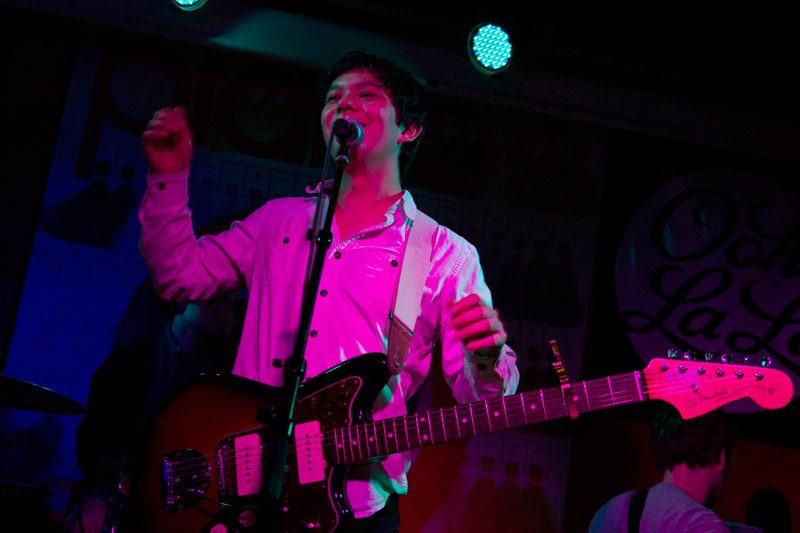 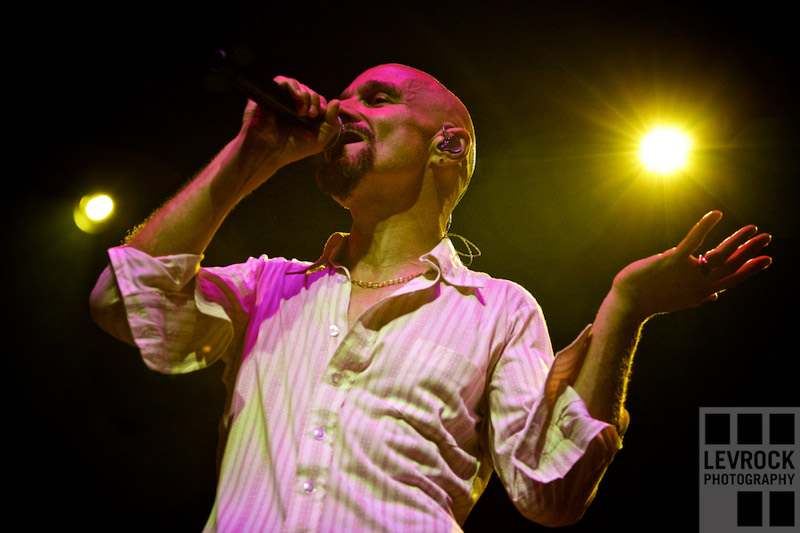 The best thing about CMJ this year was that it managed to wrangle in some big shows to go with the usual showcase line-up of up-and-coming (read ‘you haven’t heard of’) acts, and maybe the most special show of those was James at Webster Hall (QRO venue review). The band is anything but new, having emerged from the Manchester music scene of the early eighties, and saw nineties ‘Madchester’, brief American breakthrough, break-up, reunion – and more. They were in New York behind this year’s La Petit Mort (QRO review) – and more. 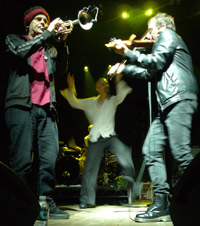 The many members of the band – a rare act to have a violinist and a trumpet player – came out and launched into it, yet instead of starting with a new song or a ‘big hit’, began with “Getting Away With It (All Messed Up)” from 2001’s Pleased To Meet You, the last record before their break-up. However, the band was in high spirits, especially singer Tim Booth (QRO interview), who took every chance he could to flail about like a madman – that might not have shook the hairs on his shaved head, but did his very loose shirt & pants. From there were two from Petit, “Frozen Britain” and “Walk Like You”, and while there were more from Petit than any other album, James truly mixed and matched.

Interestingly, other than Petit, there was nothing from their other two post-reunion records, Hey Ma and The Morning After The Night Before (QRO review), instead seeing the newest paired with older material. At one point the group played one of the first songs they ever wrote, from 1983, “What’s the World”, and followed it up with another oldie, “Hymn For a Village” (seen on recent U.K. eighties indie-pop compilation, Scared To Get Happy – QRO review). Wedged in the middle of four Petit songs was “Johnny Yen” from first full-length, Stutter – yet it was the following Petit “Quicken the Dead” where Booth forgot the opening lyrics and had someone in the crowd start him off (and sung it quite well, as the band remarked). They went from “P.S.”, off of their 1993 American hit Laid, into Booth speaking about the passing of his New York friend Gabrielle Roth, who had helped inspire Petit and the following “All I’m Saying” (indeed, it was the second anniversary of her death). 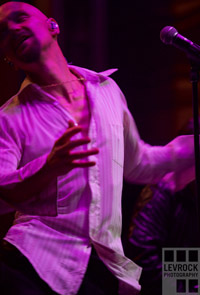 After a total of seven songs from Petit, Laid was the distant second at three – but not how you would have expected. Early on James launched in Laid’s uproaring “Sometimes”, which was such a crowd-pleaser that the audience carried the chorus of, “Sometimes / When I look deep in your eyes / I can see your soul,” so much so that the band had to join back in. And in the encore, Booth went into the crowd for “Say Something”, wandering deep into the audience and singing directly to individual fans.

The flip side of the wonderful performance of those two Laid singles was that James didn’t play the album’s title track/the band’s breakthrough U.S. single. Indeed, at one point a band member remarked that the crowd thought James was going to play “Laid”, but that “New York is beyond that.” James is known for varying their set list show-to-show, and did mention that they played it last time they played Webster (QRO live review of that show). Yes, the audience did stick around demanding a second encore, presumably with “Laid”, after an impressive four-song ‘regular’ encore, but one could hardly fault a band that delivered such an exhilarating, uplifting performance. 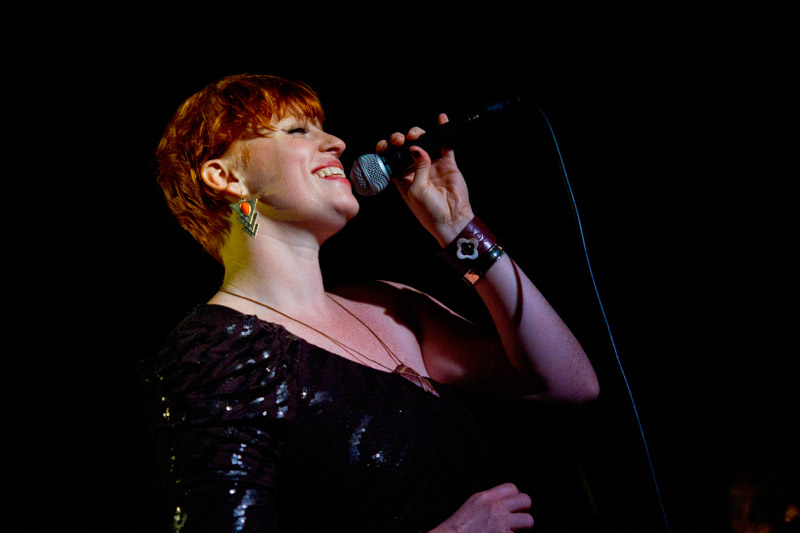 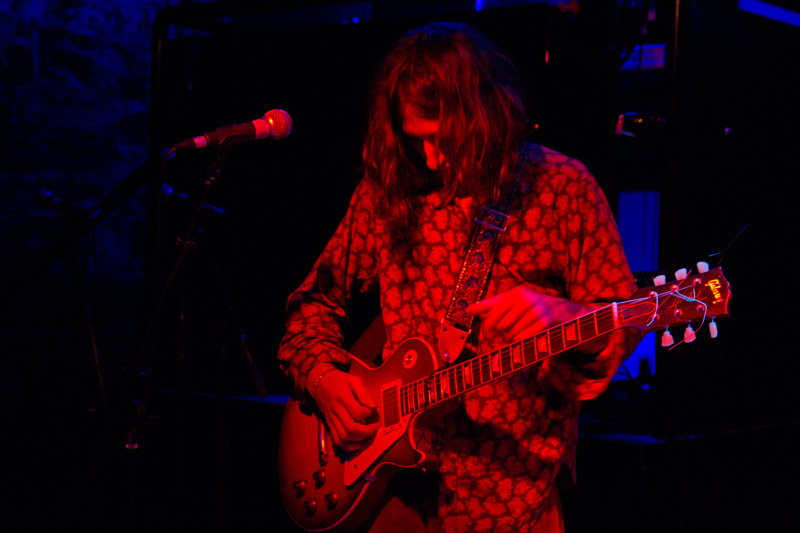 -Sweet way to start off CMJ is always the first day’s press mixer, 6:00 PM to 8:00 PM at the Hotel on Rivington, with a classy open bar & rooftop.