If at every CMJ one has a day where you drink too much, one also has a day where one stays in too long and does too little because one is too hungover.  Ideally, that day would be Sunday, but somehow Friday is always the drinkin’ day (QRO recap), and Saturday, Day Five, the hangover day.  So I stayed in and missed all of what should have been – but really wasn’t – a spread of opportunities, but thankfully other at QRO caught key missed artists.  Only headed out for SPIN Magazine’s party at Firehouse, and was again saved by others at the Q. 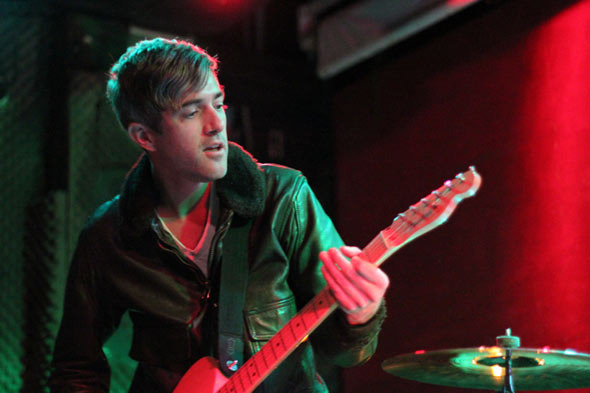 After being turned away at the door on Day Three (QRO recap), should have tried to catch We Are Scientists playing in the early evening at Pianos (QRO venue review) – but thankfully QRO’s Katie Chow did. 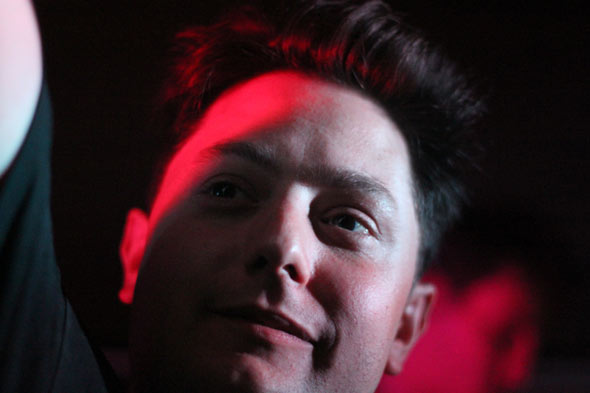 Before hitting up the Panache Booking showcase in the main room (see below), QRO’s Natalia Blas caught Chapter 24 in the back room of Public Assembly (QRO venue review), then Terri Wise saw Jacuzzi Boys. 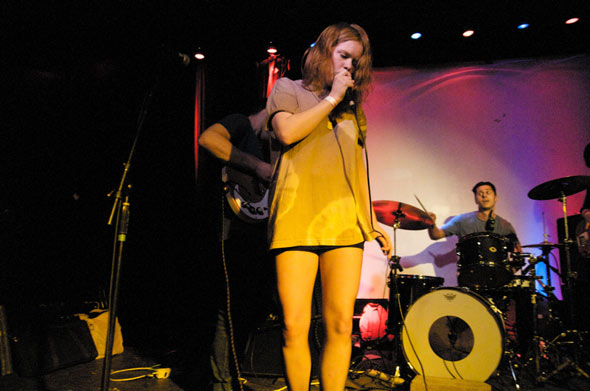 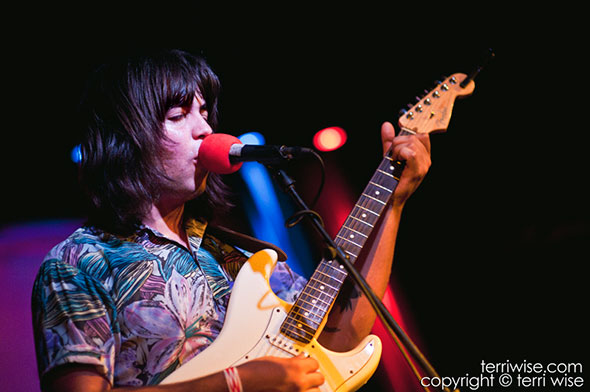 Another key show I missed but someone else at QRO caught was at Public Assembly, specifically Natalia Blas seeing Japan’s Shonen Knife (QRO spotlight on) playing tribute to The Ramones behind their new covers record, Osaka Ramones (QRO review). 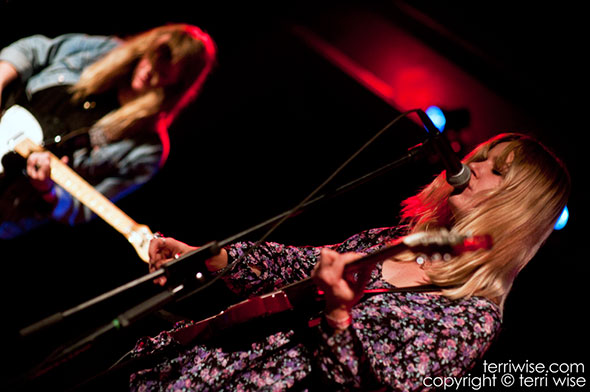 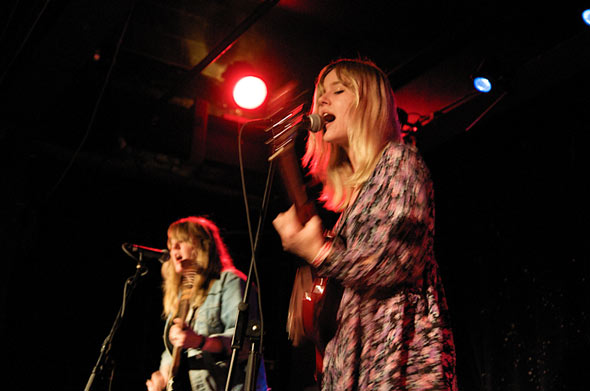 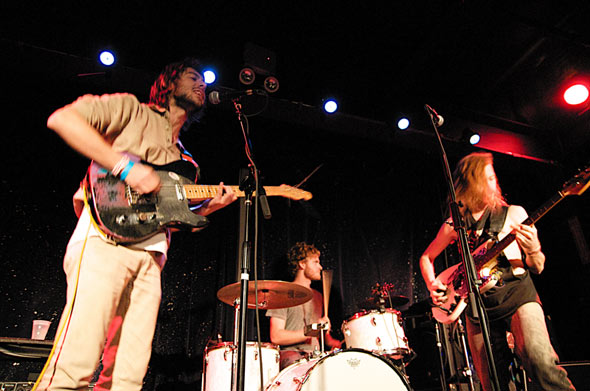 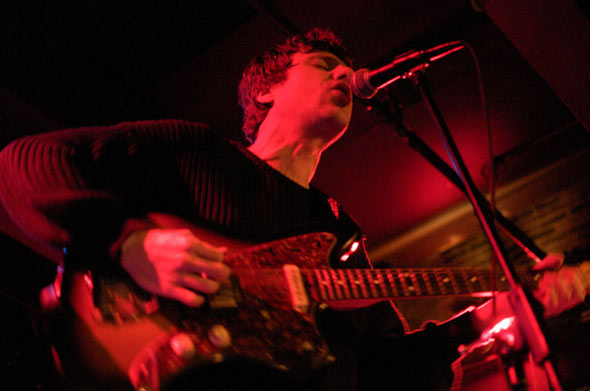 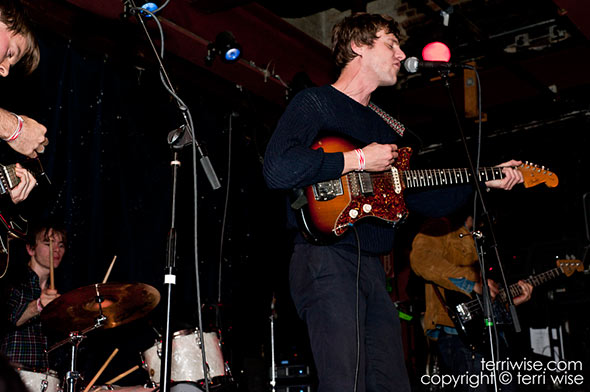 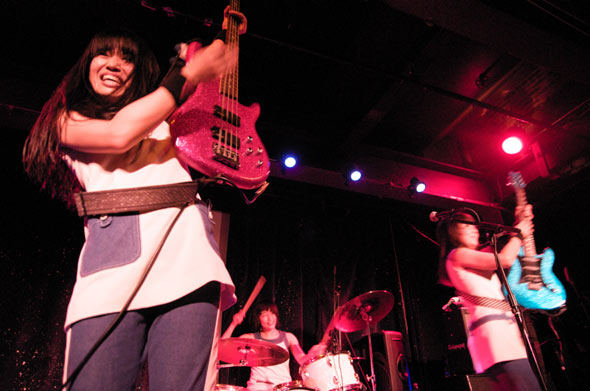 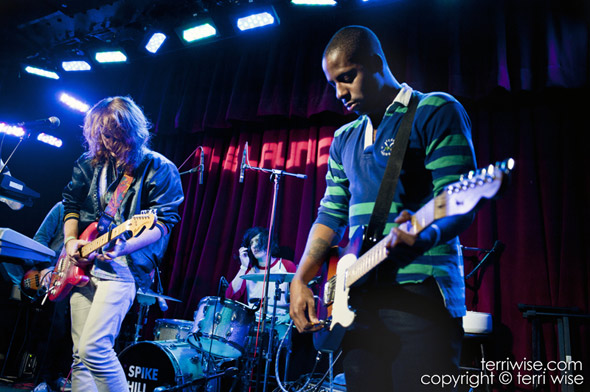 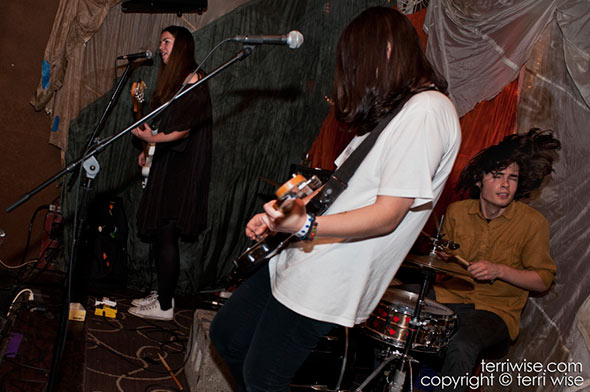 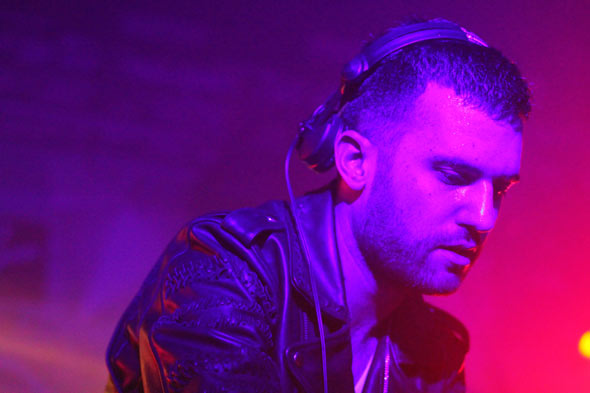 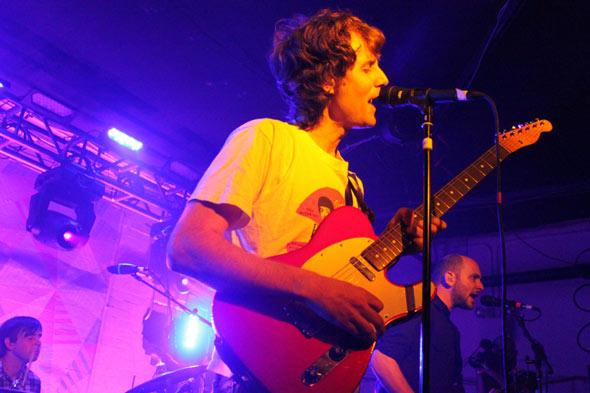 After spending way too long doing way too little, finally headed to Firehouse near Canal & Broadway (and across the street from Santos Party House – QRO venue review) for the SPIN Magazine party.  Last year’s had been a tight crush (QRO recap) with Local Natives (QRO photos) and Titus Andronicus (QRO photos), but the crush was mostly on the bathroom line.  This year was much worse, thanks to highly hyped electro-rockers The Rapture & Crystal Castles.

During The Rapture, the place was at fire capacity, with security saying the police were threatening to shut the place down (though that might have been a lie to try to thin out the herd at the front door).  Even ultra-VIPs like one of the Pace twins of Blonde Redhead (QRO live review) had to at least wait to get in – though not as long as regular folks (or as ‘regular’ as you could be at an unofficial, announced-the-day-before, invite-only showcase).

I didn’t get in until Firehouse seriously emptied out after The Rapture, but QRO’s Katie Chow showed up early enough to catch them & opening DJ A-Trak.  The Rapture’s return with In the Grace of Your Love (QRO review) has been a very well received one, as the band is perfectly situated between electro-dance & indie-rock.  Have they headlined Terminal 5 (QRO venue review) yet?

The crowd for Crystal Castles probably wasn’t as wild as others that they’ve had, given the VIP nature of the event and that so many people had left after The Rapture (that long line to get into Firehouse literally disappeared).  But singer/frontwoman Alice Glass didn’t let it show as she screamed & thrashed her way around the stage, including multiple climbs atop – and jumps off of – the drum set.

[note: I was told beforehand that Crystal Castles had requested no online photography (guess so that there wouldn’t be tons of photogs up front during their set?), so didn’t take any photos.  But apparently I was literally the only person who read that, as there were tons of cameras at the show and photos from this event have popped up all over the internet – QRO is currently in negotiations to try to post Katie Chow‘s pics]

-Security outside of Firehouse kept yelling at the middle and end of the line to move back, ostensibly to create room to thin out the herd at the door, but that herd never thinned out, no matter how much space was created whenever the rest of the line was yelled at for the umpteenth time to move back.  Security might have been taking out their frustration with being unable to move the VIPs up front out on the regular folks farther back on line.

-Also outside Firehouse, saw a taxi driver yell at a disembarked rider for a really long time.  Don’t know what it was about, but had to say sympathy was with the driver, despite the scene he was making (and money he wasn’t by not driving), not with the lady who hid in the crowd of VIPs making their way in.

-After waiting on line to get in at Firehouse, had to pee, which meant waiting on another long line, though at least inside.  While the outside line hadn’t been as bad last year, the bathroom line was, which was why I was disappointed it was at the same place this year.  And the regular bar ran out of alcohol before Crystal Castles ever went on.

-Dear SPIN: Please don’t hold your CMJ 2012 party at the too-small & not-enough-bathrooms Firehouse (which also isn’t near any other CMJ venues but Santos).