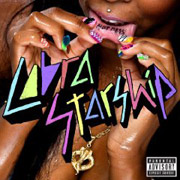 Hot Mess is an album that must not be taken seriously.  If you do try and look for any scrap of reason or logic, you will undoubtedly come up with nothing.  Relying on hopelessly tacky hooks and meaningless lyrics to sell their first two albums – Cobra Starship was on thin ice, and needed a successful album to avoid oblivion.  Therefore Hot Mess truly is a make or break record.

Selling over 70, 000 copies and making it into the coveted top ten position on international billboards, Hot Mess seems to have ‘made’ it; though listening to the album in its entirety may indeed make you wish to ‘break’ it.

The most disappointing aspect of Hot Mess is not its horribly tawdry album art, or its contrived 80s dance feel, and not even the grating repetitive quality (though this certainly contributes to the records tedium).  No, these qualities can, with a certain detachment, be ignored.  But the album’s sheer and utter lack of any lyrical weight and integrity is slightly more difficult to overlook.

What is front man Gabe Saporta trying to convey to his group of loyal listeners?  Is he really indulging in such self-parody, that bragging about his ass is necessary?  From talking about his behind, to telling us he is incredibly attractive, to his incessant efforts to get us on to the dance floor, Mr. Saporta clearly has no problem in confidence; yet he may need to work on his writing ability.

The only honest and truthful statement Cobra Starship make, is found on their title to track two, "Pete Wentz is the Only Reason We’re Famous".  This is clearly correct, as Cobra Starship were discovered and signed by Wentz, and then went on to support Fall Out Boy on many tours.  In fact Hot Mess often resembles a Fall Out Boy record with its attempts at witty song titles, for example "Living in the Skies With Diamonds".  That sounds awfully familiar.  Wait didn’t some old pop band write a similarly titled song?

Yet if you can somehow tune out Gabe’s musings, and pay attention to the music, Hot Mess is a surprisingly tolerable listening experience.  The overt dance pop and frivolous disco beats makes for a very adequate background album at a high school party, where most of the patrons are already, or will soon, pass out from excessive alcohol consumption.  This is the optimal listening environment for Hot Mess.  A place where alcohol and/or hallucinogens are present, so the lyrics and melodies are easily forgotten and only the heavy synth and bass are heard and appreciated.

With that said, Hot Mess is sure to be spinning at most dance events and is already gaining extensive radio exposure, so listening to it before hand will give your nervous system a chance to form some sort of resistance and immunity to it.  Cobra Starship’s mass-produced sound includes all the essential factors to guarantee radio play.  Cheerleader chants, trite and far too many synth lines, mindless dance beats, ‘80s pop rip-offs, and digitalised vocals.  These aspects not only secure radio time, but also make Hot Mess a guaranteed commercial triumph.

When the topic of Hot Mess arises, the main argument in favour of the album is the pre-ordained hit single, "Good Girls Go Bad".  The song features everyone’s favourite bitch, Gossip Girl‘s Leighton Meester, singing backup vocals.  Plus the song includes the writing ability of American Idol judge, Kara DioGaurdi (albeit the new one…), and the production work of techno extraordinaire, Kevin Rudolf.  So with all these people on board the song was destined to succeed.  Whilst Ms. Meester should definitely not pursue a singing career (in fact she probably shouldn’t pursue an acting career outside Gossip Girl, but that’s a different matter…), she contributes some damn catchy vocals that entice the listener with her seductive, and clearly computerised tone.

When all is said and done, Hot Mess delivers a meaningless yet infectious group of songs.  Yes there is an integral focus on getting wasted, dance floors, blurry nights, punch-ups, break-ups and breakdowns.  Yes Gabe Saporta dresses like a day-glo clown, and the band could have quite possibly been named after a truly terrible movie involving snakes and planes.  But, that’s essentially what Cobra Starship are all about; senseless acts of cliché and kitsch.  However in spite of it all, Cobra Starship have mass appeal, a growing fan base, and have avoided oblivion; at least for the moment.

This record is certainly messy, but not too hot.

MP3 Stream: "Pete Wentz Is the Only Reason We’re Famous"