Riding off the tail end of a weekend filled with Florida music festivals, Nashville, Tennessee’s indie-pop band COIN was setting up for their 2020 Dreamland Tour in Tampa’s Ybor... 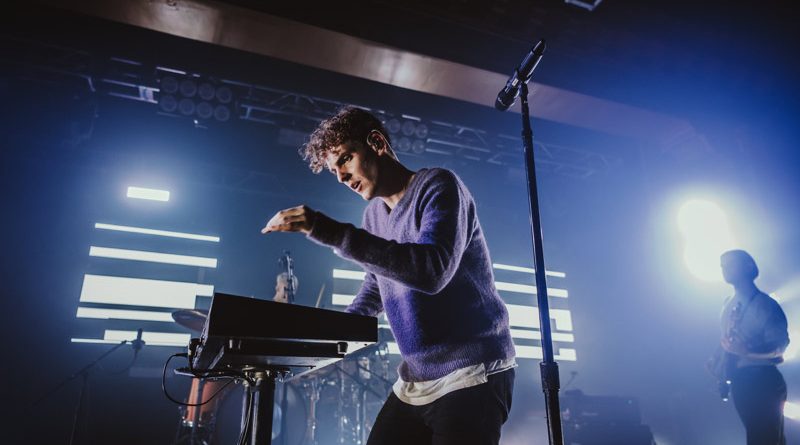 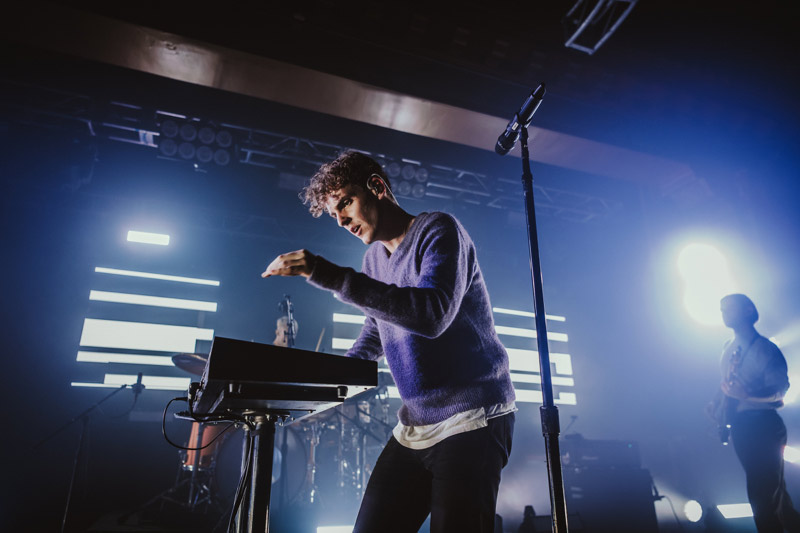 Riding off the tail end of a weekend filled with Florida music festivals, Nashville, Tennessee’s indie-pop band COIN was setting up for their 2020 Dreamland Tour in Tampa’s Ybor City on Tuesday, March 10th. The band brought the opening show of their largest headline tour ever to the sold-out venue, The Ritz. With opening band Sure Sure, the night would soon be filled with vivid lights, hearty vocals, and dancing among both band members and the audience. 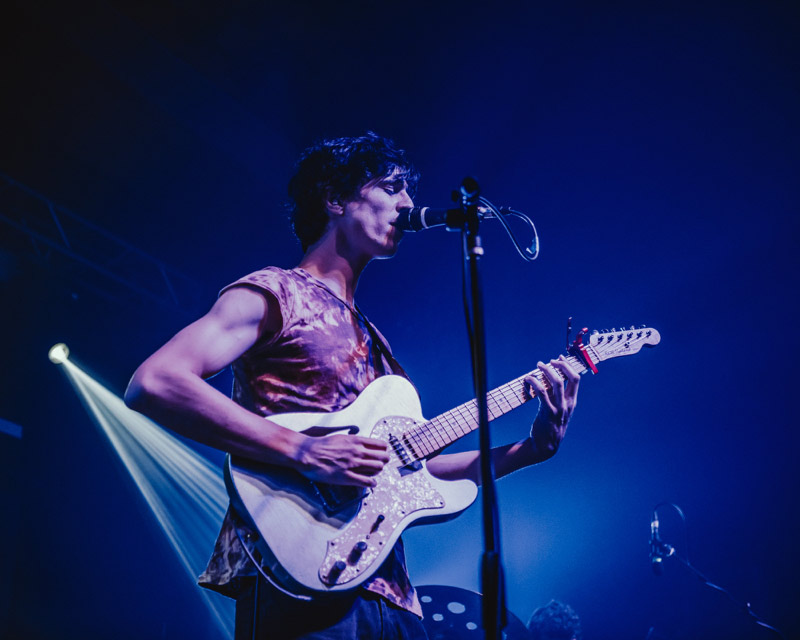 Native to Los Angeles, California, art-pop band Sure Sure made their way onto the stage under a vivid blue and purple glow. The four-piece band, consisting of keyboardist Chris Beachy, guitarist Charlie Glick, drummer Kevin Farzad, and producer Michael Coleman, got their start in 2014 with the release of several singles. The band eventually released their first self-titled album in 2018, following up with last year’s What’s it Like? and this year’s single “Funky Galileo”.

The band put on a riveting show to the hundreds of fans gathered in the music venue, with Beachy sounding off sweet keyboard notes and vocals, Glick ripping off guitar riffs and dancing about, Farzad pounding off boisterous drum beats, and Coleman moving between bass and sound board. Playing mostly under blue and purple lights, the band moved about the stage through an ethereal cloak of smoke as they energized the fans before COIN’s set. 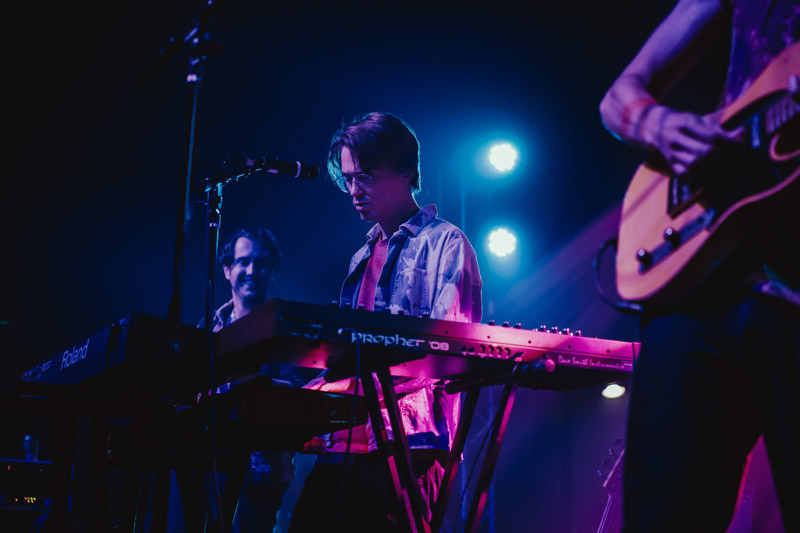 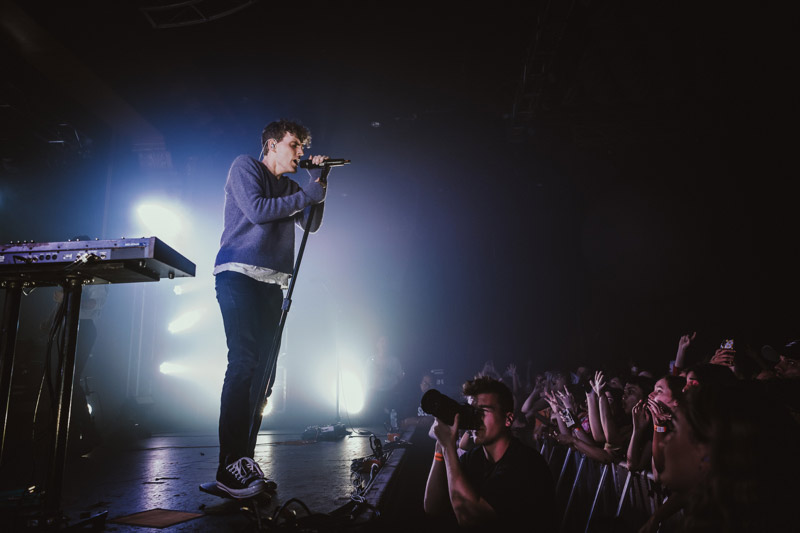 Click here for photos of COIN at 2022 Forecastle Festival in Louisville, KY in the QRO Concert Photo Gallery

Click here for photos of COIN from Bayfront Amphitheater in Miami, FL on July 20th, 2019 in the QRO Concert Photo Gallery

Click here for photos of COIN from Knitting Factory in Brooklyn, NY on February 9th, 2015 in the QRO Concert Photo Gallery

Taking time to clear the stage and setup for COIN, the group was soon ready to make their appearance under the deep red glow of the stage lights. Forming in 2012, vocalist Chase Lawrence, drummer Ryan Winnen, guitarist Joe Memmel, and touring bassist Matt Martin got their start with the release of two EP’s; Saturdays in 2012 and 1992 in 2013. The band later released their self-titled album in 2015, followed up by How Will You Know If You Never Try in 2017 and most recently Dreamland earlier this year in February. The band gained international acclaim after their song “Talk Too Much” off their 2017 album reached a chart position on Billboard’s Alternative Songs chart.

Opening with “Dreamland Sequence” from their latest record, the band wasted no time getting all their energy out to the crowd. With each member playing off their respective instrument’s notes, Lawrence immediately grabbed the mic of the stand and began parading around on stage, occasionally jumping on top of the speakers on each side of the stage to be closer to fans. With the haze of the smoke machines creating a dream-like visage, it was a fitting aesthetic to the band’s most anticipated tour. 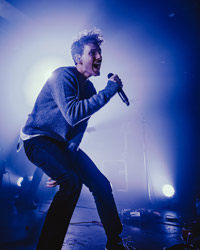 The crowd, consisting of both teenagers and fans alike, held nothing back and immediately begin to sing out with the band to every song, showing off their love for the band. It wasn’t just Tampa locals in the crowd either. Many members of the audience had flown all the way from Nashville to see the band on their opening night of the big tour, giving an idea on just how passionate these fans really are.

Performing a multitude of songs from almost every album and EP, the band put on their show for nearly an hour and a half. Closing with an encore of “Let It All Out (10:05)” from their latest album and the fan favorite “Talk Too Much”, the band gave it everything they had left when performing their last two songs of the night.

Before leaving the stage, Lawrence put his hands together in the air to create a heart, with the words “Listener, I love you. COIN” appearing behind him on a white screen. The four members gathered on the stage to bow and thank all who came out and made this show such a memorable opening for this year’s tour.

With such an exhilarating opening to their tour, COIN and friends Sure Sure left both the local fans and the Nashville travelers breathless and in awe. Promising to be back soon, the bands all gathered their instruments and made their preparations for the next stops of their tour. As many fans made their way out, some began to gather outside the tour bus, to bid one last goodbye to the band. COIN won the hearts of its most avid Tampa fans, and left everyone amped and eager for more. After bringing their own dreamland to Tampa Bay, it’s safe to say they will always be welcomed back, now and forever. 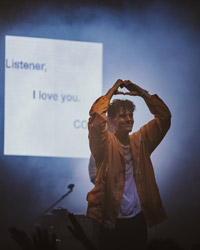 Dreamland Sequence
Into My Arms
Growing Pains
I Want It All
I Don’t Wanna Dance
Simple Romance
Boyfriend
Are We Alone?
Valentine
Cemetery
Babe Ruth
Malibu 1992
Hannah
Youuu
Nobody’s Baby
Never Change
Crash My Car
Fingers Crossed
Let It All Out (10:05)
Talk Too Much 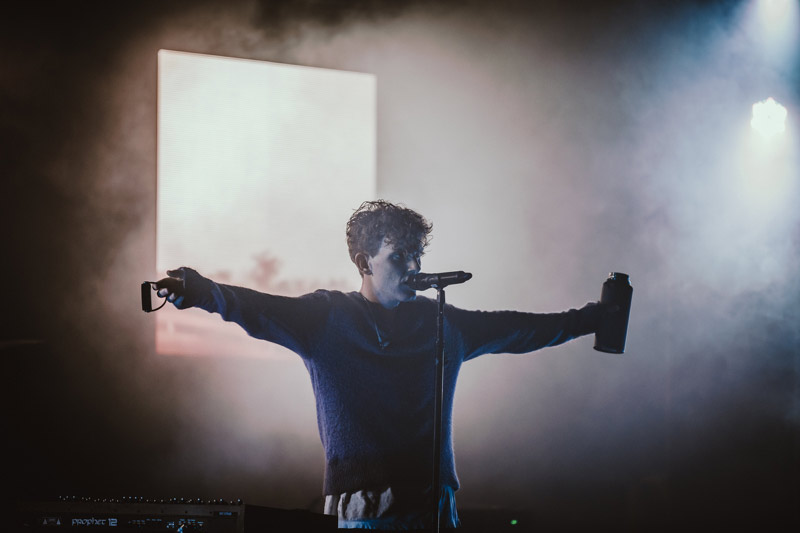