Cold War Kids and PAPA came to The Vogue in Indianapolis.... 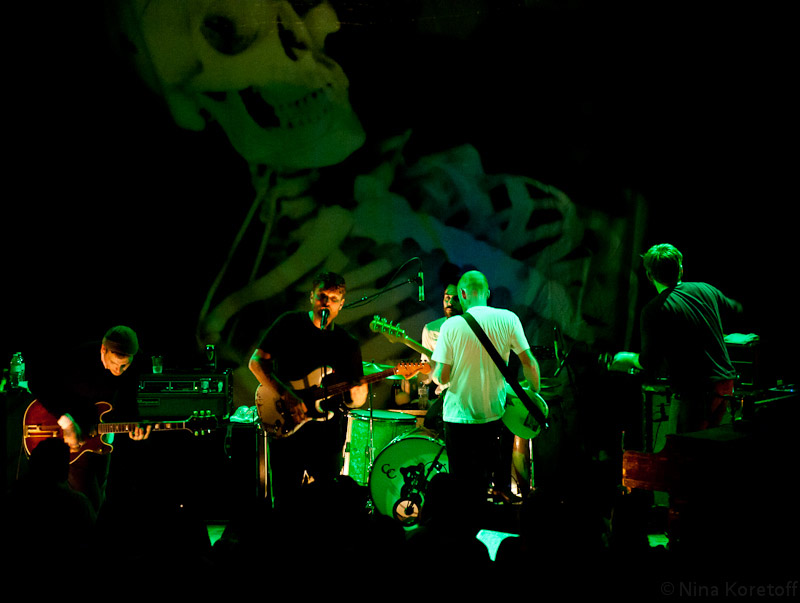 Photos of Cold War Kids at SXSW 2013 in Austin, TX

“Hang Me Up to Dry”, a single from Cold War Kids’ first album Robbers & Cowards, is one of those rare songs that both devoted and casual fans of the band agree on as supreme.  Cold War Kids’ music is generally polarizing, but even many detractors get on board for this one exception.  Singer Nathan Willett wails over a heavy and steady riff, a contrast that inexplicably works despite the fact that similarly misplaced vocal bombast is the primary complaint about much of the rest of their music.

Live performance is a more fitting platform for going over the top, so it is not surprising that Cold War Kids have always gotten greater accolades as a live act than as recording artists.  During their current tour, they were originally supposed to come to Indianapolis in June, but had to reschedule to this past Sunday, September 29th, due to an emergency.  It is a testament to the loyalty of their fan base that The Vogue was still packed after this postponement, especially given that this rescheduled date and time coincided with the Breaking Bad series finale. 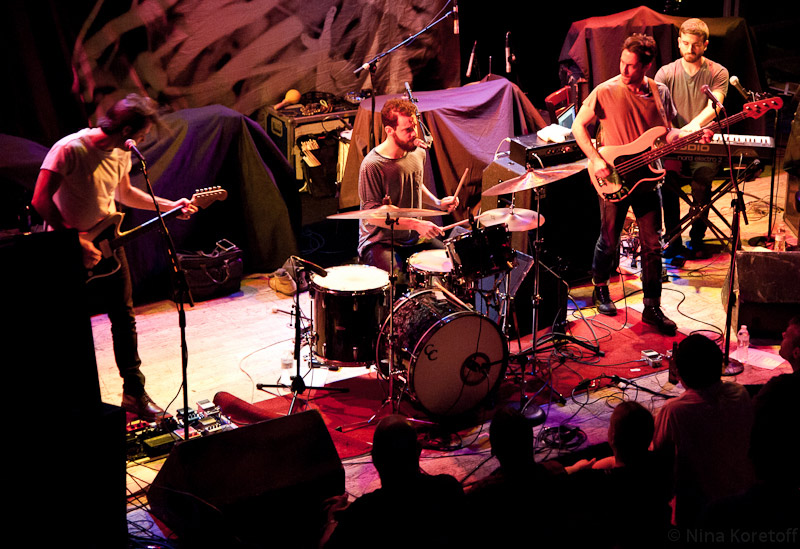 Click here for photos of PAPA the next day at The Bishop in Bloomington, IN in the QRO Concert Photo Gallery 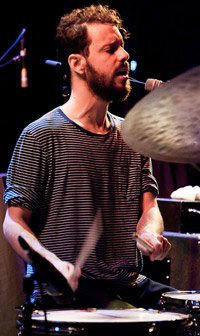 Opener PAPA was pretty compatible in sound.  They played competently-written and tightly-played indie pop/rock.  The greatest difference was the gentler vocals, often reminiscent of ‘80s pop.  Clearly the driving force for this band is singer/drummer Darren Weiss, whose day job was drummer for indie band Girls.  One would think the physical constraints of drumming and singing simultaneously would preclude any further stage presence, but his seemingly innate showmanship shined through.  His ability to win over a crowd that was previously unaware of the band’s existence was impressive.  A surprising and relatively subdued cover of Patti Smith’s “Because the Night” somehow worked before they turned the stage over to Cold War Kids. 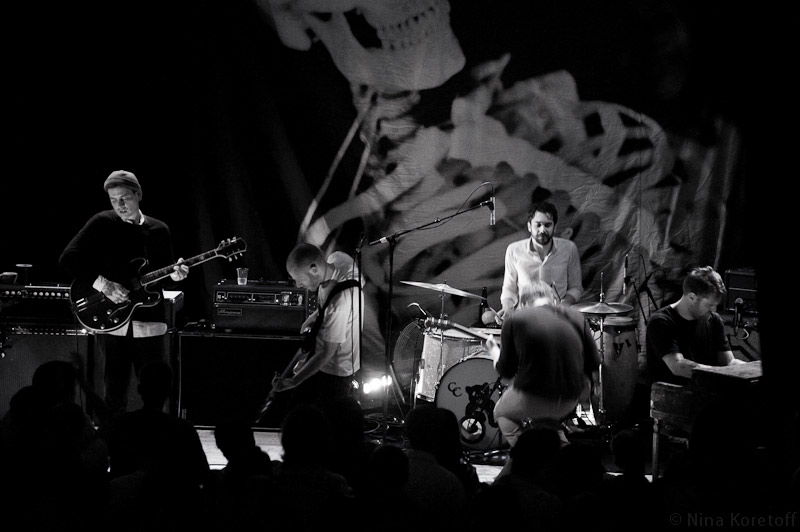 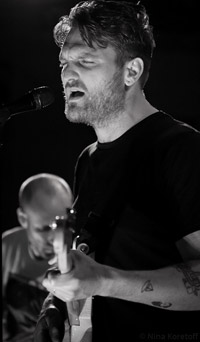 The headliner’s set was energetic and songs were played faithfully with Willett’s vocals stretching out even a little more than in studio.  However, the song in which his vocals are most effective, “Hang Me Up To Dry”, rendered him expendable because he could barely be heard over the spontaneous sing-along.  The song’s laundry-based metaphor for relationship woes clearly strikes a chord with many, as evidenced by a number of audience members who defiantly shouted the lyrics as if they were using them to break up with an imaginary partner on the spot.  It was solid but anticlimactic after this song was played mid-set.  Ultimately, the crowd left satisfied but in a hurry to go watch Breaking Bad.

God Is an Astronaut – Live