Coldplay – A Head Full of Dreams

Coldplay are not going to win any new fans at this point, which is fine, as they’ve already got more than enough. But 'A Head Full of Dreams' is... 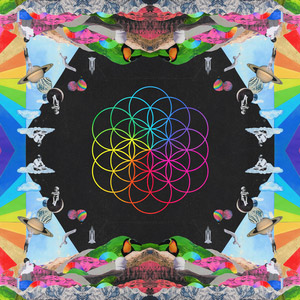 Coldplay are one of the most successful contemporary rock bands out there these days, but have always struggled with legitimacy. They’re widely liked, but that appeal often seems thin, and they’re also easy targets for derision. They became tabloid fodder when singer Chris Martin married, and then “consciously un-coupled,” actress Gwyneth Paltrow (another subject of wide appeal & derision). A Head Full of Dreams is not going to change that, but Coldplay do know how to make a relatively enjoyable listen.

Currently hot influences abound in Dreams, from the tropicalia of the title track/opener, disco on “Adventure of a Lifetime”, and the requisite big name collaborator, none other than Beyoncé, on “Hymn for the Weekend” (not counting the snippet of President Barack Obama singing “Amazing Grace” at a funeral in “Kaleidoscope”). Yet these feel out of place, even desperate with regards to “Weekend”, which tries to be a party anthem, but is much more a party “Hymn”.

Instead, Dreams is best when Coldplay is Coldplay. Particular standout is “Birds”. Nestled between singles “Dreams” and “Weekend”, it is catchy and bright without being too catchy and bright (a current trend that Coldplay has thankfully not adopted). Meanwhile, the expansive “Fun” sees Martin plead his best (also featuring Tove Lo), and closer “Up&Up” nicely does uplift.

Coldplay are not going to win any new fans at this point, which is fine, as they’ve already got more than enough. But A Head Full of Dreams is still some nice Coldplay.