<img src="https://www.qromag.com/wp-content/uploads/2011/11/coldplaymyloxyloto.jpg" alt="Coldplay : Mylo Xyloto" /><br /> With their fifth and latest album, Coldplay are the catchy and romantic group many know and love.<span>  </span>But at the same... 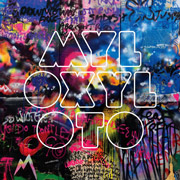 Coldplay’s first three albums had subtle differences, but almost felt as though they were separate entries in a trilogy of some sort.  Tremendous as they were individually, they didn’t necessarily demonstrate an evolution in sound from one to the next (try listening to “Clocks” and “Speed of Sound” back to back).  However, since 2008’s Viva la Vida or Death and All His Friends (QRO review), where Coldplay branched out and united with famed producer Brian Eno, they have been on a journey to take things in a direction they hadn’t previously.  With their fifth and latest album, Mylo Xyloto, they are the catchy and romantic Coldplay many know and love.  But at the same time they are a new band both sonically and artistically.

Electronic-based elements surface this time around as evidenced on the extremely upbeat and exciting “Hurts Like Heaven”, as well as the album’s first single “Every Teardrop Is A Waterfall” with its catchy synths, and “Up With the Birds” with its nature-like soundscapes.  Hip-hop is another new territory explored on Mylo Xyloto with the heavy beat of the album’s second single “Paradise” as well as the appearance of Rihanna on the track “Princess of China”.  This continues the hip-hop-infused trend Coldplay became associated with back in 2007 when Chris Martin was featured on the Kanye West song “Homecoming”, and it continued when they featured Jay-Z on the track “Lost+” (an alternate version of “Lost!” from Viva la Vida) in 2008.  But even with these new elements, the album still demonstrates a Coldplay that have gone back to their acoustic roots with songs like the fabulous “Us Against the World”, “Major Minus”, and “U.F.O.”

Throughout their career Coldplay have caught a lot of flack for the emotionality of their music and its sometimes ‘sappy’ feel.  But emotionality is what makes Coldplay great.  It is easy to spot emotionally void music from a mile away and that music is horrid.  After all, what is music if not an expression of emotion?  This has created a rather interesting paradox in Chris Martin, in that he both cares that his albums will be considered ‘good’, but at the same time doesn’t care what people think because he is making music that he and the rest of Coldplay believe in.  And if the band’s progression from their beginnings to now is any indication, he can rest assured that they will have many more years of great music making ahead of them.

Martin has hinted that Mylo Xyloto could possibly be the Coldplay’s last album.  But he said something similar after their second and arguably best album A Rush of Blood To the Head came out almost ten years ago and look how far they’ve come since then.  It’s true that this type of work can be some of the most tiresome, especially on the scale that Coldplay does it.  But if they keep refusing to box themselves in and explore the territories they are really capable of occupying as a band, then their best work may very well be yet to come.