<img src="http://www.qromag.com/wp-content/uploads/2010/07/colinhayjul15.jpg" alt=" " />Colin Hay was scheduled to perform a solo acoustic concert, but what transpired was a hilarious evening of storytelling, interspersed with songs. ... 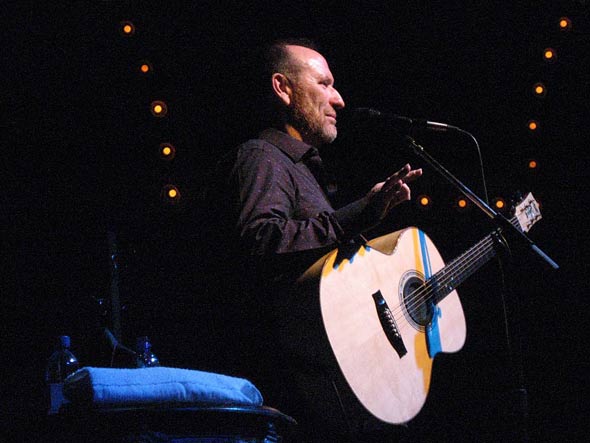 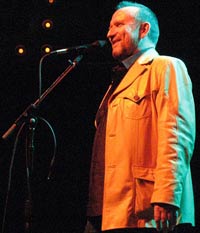 Colin Hay was scheduled to perform a solo acoustic concert at Portland’s Crystal Ballroom on Thursday, July 15th, but what transpired was a hilarious evening of storytelling, interspersed with songs.  The former lead singer of Men At Work has struck upon a concept that really connects with his audience and, in turn, finds him in the midst of a career resurgence.  After the break up of Men At Work in the mid-eighties, Hay embarked on a solo career that has had its ups and downs.  But starting with his inclusion on the 2004 Grammy-winning soundtrack Garden State, he has seen his profile increase.  In fact, later in the evening he profusely thanked Zack Braff for including his song "I Just Don’t Think I’ll Ever Get Over You" on the soundtrack. 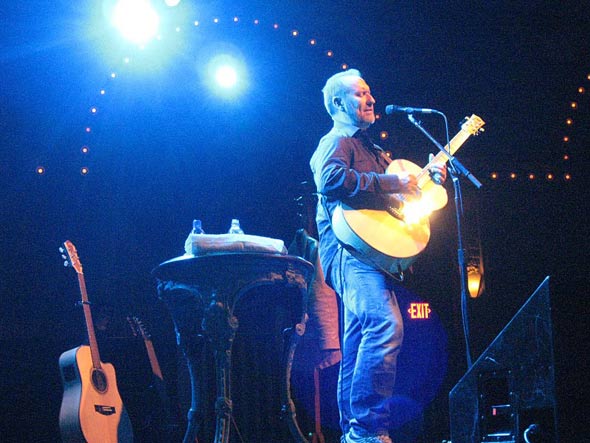 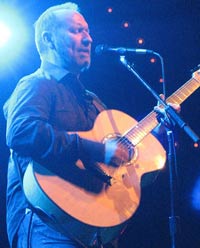 He began the night talking for the first 15 minutes before playing a single note and immediately had the audience in stitches.  Sprinkling in between songs stories of being paid to sing and dance to Kool & The 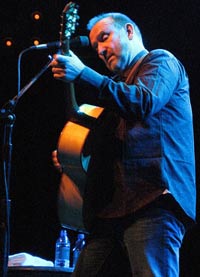 Gang’s "Celebrate", to Paul McCartney doing dishes at his house, enlivened the night.  Hay playing solo also showcased his excellent guitar work that wasn’t as evident when he was in Men At Work.  Speaking of Men At Work, his versions of "Who Can It Be Now", "Down Under", and "Overkill" gave the songs a fresh re-working that was brilliant.  Another story he told was of an audience member asking him to play the song with the line, "Goats appear and fade away."  This of course was "Overkill" with the actual lyric being, "Ghosts appear and fade away." 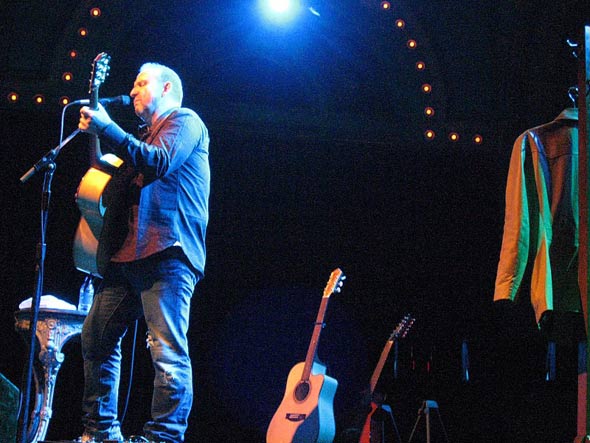 Other highlights were songs from his solo output including "Waiting for My Real Life to Begin," "Beautiful World," and "Oh California" from his 2009 album American Sunshine.  Truthfully, the entire night was a revelation of a veteran musician stripping things back in order to take his songs to even greater heights. 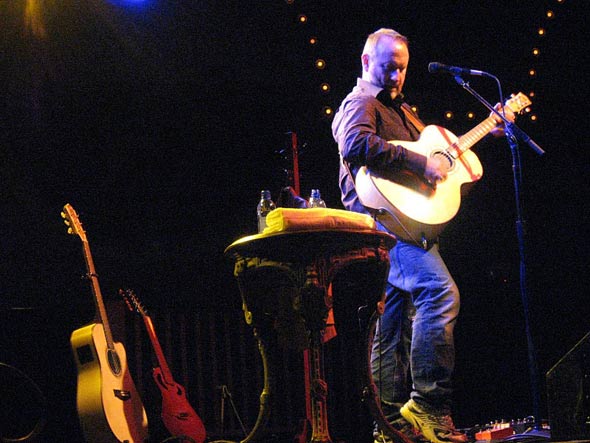