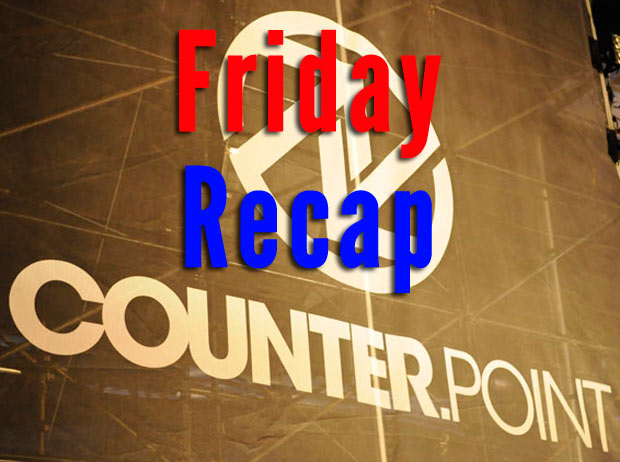 The Disco Biscuits’ annual ‘Camp Bisco’ (QRO recap) in upstate New York has grown into one of the best melds of the two most popular types of festivals, jam & electronica, and in 2012 the people behind Camp Bisco – along with those behind huge events like Lollapalooza & Austin City Limits (QRO recap) – came down south to Dixie with CounterPoint Music & Arts Festival.  Located close to downtown Atlanta, CounterPoint ran Thursday-Saturday, September 27th to 29th.

Friday was a hot day with fairly low humidity for the Atlanta area.  Bouckaert Park was located about twenty minutes from anything, so it was a good location for the largest electronic festival in the Southeast. 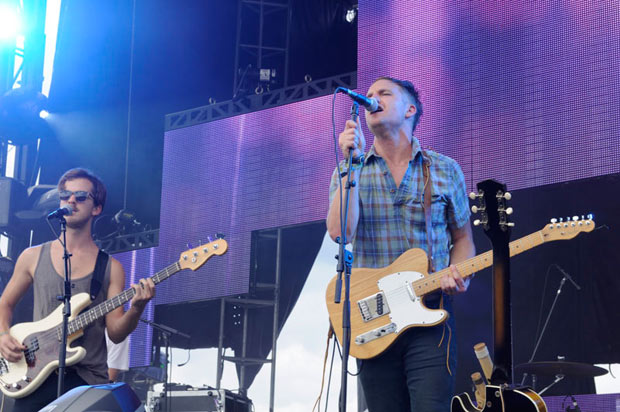 Click here for photos of Gardens & Villa at SXSW 2012 in Austin, TX

Click here for photos of Gardens & Villa at 2011 Constellations Festival in Leeds, U.K.

Click here for photos of Gardens & Villa at Lexington in London, U.K. on November 3rd, 2011 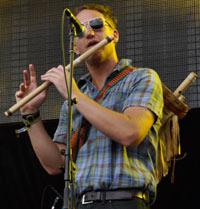 Gardens & Villa played second on the bill.  The California band’s singer starting out with flute music created a fresh opener.  Soon the other band members joined in and made beautiful sounds to go with the singer’s lush vocals.  After a few slow numbers, including a sensuous cover of Fleetwood Mac’s “Gypsy”, Gardens and Villa played dance tunes that got the audience going.  They are definitely an up and coming act. 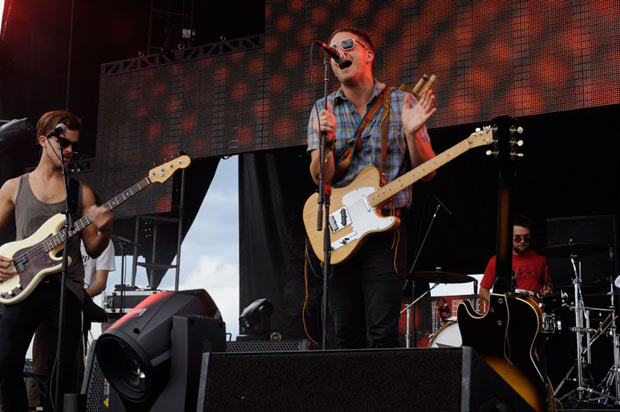 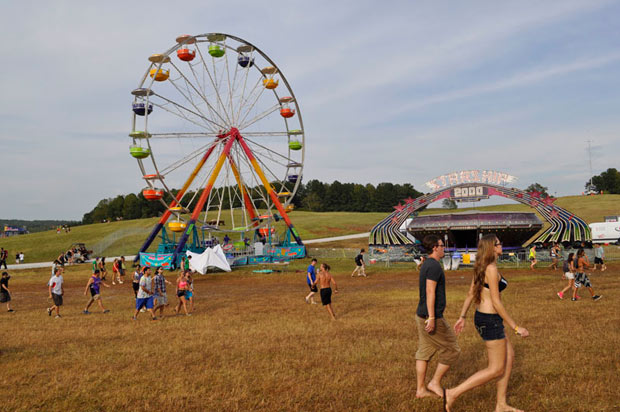 As the stage was being cleared, the air became breezy.  Suddenly, there was an announcement that the grounds needed to be evacuated by order of the National Weather Service.  The audience was told to go to their cars.  A sudden, strong storm hit the grounds for about 45 minutes.  Tents were drenched.  After the storm, it took about 20 minutes for the acts on the main stages to start again. 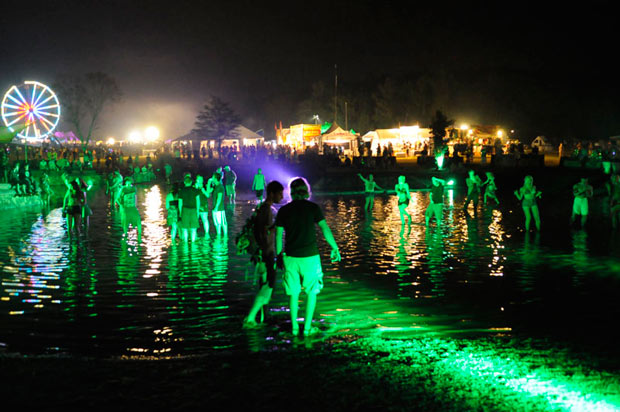 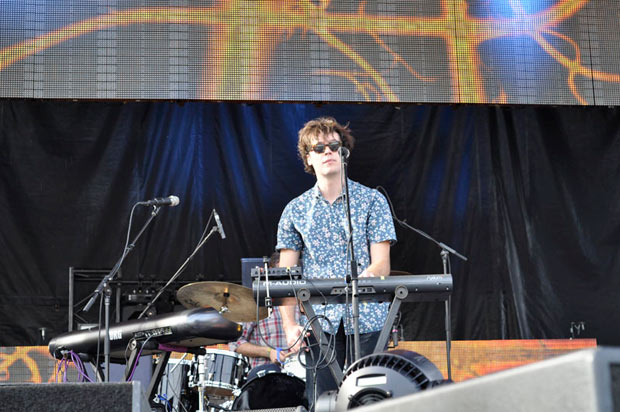 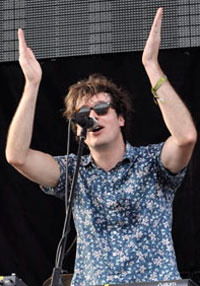 Click here for all of QRO’s coverage of Washed Out in the ‘Spotlight On : Washed Out’ feature

Ironically, the next act to play was Washed Out, who performed with a full band.  This gave the music a much fuller sound than when Washed Out has performed with just a keyboard.  The other band members played keyboard, bass and keyboard, and drums.  The bassist-keyboardist and drummer are brothers.  Main member and Georgia native Ernest Greene’s (QRO interview) voice was very clear and smooth despite the downpour. 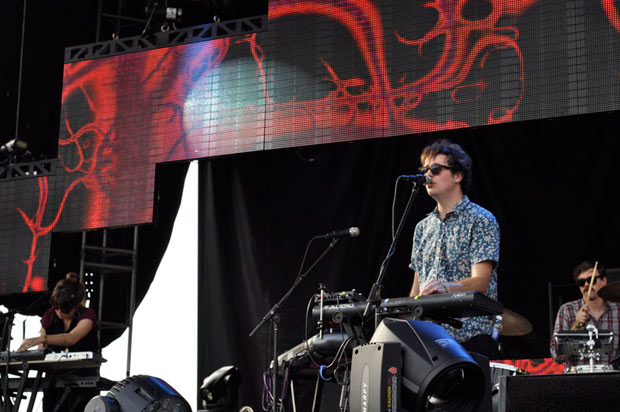 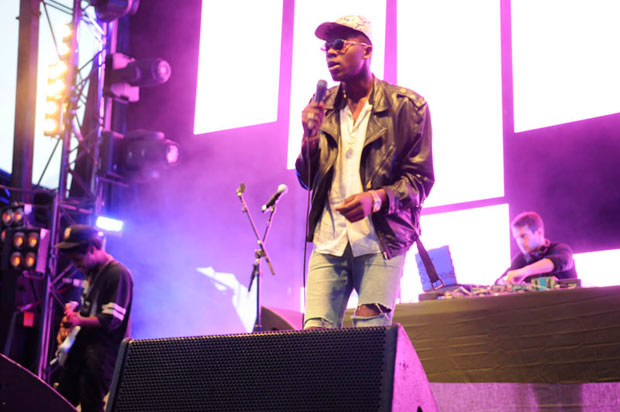 Photos of Theophilus London at CMJ 2010 in New York, NY

Photos of Theophilus London at CMJ 2009 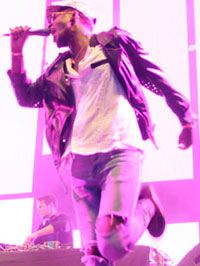 M83 cancelled because of water damage to their equipment and were replaced by Theophilus London.  The NYC rapper infused rock and soul into his act, which was supported by a full band.  There were several breakdowns, heavy drum and bass, and fast beats, as the singer was very energetic.  “Hey Big Spender” and a Whitney Houston song played behind their own music.  The band played in backlighting about 90% of the time but used full color backgrounds and strobes from top of stage. 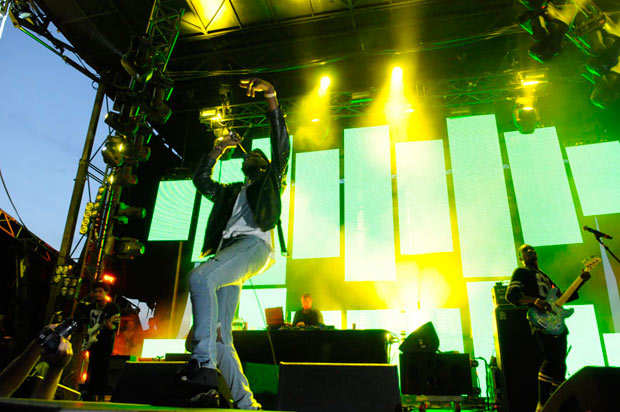 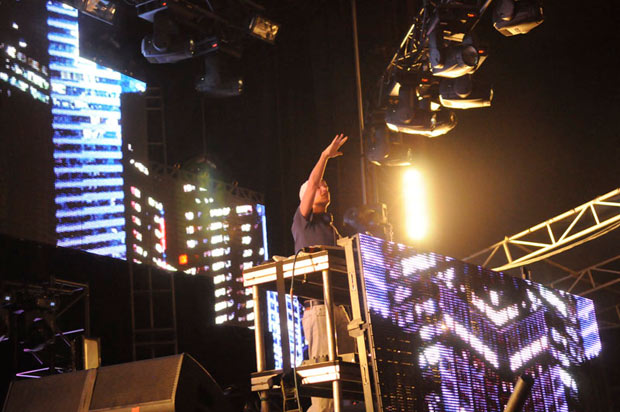 Photos of AVICII at 2012 Ultra Music Festival in Miami, FL

Next was AVICII, a DJ extraordinaire who used heavily reverberated keyboards and various styles of music.  He played renditions of “Baba O’Reilly” by The Who and “The Tracks of My Tears” by Smokey Robinson.  All songs flowed together with wonderful transitional pieces.  Placed behind a giant LED screen, graphics included worldwide times, his name, lines and flowing curves.  Colored spotlights shot out from the stage at various times, shining on the audience and then into the sky.  Although many songs with vocals were pop based, the instrumentals were sometimes classically based. 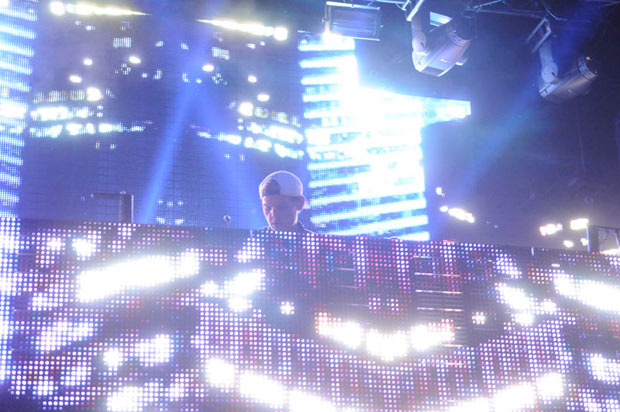 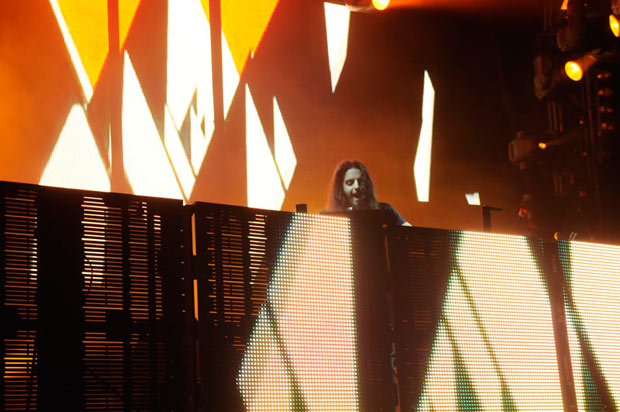 Click here for photos of AVICII at RIMAC Arena in San Diego, CA on September 10th, 2011

Click here for photos of 2012 Camp Bisco in Mariaville, NY

Bassnectar also played behind an LED wall where only his head was visible.  The long aired DJ started the largest audience of the night rocking immediately and never slowed down.  Definitely the user of the most dubs/wubs, he was an excellent follow up to AVICII’s set.  His songs didn’t really transition.  As one song ended, another began immediately.  But the audience didn’t mind. 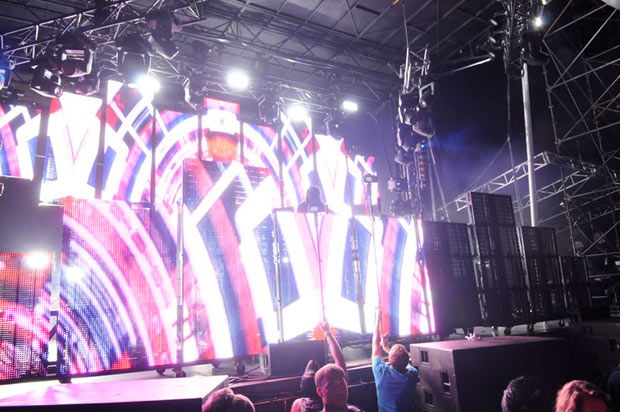