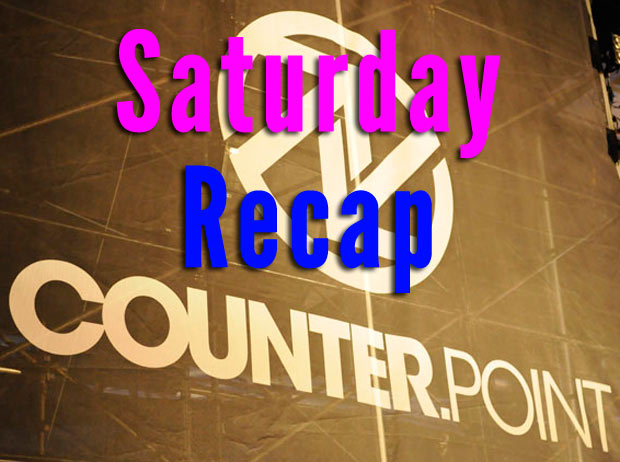 The Disco Biscuits’ annual ‘Camp Bisco’ (QRO recap) in upstate New York has grown into one of the best melds of the two most popular types of festivals, jam & electronica, and in 2012 the people behind Camp Bisco – along with those behind huge events like Lollapalooza & Austin City Limits (QRO recap) – came down south to Dixie with CounterPoint Music & Arts Festival. Located close to downtown Atlanta, CounterPoint ran Thursday-Saturday, September 27th to 29th.

Saturday was overcast but there was no rain.  This made the experience more pleasurable, especially for those that were dancing or performing. 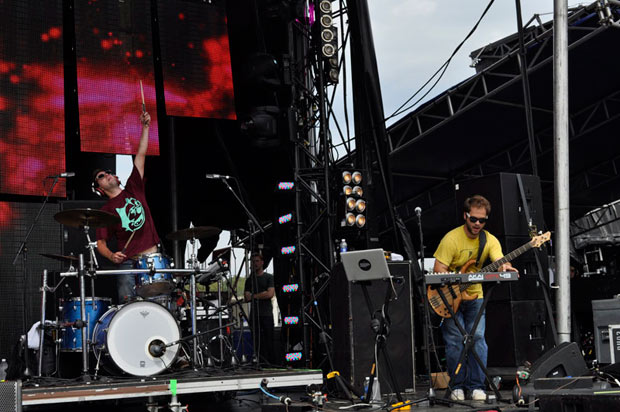 Zoogma from South Carolina said, “We’re proud to represent the Southeast” at the start of their set.  The young band created instrumental music with a jazz-fusion edge, as styles ranged from rock guitar grooves to soothing keys and violin to progressive to bouncy techno with rap and/or soul backing tracks.  The audience was happy when they covered “Starry Eyed” by Ellie Goulding (QRO live review).  Zoogma gave out free CDs at the end of their set. 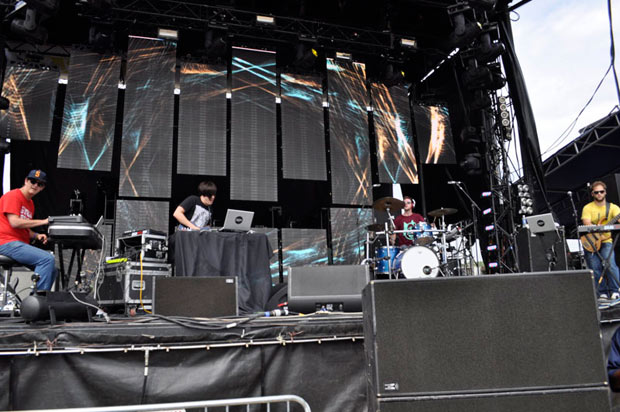 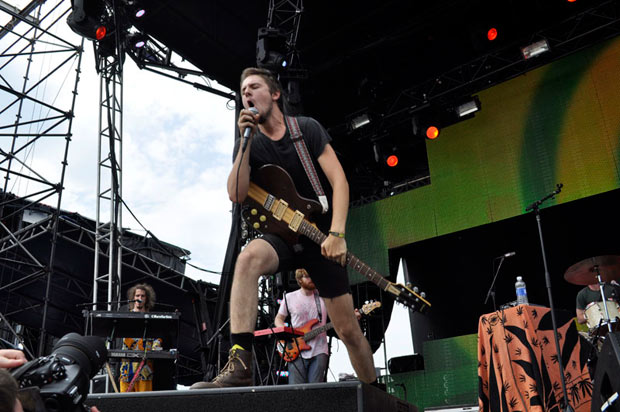 Photos of Reptar at ‘Seaport Six’ at Bank of America Paviiion in Boston, MA on June 14th, 2012

Photos of Reptar at Bowery Ballroom in New York on April 14th, 2012

Photos of Reptar at 2011 Governors Ball in New York, NY 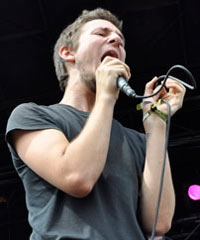 Reptar from Athens, Georgia mentioned, “It’s been a second since we’ve been here.”  Reptar has been on the road constantly touring their new wave influenced indie-pop.  The keyboardist, drummer and guitarist were the most energetic in the band, however the bass player lost his glasses two songs in due to sweat and head banging.  As the set went on, there came a point where the last few songs sounded heavily influenced by Rush. 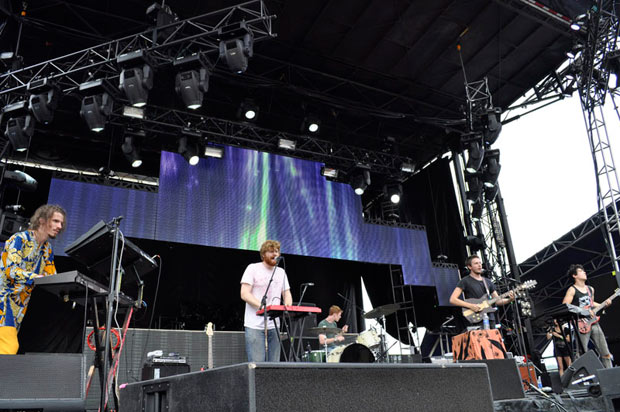 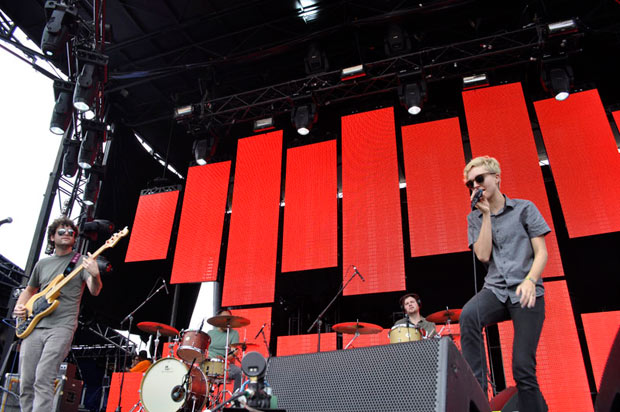 Click here for photos of Poliça at 2012 Osheaga Music Festival in Montreal, PQ, Canada in the QRO Concert Photo Gallery 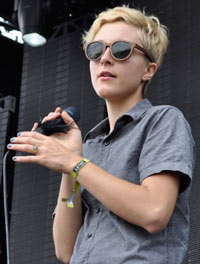 The female Thom Yorke has been found.  It’s Channy Leaneagh, the lead singer for Poliça, the Minneapolis offshoot of GAYNGS (QRO album review).  She sings just as clearly and angelically as Yorke but her range is a bit lower.  Her band also resembles Radiohead (QRO live review) excepting the live keyboards and guitar.  Keyboards are pre-programmed and started by the bass player and there is no guitar.  The band consists of two excellent drummers who lay down downbeat and upbeat rhythms equally well as the bass player blends in perfectly.  When the bassist and singer harmonize for more than a few seconds, it becomes almost a duet.  The smooth, sweet music has enough of a danceable beat that the singer can dance the slow, flowing Yorke-esque style and the audience can also. 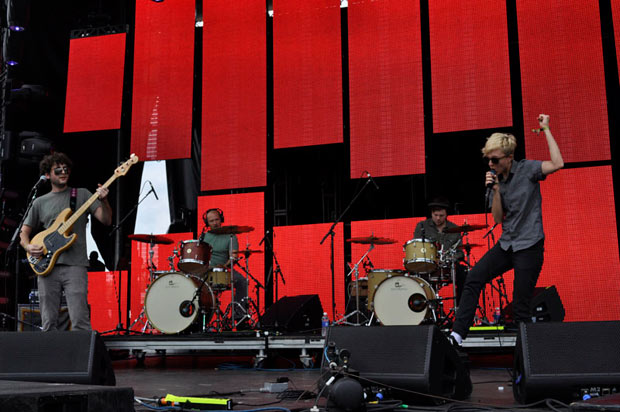 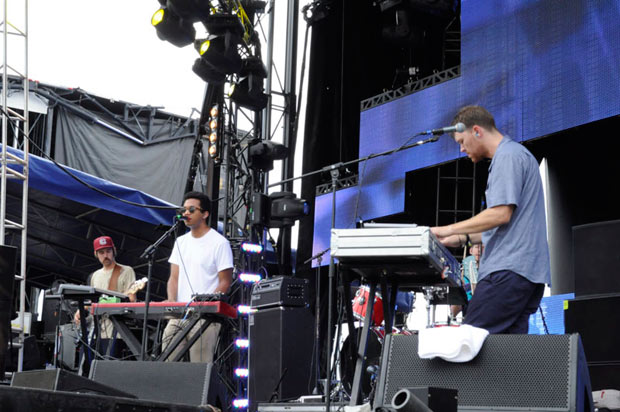 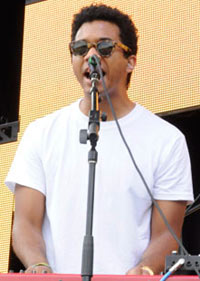 Toro Y Moi is a funk and soul infused indie pop band from South Carolina.  They showed a bit of a nod to Bloc Party (QRO album review) with the rhythm section, but the bassist got much funkier.  Keyboards were prominent and the guitarist also manned a keyboard.  The singer’s mid-range voice soared as he played sparkling keyboards and distortion synth accents.  They were a wonderful afternoon in the park band that also would be fabulous at night with stage lights. 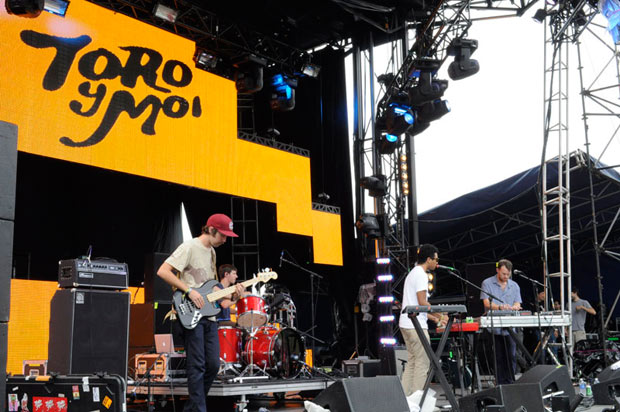 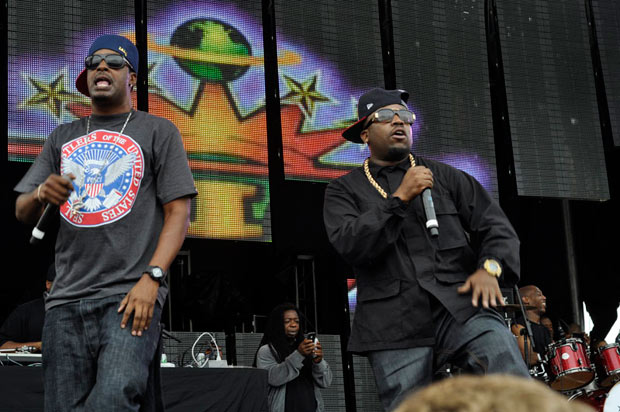 Photos of Big Boi at 2012 Camp Bisco in Mariaville, NY 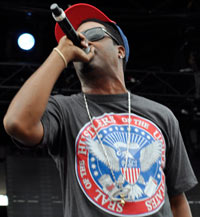 Big Boi shouted out to Atlantans, “If you’re at home, you’ll never leave,” and he meant it.  As he led the crowd in many sing-a-longs, the bass was almost as heavy as the humidity.  Old school audience instructions are always a big part of Big Boi’s show and probably will be forever as long as his spectators follow them, as they definitely did at this show.  Lots of people sang whatever they were asked by the band, and many knew the lyrics and sang along and danced. 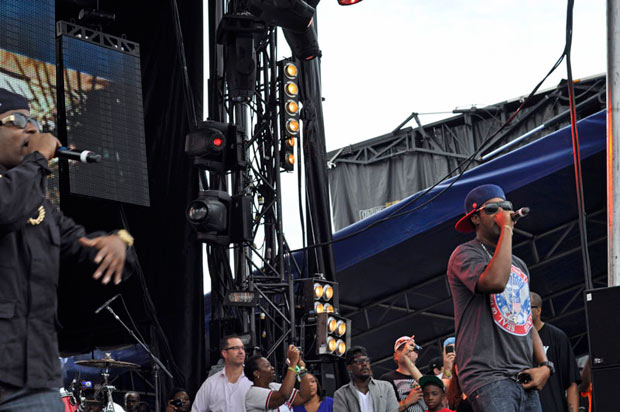 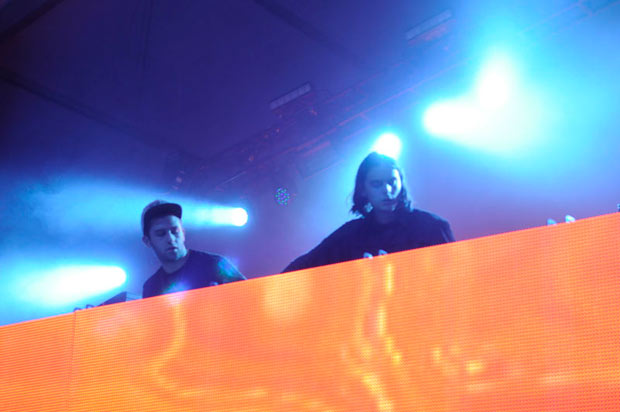 Zeds Dead are DC and Hooks, two DJs with huge talent for blending alternating heavy bass, techno and dub keyboard parts.  The internationally famous Canadian duo played behind an LED screen, but kept it colorful and the screen was low enough to be able to see their upper bodies.  Zeds Dead had no problem pleasing the large crowd in the Beat tent, getting people dancing even outside as they played their own music and remixes, including a song from Gorillaz (QRO album review). 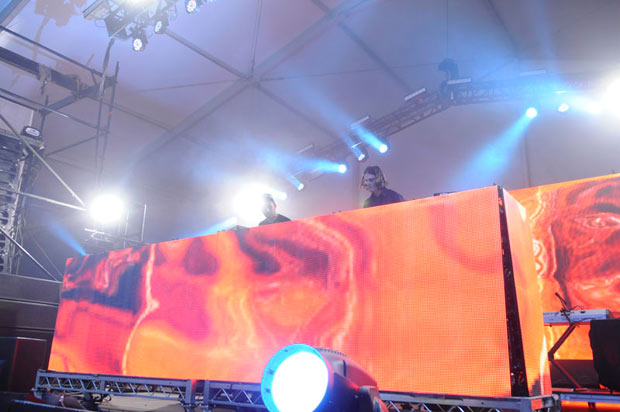 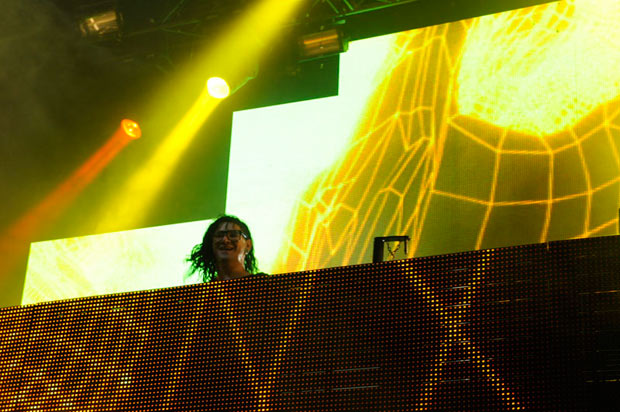 Click here for photos of Skrillex at 2012 Camp Bisco in Mariaville, NY in the QRO Concert Photo Gallery

Click here for photos of Skrillex at 2012 Ultra Music Festival in Miami, FL in the QRO Concert Photo Gallery

Click here for photos of Skrillex at La Zona Rosa in Austin, TX on September 16th, 2011 in the QRO Concert Photo Gallery

Click here for photos of Skrillex at The Glasshouse in Los Angeles, CA on June 23rd, 2011 in the QRO Concert Photo Gallery 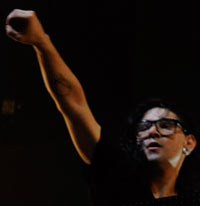 Back at the main stage area, Skrillex began his show involved in lots of smoke and lights, so much so that it was nearly impossible to see him amongst the two.  He either blended into the darkness between lights or the bright color emitted from them.  The LED screen also helped hide him for most of the show as well as a few laser beams.  However, he would lean forward to talk and raise his hand with the music’s glissandos.  And for the largest audience of night, the friendly, vocal DJ specifically played a song for Georgia and asked how they were feeling.  Two reggae style songs that were recorded with Damian ‘Jr. Gong’ Marley were the most popular songs of his show.  On Skrillex’s last song, sparkly fireworks shot from the top of the stage. 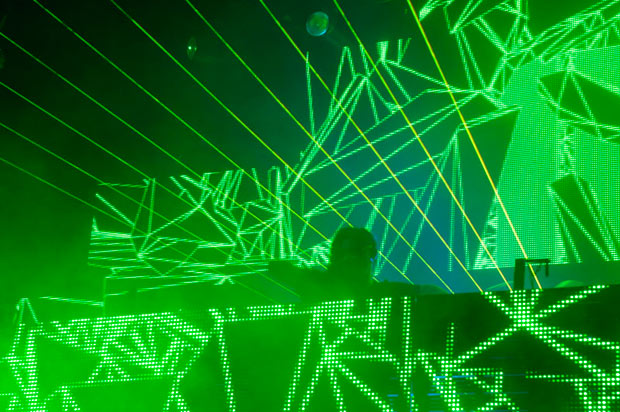